Newer PostWhat’s with All of the Alcohol Flavored Supplements Lately?
Older PostRonnie Coleman Put Bodybuilding on His Back: Was It Worth It? 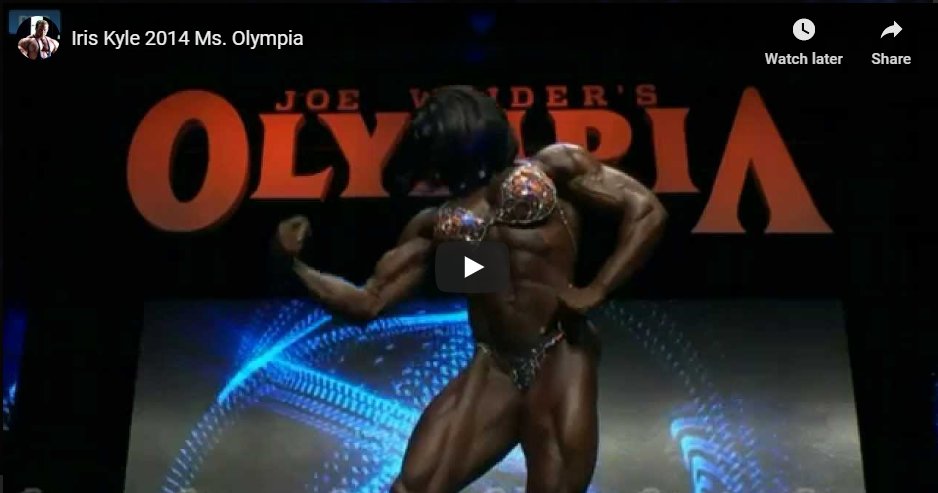 Everyone, the world over, is beyond excited at the return of Women’s Bodybuilding to the 2020 Olympia Weekend. When the division was first removed, many of us scrambled to figure out ways to keep it. When all hope seemed lost, a few of us even wrote up a petition, thinking that maybe if enough people signed it, that the then owners (AMI) would reconsider. The bottom line was all about dollars and cents. The division wasn’t making them the returns they had wanted. The problem is, AMI didn’t know to do anything to properly promote muscular women.

If it made money, great, they’d keep it. If it failed, they’d scrap it. This is how the old owners used to do things. Bodybuilding wasn’t a priority for them; the Olympia was simply part of the deal they’d struck to get the magazines. I don’t think that anyone from that organization was particularly enthused with who won and/or what the fans wanted. It was just business for them. Had they had any interest and had they familiarized themselves a little more with the fans, the division would never have left us. That last Ms. Olympia, saw Iris Kyle, the greatest women’s bodybuilder of all time, earn her 10th title. Ten Olympia titles surpasses everyone. Lee Haney and Ronnie Coleman have 8 each, Iris has two more than either one of them, making her the undisputed best athlete in the division. And while she did retire, she looks as good as ever, and there seems to be a great interest in returning to the stage. The Las Vegas native, owns her own cafe and supplement store at the prestigious City Athletic Club, and her presence would undeniably raise the hype for the contest, give the media plenty to talk about, and of course, sell more tickets. Having Iris Kyle on the bill is a no-brainer, the question is, will she compete?

If you don’t think Women’s Bodybuilding has changed since Iris Kyle’s last win, then you’re nuts. The current champions know this because they’ve helped set the standard for the new look. I wouldn’t say that today’s look is necessarily superior to that of just half a decade ago, but the sport has gone in a different direction, and anyone who wants to win today, would almost have to follow suit. Bodybuilding is a sport of apples and oranges, but there have been times when the sport changes gears. In 2005, the 20% Rule was aimed at reigning in the division. It was deemed that WBB was getting too big, too hard, and they wanted to scale it back. Who knows, if the 20% Rule had really stuck, maybe there never would have been a need for Women’s Physique. What separates then from now, is that the 20% Rule lasted, at most, one year, and the current look of WBB has consistently stayed true for years. It’s this new direction, coupled with the vision of Jake Wood and his Wings of Strength empire, that brought about a renaissance. Women’s Bodybuilding doesn’t return quietly, it’s coming back with class, riding a wave, shooting straight to the top. It’s most definitely the hottest division in physique-based sports today.

Can Iris beat the current champions given the current direction of the sport? I think so. It’s all about the game plan. No one outworks Iris – NO ONE. Even back in 2005 when she was defeated by Yaxeni (who is also coming out of retirement to compete at the 2020 Ms. Olympia), Iris went back to the drawing board and was ready to bring a winning physique relative to the new rule. When that rule was essentially done away with, she stayed her normal course, and went on to win a handful of more titles. The point is, however, that 20% less or not, it would only have been a matter of time until she was back in the winner’s circle.

Some might say Iris won enough times and that it’s the current ladies’ time. I think that point is rather absurd, especially for the Olymipa. The Olympia is where the very best athlete in each division is crowned. If you’re going to be #1, you have to beat everyone who shows up. Imagine a lady being crowned Ms. Olympia on a stage that is just a car ride away from Bodi Cafe. That’d be kind of silly. How can anyone say they’re the best, when the greatest Women’s Bodybuilder of all time lives and works just down the street. Now, if Iris was truly retired for good and had zero interest in competing, then that’d be a different story. Otherwise, I’d think the winner of the contest would want to have Iris there, she’d want to battle with her, and she’d want to beat her. Not too many women know what this feels like. And quite a few ladies would dread to share a stage with a 10x champion, but oh well, this is the MS. OLYMPIA, this the crown jewel of physique-based sports. This is where the real battles take place. Anyone who can’t handle the heat, had better get out of the kitchen!!

If Iris competed you can rest assured she’d psych everyone out. Yaxeni has a bit of that too. You see it with the men, as well. Look at Dexter Jackson all these years, even when Phil Heath was competing, his presence was always felt. It’s one thing to compete against other champions, but when you have an Olympia winner in the mix, the stakes get that much higher. One of the biggest things new champions lack, is the self-confidence of an Olympia winner. They don’t know what it’s like to win at the biggest stage in the world, to be the one person the whole division looks to, and they don’t know what it’s like to have a target on your back. Even if Iris said nothing, even if she made no facial expressions, even if she wore a cloak, her presence and her 10 wins go wherever she goes. Psychologically that can spell disaster for the newer ladies she’s never battled. For a fellow champion like Yaxeni, seeing Iris, is a combination of a stroll down memory lane and the adrenaline to battle one more time!

Women’s Bodybuilding is COOL!! Don’t forget that. It’s as cool as the men, as much of a battle, and the pose down is where the ladies really battle to the wire. Imagine the whole world setting their sights on that stage, with light shows and camera flashes all throughout the venue. It’s like I can see Iris up there and some ladies posing off with her and others avoiding her like the plague. And how could I forget the press conference?!?! While the guys no longer pose down, could you imagine if the women did? And why not? It’s their first year back, so why not show everyone, the way it’s done?!?! The marketing potential of having Iris included is a total gamechanger.

I don’t want to suggest that the show wouldn’t be great without Kyle. There are so many talented ladies up there, so many great champions, but if bringing the division back is all about giving the fans what they want, giving the media what they want, and really doing right by the sport, then I say pull out of all the stops, do whatever it takes to truly make that title mean everything it always did.