Newer PostWas It Redemption – Or Destiny?
Older PostSelf-Massage Reduces Stress and Helps Muscle Recovery
Share on FacebookShare on TwitterShare on LinkedinShare on Pinterest 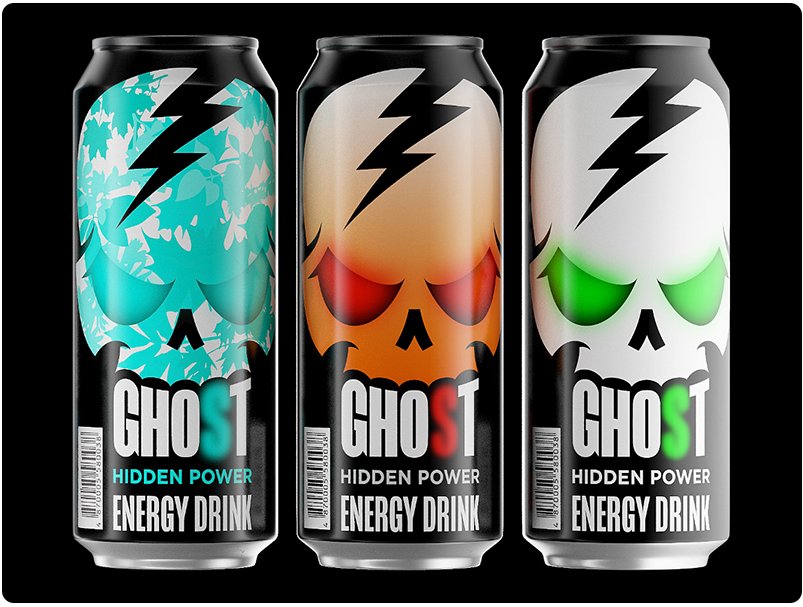 Ghost Lifestyle is no stranger to bringing excitement to the industry, but this is a bold move they’re making bringing to market an energy drink – but honestly, why not?! News is circulating the industry that the brand is going to be launching a Ghost energy drink. A few sites have leaked some images and profiles and the product should definitely be on the radar of those who love energy drinks (my hand is raised).

Will the Ghost energy drink be good enough to sucker punch some of the competitors already taking up cooler space? It very well may…

Why Launch a Ghost Energy Drink in an Already Saturated Market?

I’ll tell you why, as it’s quite simple… It’s Ghost. They’ve been launching banger after banger and truly being the first brand in the industry to do what they have done. They took a direct to consumer business model when they first started and blew it up by creating one heck of a huge social following and community. It’s hard not to like them – they have a really cool lifestyle brand.

I’ve been saying it for years now (in a bunch of my content) that I tip my hat to the brand for being different and carving their own path in the industry and thinking outside the box. And that’s coming from someone who was recently told by one of the Ghost Lifestyle owners on social media that I (and I quote), “contribute to the modern day issue of bad unfounded journalism” for voicing my opinion. Maybe the two dozen plus articles I’ve written where I gave them a ton of praise was “bad unfounded journalism?” LOL.

That being said, despite the negativity, I think the Ghost energy drink is going to be a home run. I don’t even need to try their product. Everyone has gone nuts for their flavor systems and I highly doubt that Ghost would put out a product that wasn’t on par with their current flavor profiles.

If Bang can leverage social media and build a cult following around their energy drinks, I see no reason why Ghost couldn’t do the same. They have a loyal following and I’m willing to bet they’ll sell a ton the day they launch simply because their followers are going to want to get their hands on them (and I can’t blame them).

What Do We Already Know?

Ghost has announced there will be four flavors launching in their Ghost energy drink lineup – Tropical Mango, Citrus, Warheads Sour Watermelon (which sounds amazing), and one unannounced flavor but it sounds like it’s going to be another collaboration flavor, so I’m assuming something like Swedish Fish or Sour Patch Kids (both sound really good).

The Ghost energy drink is going to contain zero sugar, is not going to be loaded with caffeine like many others in the market (contains only 200mg), and will contain some cool ingredients like alpha-GPC, NeuroFactor, AstraGin, acetyl-l-carnitine, and of course the ever-popular taurine.

Ghost isn’t messing around either as they have partnered up with Anheuser-Busch InBev to produce their Ghost energy drink line. While many will buy this product simply for the caffeine content, it should be noted that Ghost isn’t really pushing it as an “energy drink” per se and claims the direction they are moving is more focus-based.

Personally, I dig that idea as I’m a fan of nootropics and being that this could be a great addition into the midday rotation to stay productive and energize, I’m liking where it’s heading.

How Much Will It Cost and Where Can You Purchase Them?

Let’s not put the cart before the horse. The Ghost energy drink is not available just yet (at least not as of the time of writing this article). The price point at this time is unknown but if I had to guess, it’s probably going to be around the same price as its competitors such as Cellucor C4, RAZE, Bang, and even Reign.

The can looks absolutely amazing. It draws eyeballs to the can with bright colors and a very pronounced logo in the middle of the can. In fact, I like the look of the can more than any energy drink competitor out there.

When can you expect to see the Ghost energy drink launch? From what I’m hearing, it looks like sometime in September. The good news is, there is no GNC exclusive on this product which means the floodgates are open for retailers to place orders and carry it in their brick and mortar locations as well as on their websites. And of course, you’re going to be able to go to the Ghost website and place an order there as well, just like you would the rest of their portfolio.

Would I Recommend the Ghost Energy Drink?

Clearly, I have yet to try the Ghost energy drink, but being that I’ve never said not to try their products I’m not going to start now, even despite one owner having a negative opinion of what I do. Now, while I don’t purchase their products, this drink intrigues me to the point where I may actually try their energy drink (heck, I’ve tried all of their competitors, so I might as well give this one a fair shake to compare).

While the Citrus and Tropical Mango sound good, the two flavors that really caught my attention are by far the collaborations. A Warheads flavor and potentially a Swedish Fish or Sour Patch Kids? Yes, please. If they taste better than Bang or Reign, I would definitely swap them out for the Ghost energy drink.

What are your thoughts on the Ghost energy drink (focus drink)? Do you think it’s going to be a hit or not? Is it something you plan on trying? Why or why not? Let us know down in the comments.