Newer PostAthleticon Has Been Postponed and Moved Back to October 2021
Older PostBang Energy Marketing Strategy: Am I Missing Something Here?
Share on FacebookShare on TwitterShare on LinkedinShare on Pinterest 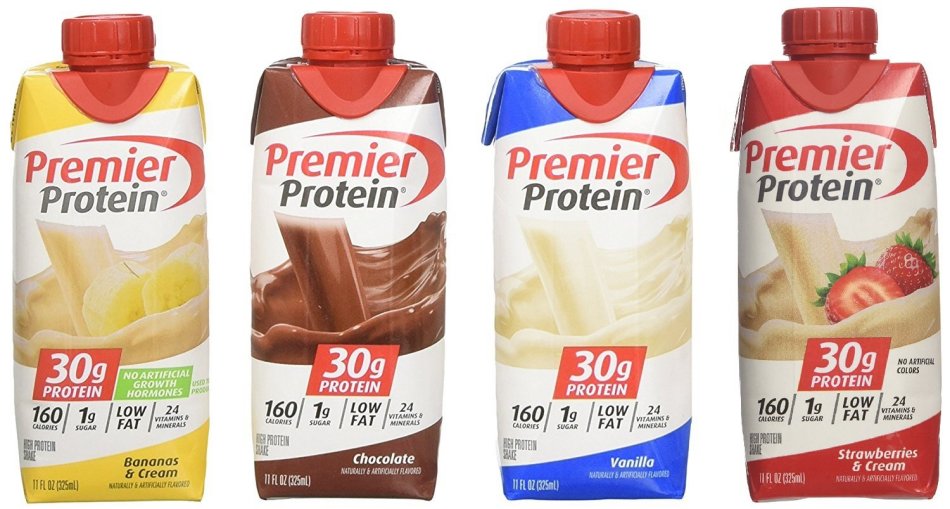 Looking at my normal go-to of the RTD protein shakes from Sam’s Club is Muscle Milk. Quite often you can find it on sale but the regular price for a 12ct case of the shakes is $14.98 (breaks down to $1.25 per shake). This is by far the least expensive of the RTD protein shakes we are looking at, but is it the best? Each Muscle Milk shake (chocolate flavor) contains 160 calories, 4.5g of fat, 7g of carbohydrates, 4g of fiber, 0g of sugar, and 25g of protein. All in all, not a bad profile on this shake.

Next on the list are the Premier Protein RTD protein shakes. The profile is comparable to Muscle Milk with some slight differences. For the Premier Protein RTD protein shakes, you’re going to pay $17.98 per case of 12 shakes (breaks down to $1.50 per shake). Similarly, to the Muscle Milk, Sam’s Club often has these shakes on sale. In terms of the profile, you’re looking at (for the chocolate flavor) 160 calories, 3g of fat, 5g of carbohydrates, 3g of fiber, 1g of sugar, and 30g of protein.

Finally, on our battle royale is the newcomer on the scene, the Quest Nutrition RTD protein shakes. Rather than the standard 12ct cases we are used to seeing, Quest Nutrition has given Sam’s Club an exclusive 18ct case. The cost of the 18ct case is $26.88 (breaks down to $1.49 per shake). When checking the nutritionals, the Quest Nutrition shake (chocolate flavor) sits at 160 calories, 3.5g of fat, 4g of carbohydrates, 1g of fiber, 1g of sugar, and 30g of protein.

Here’s a better visual of what I’ve explained above:

Which of the RTD Protein Shakes Reign Supreme?

Looking at the data above, can you really have a clear winner? That’s a tough call. I know in the past there was an issue with the labels and claims of Premier Protein and I can only assume that they have since made the necessary corrections. That being said, I’m not going to weigh that into the decision here.

Do all of the RTD protein shakes taste good? Indeed. I haven’t had a flavor I didn’t like so the scores are even in terms of the flavor profile.

The one area I must point out, though, is the ingredient list. If you were to look at the Muscle Milk and the Premier Protein shakes, you’re going to see a laundry list of ingredients. Just one glance is enough to change your mind on whether or not you want to read through the whole thing. The Quest Nutrition RTD protein shakes, on the other hand, only contain 11 ingredients. I’ll give it to Quest Nutrition when it comes to the overall ingredients.

If you’re looking for flavor choices, Muscle Milk has two flavors, Quest Nutrition has three flavors, and Premier Protein comes in eight. That being said, certain stores may have limited stock and flavor choices (which I’ve personally experienced), so don’t hold me to all of those flavor choices.

And the WINNER Is…

There is no winner. Sorry. It’s too dang close to have a winner and loser for this. All of the nutritionals are extremely close, the price breakdown is nearly identical. Could you check the box next to Muscle Milk for having a less expensive per shake price? Sure, you could probably lobby that fact and give the win to Muscle Milk if you want to base your decision on price alone (maybe even factor in the milk protein isolate inclusion).

But overall, you really can’t go wrong with any of these RTD protein shakes from Sam’s Club. Are they more expensive than their powder counterparts? Absolutely. Are people willing to pay the extra money for the added convenience of grabbing a carton, twisting off the top, and slamming the shake? Yup. And I’m one of those people.

What do you think? Do you prefer one of these RTD protein shakes over the rest? Have you had any, some, or all of them? What were your thoughts? Let us know down in the comments.