The 2020 Olympia Is Not Brandon Curry vs Phil Heath 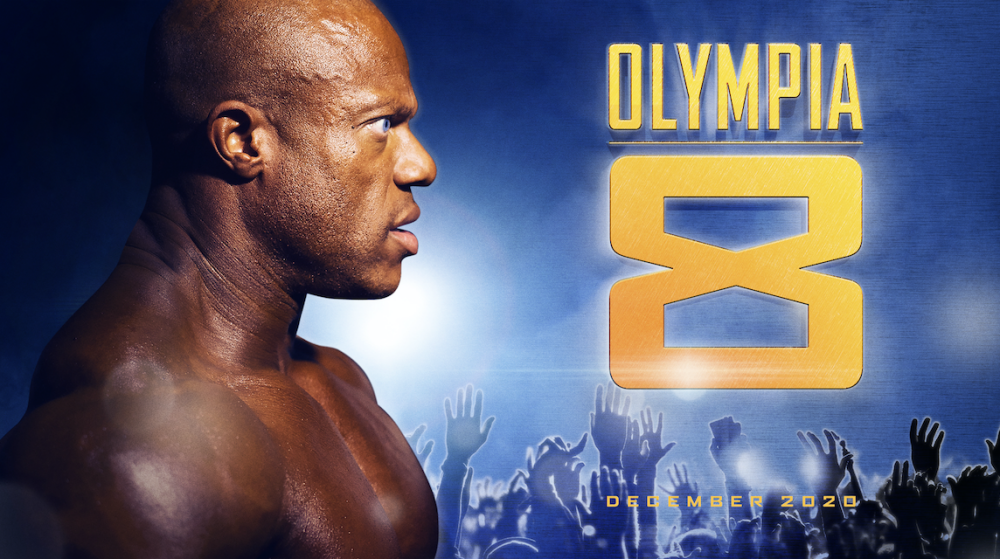 Major media outlets are tripping over themselves to try to make this year’s Olympia about a reigning champion and a has-been. Brandon Curry won the Olympia in 2019 against a stacked a lineup which included William “The Conqueror” Bonac, Roelly Winklaar, and Iranian sensation Hadi Choopan. Curry had won the Arnold Classic and then went on to make history, winning the most prestigious title in the sport of bodybuilding that same year. In 2020, given all the chaos and all the insanity, the best bodybuilders in the world answered the call, competing on stages throughout the U.S. and internationally.

Guys like Roelly Winklaaar have been in the trenches, working tirelessly towards stepping on stage in Las Vegas, NV, just one week shy of Christmas. The original date of the Olympia was moved (and many thought the event would be canceled). Shawn Rhoden won’t be on the stage, Flex Lewis withdrew, and Big Ramy received a special invite to compete. This year will also mark the retirement of the most decorated bodybuilding competitor of all time, Mr. Olympia Dexter “The Blade” Jackson. So much is going on that the fans simply can’t wait.

We are witnessing greatness as Brandon Curry, his Coach Abdullah Al Otaibi, and the entire Oxygen Gym family are on the verge of starting a new legacy in the sport. Although Curry brought an impressive physique last year, he brought what was needed to win then. The bottomline is, all the guys from 2019 have made improvements, most especially the champion. Phil Heath, who hasn’t competed in two years, is only competing because Athleticon was pushed for 2021. That was the show his managers basically created and it’s the show I almost think was made for his comeback. I don’t think Curry had any interest, Rhoden wouldn’t be there, and I don’t think Jackson was jumping to sign their inches-thick contract, either. In the absence of the best guys, it was a perfect scenario for the long absent “Gift” to swoop in, get a big win, and put out of a blockbuster dvd. With that event postponed, Heath then started making it known he wanted to compete at the Olympia. I’m told he didn’t receive any incentive to compete at the Superbowl of Bodybuilding so it looks like he’ll be competing for the prize money, alone.

I, personally, don’t think Phil will take the stage. His most recent photo, shows him in a tank top, but not only that – it’s a month old shot. Heath was annhilated in 2018 by Shawn “Flexatron” Rhoden, largely, becasuse his midsection had gotten so out of control that it became painfully obvious. Heath’s issues with that part of this body had been haunting him for quite some time. The myth that 2018 was an isolated instance is absurd. Let’s not forget why Phil and, then, social media sensation Luimarco’s feud erupted.

Phil became Public Enemy #1 for everyone that hated the bubbleguts in bodybuilding. Commentators and fans were dumbfounded as Heath would get wins when he looked like he was pregnant. In 2016, Rhoden embarrassed Heath, but the judges didn’t strip him of the title. In 2017, Rhoden was sidelined because of a jaw injury and Ramy looked like garbage so Heath was able to hold on. In 2018, Rhoden pushed himself to the point he had to be carried off the stage, it was like a throwback to the first Rocky film. It took Rhoden feeling like he had a foot in the grave to knock Phil off and that he did.

Heath didn’t want a rematch in 2019 or 2020; however, when it became clear Rhoden was out for 2020, Heath started disrespecting Curry – one of the nicest guys in the sport. First, Heath started taking direct shots at Brandon, questioning his win, raising doubts with the fans about his reign, and downplaying any chances of a return. Then Phil embarked on his bullshit, 2 month PR makeover. During that bizarre time, Heath continued to attack Brandon through proxies. Now, with his decision to compete being public record, he’s back to taking jabs at Curry, even referring to him as “Beefcake” in promos for his documentary. Phil’s a bum and Curry won’t stoop to his level. That’s why I think Abdullah lashed out this week – if you can even call it that. The legendary Kuwaiti coach merely pointed out the truth – Phil is living in the past, posting old photos, and needs to let go. Like I said, I don’t see him even getting on stage.

For guys like Nick Strength and Power, Dave Palumbo, and others, to make this contest about Curry vs Heath, is just plain wrong. It’s no wonder that both NSP and RX are involved with the Olympia through webcasts, but surely no one is telling them to amp up this angle. This is their own innate and shameless obsession with clickbait titles and whoring themselves out for hits. Both the young superstar and the trailing geezer want to be relevant. The idea of Brandon and Phil going the distance, side by side, battling for each pose as the audience loses their minds is a fairy tale. It’s like Mother Goose, Jack & The Bean Stalk, or WinnIe The Pooh. That’s not going to happen; in fact, if Phil does, in fact, get on stage, I don’t see him being part of the Top 4. He won’t be in that callout. He’ll be lucky to get 5th or 6th.

Jay is the only Mr. Olympia in the history of the sport who returned and won back his title. Jay was able to do that the first time because he was only minorly off in 2008. In fact, Jay in 2009 was sharper than he was in 2006 when he finally beat an ailing Ronnie Coleman. Cutler’s ‘09 look was up there with his ‘01 look. When Cutler came back for the second time in 2013, again from just a minor injury in 2011, he was annhilated. Cutler was blessed to get 6th. Heath is coming back after two years, from a serious injury that totally ruined all his front poses, and he’s STILL not showing his midsection at 7 weeks out. If you don’t think that’s a problem, then you’re either a diehard Phil fan – or – you don’t know anything about bodybuilding.

Before Flex withdrew, I had it as being Curry, Lewis, Bonac/Winklaar, Jackson – that was my Top 5. I was leaving the 6th spot open for any number of guys, including Heath, Ramy, or a wildcard. With Lewis out, the real battle will be between Curry and Bonac and WInklaar. Bonac won the Arnold just seven months ago, shutting out both Jackson and Ramy. Winklaar has spent over a year, working alongside the champ no (no less) in Kuwait, backed by BPI Sports giving his all to redeem himself from 2019 (which wasn’t even a bad year, really).

In 2018, Roelly was the People’s Champion and if the people had their way, he would have won. He was the most beloved competitor on the Olympia stage. If you think Roelly is just going to sit back and give up ground to Heath, a guy who hasn’t even competed in two years, you’re nuts. And what about Bonac? It could have been William last year with the Sandow and with his big win in Columbus this year, he may be looking to do exactly what Curry did in 2019. Both Bonac and Winklaar have given so much to be where they are. This is their time. Phil had his time.

I want the media and the fans to zoom in, get a good look of Phil’s face when he’s not in that first callout because he won’t be. I, certainly, won’t be shocked. The only thing at this point that would shock me, is if Heath actually gets on stage. I can even see him at the press conference and the athlete meet and greet, but i still won’t be sold. I won’t believe he’ll compete until I see him on the stage.

Please understand that I don’t hate the guy, I don’t even really dislike him at this point. It’s just a simple fact, his time has passed. If he wants to follow in Dexter’s footsteps, give it 100%, and become a fixture of the Top 6, i could see him doing that, but he’s not going to win – at least not his first attempt after a two year absence. Therefore, making this contest about a matchup that just will never be, is not only inaccurate, but it’s an insult to all the amazing athletes who, in fact, will be battling for the title.

I understand the Olympia wants to sell more tickets so I held my nose for Ramy’s special invite, but I can’t stay quiet if, now, marketing is dominated by this sham rivalry. Brandon will never pose beside Phil at the Olympia so STOP!

This goes for the media. Have some journalistic integrity, quit doing a disservice to the guys who are really going to be the mix and also have some respect for the sport. Please quit propping up Phil Heath as your favorite to win. Get your hits by releasing factual, thought-provoking content. I know you can do it. I have faith in you.