Newer PostFlex Lewis – An Example to All Professional Athletes
Older PostWired Energy Drinks: What the F@#k Did I Just Drink?
Share on FacebookShare on TwitterShare on LinkedinShare on Pinterest 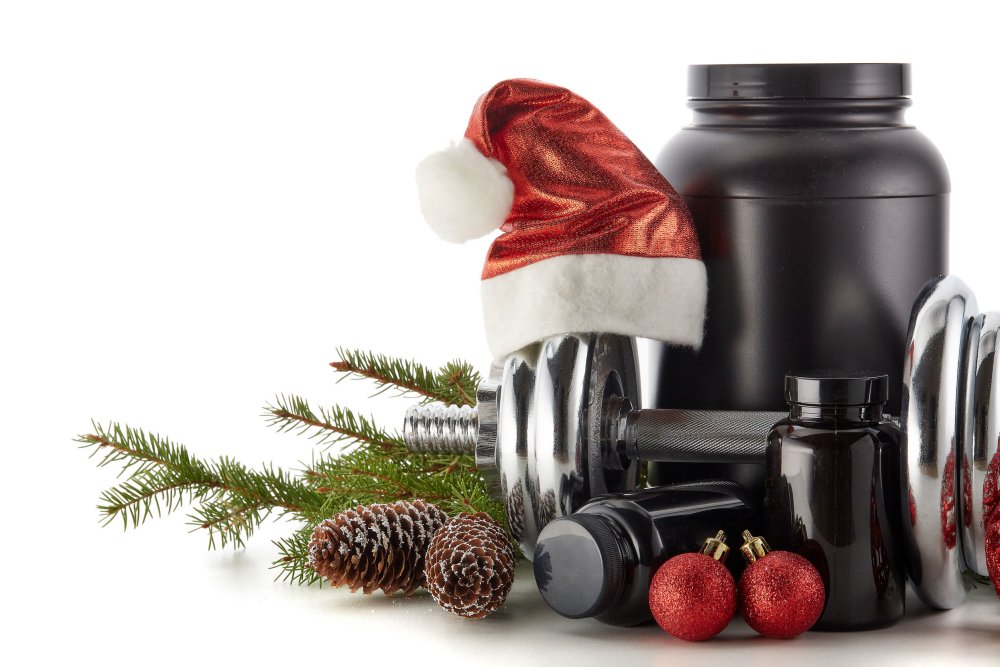 Yes, I’m early to the party, but those who know me, I never like to be late. That said, I had an idea for a really cool holiday gift for the fitness enthusiasts out there since Christmas is only a couple of months away, and this idea will take some time to put together. Now, all I need is a supplement retailer to back me on the idea. What I’m envisioning is a supplement advent calendar. You know, the kind where every morning in December, up until Christmas, you wake up and open up the little door on the cardboard calendar, expecting to find a piece of chocolate. Only this advent calendar will be full of protein bars. Merry Gainzmas!

In all seriousness, I haven’t designed the whole packaging and thought through all of that (I’ll leave that up to the smarter folks who actually sell protein bars or who are at the retail level to figure out – but I’m going to throw some ideas out in this article to get the wheels going). That said, I could see brands like Quest, BSN, MET-Rx, Pure Protein, Balance Bar, The Outright Bar, 1st Phorm, Detour, TB12, Fit Crunch, Premier Protein, One Bar, Fit Joy, Animal, Oh Yeah!, Barebells, Muscle Milk, Ryse, Optimum Nutrition, Nutrabolics, among others getting in on this. Heck, there are 20 brands already mentioned off the top of my head who could jump in. All we need are five more brands to pitch the idea to!

Ideally, it would be cool to have supplement companies work with ONE retailer. It could be a brick and mortar who also has a website, or strictly an e-commerce retailer that has the ability to ship all over the US.

I’m going to throw out a name because if anyone is crazy enough to figure out how to do all of this, it is Steve Calabrese over at Natural Body in New York. So, Steve… if you read this, LET’S GO! I was initially going to say Marc Lobliner and have him run it through Tiger Fitness, but the fact is, he has so many flavors of Outright Bars, he could make his own supplement advent calendar of just his bars.

Steve has connections with manufacturers and brands all over the US, and with a good sales pitch, I’m sure he (or someone else) could pull off my idea. I’m envisioning a supplement advent calendar where you will “open a door” to find a protein bar each day. Each day it will be a different brand with their best-selling bar and flavor. That means, in December, you would have 25 different bars to try. Pretty cool, right? At least I think so.

How to Make the Supplement Advent Calendar Work

What would need to happen is that someone would need to reach out to a minimum of 25 brands who sell protein bars. I say minimum because I highly doubt all of them are going to say “yes” to the idea (losers).

Then, a PO would need to be placed for all of the top-selling bars from the brands who committed to being a part of the supplement advent calendar. Since the bars come in all different shapes and sizes, some type of packaging would need to be constructed to hold each of the bars. Maybe it’s something as simple as a small bag that would fit each of the bars with a number on it ranging from 1 to 25 (the full duration of a standard advent calendar).

Being that the supplement advent calendar would only contain 25 bars, the shipping on this idea can’t be too bad, after all, that’s comparable to two boxes of bars going out the door, which is quite common these days. Charge a little for shipping, eat the shipping, I don’t care… it’s not my business, so do it how you wish.

I’m still stuck on the thought of 25 different bars going into the supplement advent calendar. How cool would it be to have the ability to try such a wide range of bars from 25 different brands? Think about the trial that would bring some of these brands that many people may have never tried or even knew they sold a protein bar.

Granted, while this is a really cool idea, we need to be realistic of the price point – after all, protein bars aren’t exactly inexpensive. Each protein bar on the market tends to be $2 at the lowest and upwards of $4. From a price standpoint, you would probably be looking at a supplement advent calendar with a minimum of $50 worth of goods in it.

Whoever takes on the project (which I hope someone does) would have some costs involved as well since they would need to package each bar into a baggie, design everything, or completely blow it out of the water by somehow creating packaging that would resemble an actual advent calendar where you peel off the front to reveal the “surprise.”

Are You Sold on the Idea?

I think the next best thing to do would be to poll supplement consumers. Should someone like Steve at Natural Body take this on, he could leverage his social media platforms and see who would be interested in the idea. If people like the idea, he could pre-sell it to ensure his time and effort wouldn’t be for nothing. On the flip side, if people think it’s a dumb idea… well, then I guess everyone can tell me what a stupid idea it was and to stick to writing content.

But let’s kick this off right now. If you like or dislike this idea of 25 different bars going into a supplement advent calendar, comment below. If you don’t comment, I’m counting you as a “like” to pad my numbers.