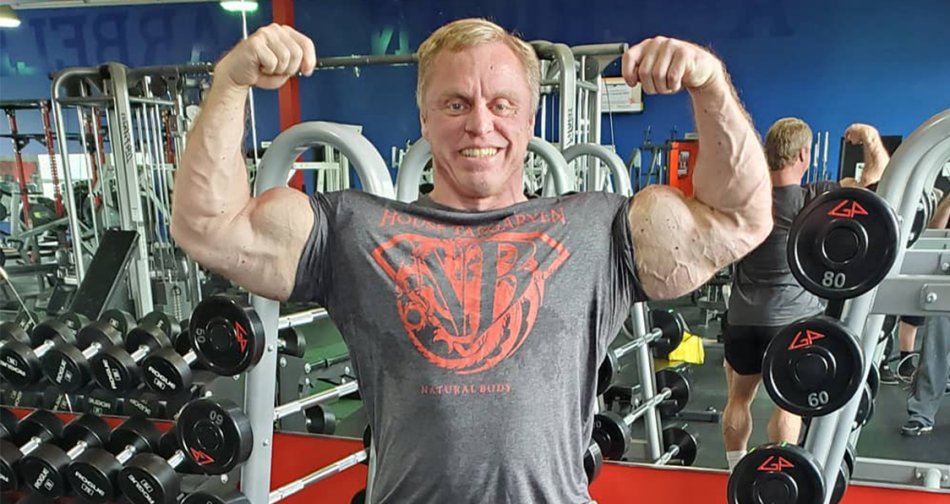 John Meadows is one of the most loved and respected people in the fitness industry. He’s someone who truly cares about his friends and supporters, he does Instagram Lives (even before, but especially during) all the craziness we’re currently living through, and be always has time to talk – to everyone. His insights into training, contest prep, and supplementation are virtually unparalleled. In addition to his insights on the technical aspects of lifting and some pretty intricate concepts in terms of nutrition, he explains everything in practical terms. He’s a guy who never gave up on a pro card, battling relentlessly until he was able to earn it. I can’t say enough good things about The Mountain Dog, John Meadows.

When I read that he’d suffered a heart attack, I literally froze in my tracks. The post was brief, but said a great deal as well. It stated John had suffered a heart attack, that he was in the hospital, and to keep him in his prayers. I think I must have read and re-read the screenshot on Nick Trigili’s Instagram at least a dozen times. It’s strange when you read bad news like that, I guess subconsciously you read it several times, maybe so that it can sink in. The fact we lost Luke Sandoe just days prior, made this even more difficult to process. Thank God John is in the hospital, in good hands, and from the message, it seemed his blood vessels were fine.

In an update, posted by Ron Harris, Online Editor in Chief of Muscular Development today (5/12), it stated: “his arteries have np plaque buildup, but he did have 2 masive blood clots blocking 2 arteries. He has been in constant pain, but today they were able to clear one of the arteries. They are going to try again tomorrow on the other one.” This is an important update. Be sure to follow @musculardevelopment on Instagram. They do a fantastic job keeping everyone informed.

This update paints a different picture than what yesterday’s post had me believing. I wanted to believe this wasn’t serious, that he wasn’t in any kind of pain, and in a couple days he’d walk out of the hospital – like nothing. This update, while very reassuring, is also more in line with reality. The good thing, quite possibly the best thing, is that he’s being cared for and in great hands. Once at the hospital, a person is monitored closely and should absolutely any issue arise, it gets taken care of immediately. The fact he’s there, is great news.

That being said, a heart attack is very serious and I cannot imagine what John is going through. The guy is a tank, however, and I am confident he’s going to pull through in no time. That being said, I am also a believer, and I believe that no matter how strong a person may be – whether mentally or physically – I do believe in a higher power. This is why I, personally, prayed for John and why I think if we all pray, it’ll make a difference. I know some people don’t believe in God, so if praying isn’t your thing, you could send positive vibes. Quite frankly, wishing someone a speedy recovery is just a nice thing to do. Also, another really nice thing to do, is post your photos and videos with John.

I have seen a massive outpouring of love and support in the fitness community over the course of the last 24hrs. Whether it’s Instagram posts and/or stories, Facebook, Twitter or YouTube, it’s been very heartwarming.

Fans, members of the media, and John’s fellow competitors and training clients have all taken to posting photos and videos, along with some very well thought out, from the heart messages. Much like prayer, this all goes towards showing John how much people value him and care about him. I feel that’s important in making sure he hangs in there during the worst of this and gets better, sooner.

The truth of the matter is, it doesn’t take long to publish a post and it really makes a huge difference. It’s also times like these when we really appreciate the contributions that someone like John has made to this industry. HIs clients, especially, have quite possibly the strongest link to him than anyone else. I’ve known quite a few of them over the years and they all say the same thing, his level of commitment to seeing them reach their goals is nothing short of amazing. He’s a real man’s man, a real friend to all who love bodybuilding and fitness.

I have even seen how John treats those who do him wrong. There was a guy, won’t say his name or when, that was actually profiting off of John’s work. John could have sued the guy into oblivion. It was that obvious, that blatant. After some time passed, I saw John at a contest and I asked him about the situation. I don’t remember specifics, but I remember him saying something to the effect of them working it out and it being in the past. He didn’t seem to harbor any resentment and he was totally positive-minded. The other guy was totally in the wrong, but John moved on. That’s the kind of guy he is. He’s not petty, he’s most definitely not a negative person, and everyone that I know in this industry, has nothing but the nicest things to say about him. Everyone loves John Meadows.

I remember when I first met John, back at the 2015 NPC Mike Francois Classic. I was stoked to talk to him. I don’t get starstruck often, but every once in a while, it happens. I’ve always been someone who reads the magazines, watches YouTube, and (especially then) visits message boards. There’s some people who are entertaining and others that are educational, but seldom do you find someone who’s both. When I first walked up to him and introduced myself, I found him to be super personable, very down to earth, and identical to the person on the videos. What I mean by that, is that he was real. He was the same really cool guy I watched online, in person.

Once that conversation concluded and I saw him at the contest later on, I built up the nerve to ask him if he’d do an interview. I was expecting him to say no, maybe on account of being too busy or maybe because he just wasn’t interested. You have to realize, John has always been highly sought after and by large outlets, at that. That being said, he agreed and we did a ten minute interview that covered all the bases. That was a really good day, we took photos together, I got a great interview, and I learned quite a bit.

That’s another thing, I love doing interviews, but every so often, I feel like an audience member, even though I’m conducting an interview. It was truly a very special moment for me. Each time I’ve seen John afterwards, whether at Dave Liberman’s shows, at The Arnold, really wherever, he’s always been super nice to me, down to earth, and just a class act. John Meadows is precisely the kind of IFBB Pro League Pro that all others should aspire to be like. Everyone who comes in contact with him has a great experience. He’s the kind of ambassador that truly grows the sport.

In closing, I want to commend all of you that have taken to social media posting your photos and videos. Let’s keep it going, showing support, praying and/or sending positive vibes, and let’s really light up all the platforms. I hope you enjoyed reading my article, here, at Iron Magazine. I look forward to reading your feedback in the comments; however, more than reading your feedback, I’d prefer you take the time to post something cool about John on social media.

Loading...
Newer Post
Esports and Video Games Will Pave the Way for New Supplement Innovation
Older Post
Are CBD Drinks and Beverages Going to Be the Next Big Movement?