Newer PostPepsi Is Trying Their Hand at Functional Beverages with Driftwell
Older PostDid Gymshark Bite Off More Than They Could Chew with Distasteful Comments?
Share on FacebookShare on TwitterShare on LinkedinShare on Pinterest 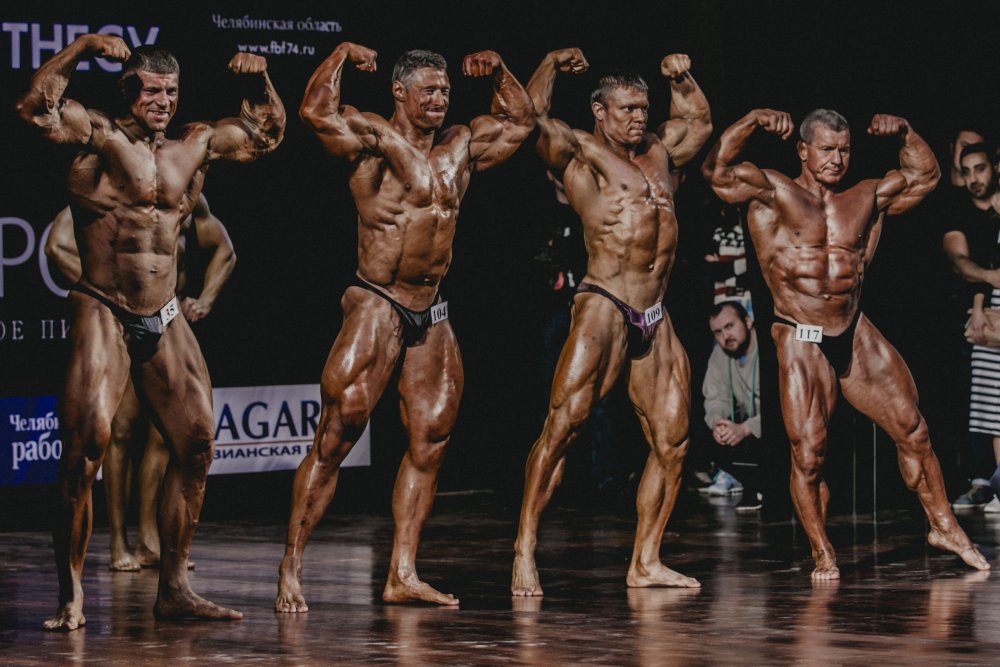 This is a very interesting question. It’s a query that could be answered with Bob Cicherillo’s, now, coin phrase “it’s all about apples and oranges.” When you stop and think about it, that phrase sums up everything in bodybuilding, from judging to – if and when a rookie should compete.

Here’s the deal, are any two people exactly the same? Hell No!! So just because a Derek Lunsford could win a pro qualifier then a week later go and win his first pro show, does not mean anyone can. Now, hold your horses, I’m not calling you “anyone,” but let’s be realistic. The time honored tradition in bodybuilding is that once you win your card, you go back to the drawing boards and you figure out how to get better. Oftentimes, getting better requires putting on a lot more size. Imagine you’re a top scouted high school football player. All the NCAA colleges want you, but imagine skipping college and going straight to the NFL. Years ago you could do that with basketball, but even if you could with football, you’d get trucked. You can’t bring high school size to the NFL – you’d get annihilated. That’s kind of how it is with bodybuilding.

Most guys who turn pro are considerably smaller than the top pro’s. But what do you do when you have a guy like Nick Walker, who just recently won the very competitive NPC North American Championshps? That contest brings the very best of three countries (the United States, Canada, and Mexico) all battling it out on one stage. Walker brought a level of size and condition that greatly overwhelmed his competition. What’s crazy, though, is that Nick wasn’t even at his best. I mean, he was competing at a contest some didn’t think would happen, in the hot summer, in a tent. Still, he bested all, with huge size. Nick Walker doesn’t need any more size, he may just need to tweak his condition and maybe work on minor things, but a guy like that doesn’t have to wait the customary 1-2 years before competing as a pro.

A lot of people also point to Hunter Labrada. He was a rookie, he went to Tampa, and he won. But don’t forget, he took a great amount of time between the 2018 NPC Nationals and stepping on stage in 2020. In reality, Hunter is old school in many more ways than people realize. He is afterall the son of the legendary Lee Labrada! What Hunter did is the tried and true road to most bodybuilder’s pro debut. While it may sound cheesy to constantly hear, “you only get one pro debut, so make it count”; it is trymue. The big risk that rookies take when they compete too soon is that they make that pro debut too quickly. It’s not something to scratch off your bucket list, it should be something special. Winning your pro debut isn’t a goal most should set; it’s not only going to add unnecessary stress, but it’s also not realistic. If it happens, great, but if it doesn’t – oh well! What’s important is a good showing.

When a bodybuilder earns their card, it’s validation. There’s friends and family who now understand, there’s press galore, and many companies in the industry are watching. They want to see how the athlete fares. Do they work hard on social media, do they stay consistent in the gym, do they listen to their coaches and seek out the judges feedback? Do they try to implement their recommendations?

A lot of guys who win their cards think they don’t need to anything more, especially guys who win the overall. If you win the overall, if you’re that guy, you have huge spirits!! You won a class of 30-40 and then you beat every other guy that won their class of 30-40, then you’re on top of the world. Out of 200-300 guys, minimum, you’re the best. That’s a lot of love, my friends, and quite frankly it can easily go all the way to someone’s head and blur reality quite a bit. While it’s true that that athlete dominated that pro qualifier, the pro ranks are a whole other world. Then again, there are exceptions. If Hunter had gone to a pro show the week after winning Nationals, I’m sure he wouldn’t have placed last, but would he have won? I don’t think so. Lunsford did and who knows, maybe Walker does too, but that’s not what’s going to apply for most athletes.

With the advent of new divisions, it’s more conceivable for new pro’s to compete, almost immediately after earning their card, but even there it’s not advisable. Most contest prep gurus will always advocate against their clients jumping into the pro ranks without making the necessary improvements. A bad pro debut can and has ended careers. There’s a lot on the line. If an athlete is already signed and makes that pro debut too soon, it can cost them dearly.

If someone is with a big company, appears on their publicity campaigns, and is a major fan draw, then they represent that line. It can be supplements, clothes, tanning products and/or lifting accessories. If that athlete goes from dominating the amateur ranks to then getting annihilated in their first pro contest – everyone suffers – not just the competitor. The coach will look bad for allowing it, the competitor will look like a loser, and every company involved goes along for the ride. There is no glory in losing like that. This is why so many new pro’s take anywhere from 1-3 years to compete. It’s a very big deal and although there are some exceptions to the rule, the vast majority should play it safe. This becomes especially important in the age of social media.

Social media is great for showing fans a competitor’s journey. You can basically get that fly on the wall feel. Fans see their favorite physique-based athletes eating their meals, training in the gym, and posing in front of the mirror. Everyone looks good on Instagram and if they don’t, there’s filters, lighting, and good ole photoshop. If you honestly think a great many of the photos you see on social media aren’t doctored, then I have a bridge in New Jersey to sell you. Enhancing photos is the oldest trick in the book. It’s one thing to walk the walk on Tiktok, but when you get on stage and you miss first and second callouts, reality has a pretty blunt way of setting in. Nonetheless, you live and you learn, and some absolutely have to learn the hard way. It’s a costly gamble, but for those few folks who can connect, a quick turnaround pro debut (e.g. Derek Lunsford’s) could mean hitting the jackpot!!

The big question, however, is what do you think?