Newer PostWant to Differentiate Your Supplement Brand? Try This…
Older PostHas Everyone Forgotten About Rockstar Energy? What Happened?
Share on FacebookShare on TwitterShare on LinkedinShare on Pinterest 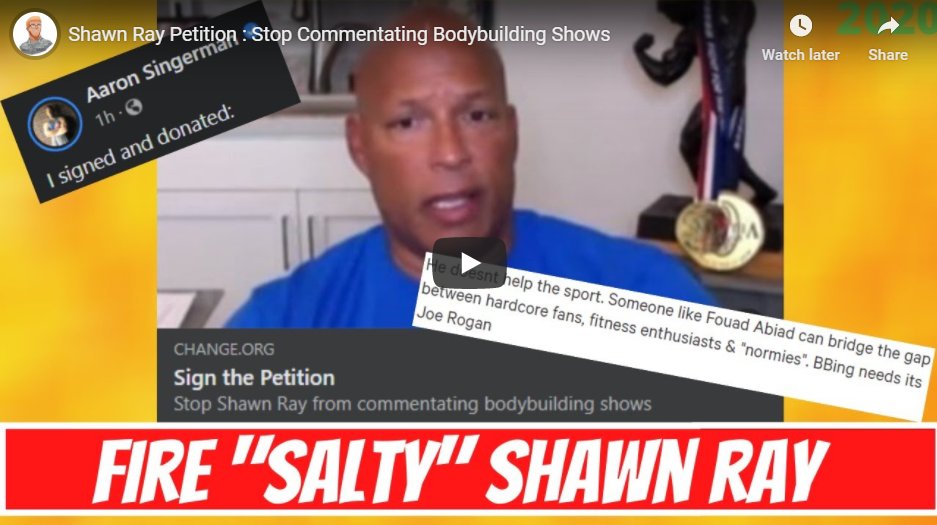 The fans tend to speak from both sides of their mouths. I’m a big believer in giving the fans what they want and I’m also a big believer that the competitors make the sport. The bottom line is that the internet became huge because people got tired of a media that stuck to certain talking points. Back in the magazine days, major publications controlled the sport, with most taking their marching orders from federations and supplement companies.

Advertising dollars commanded great influence and if a competitor was with a company that paid the bills, that competitor could do no wrong. Even more shocking, certain competitors would get a pass from writers (who wanted to keep their jobs) because you didn’t point out the flaws of the posterboy of the company buying all the pullout ads and appearing all throughout the publication. When the internet hit, the dream was that censorship would get chucked out the window, but that fairy tale quickly faded away. The net was just another format. Paper was replaced with electronic, but bills still needed to be paid, and media outlets still wanted to make a profit. Nothing changed.

Athletes still needed to get signed, writers still needed to get paid, and the rich wanted to get richer. One of the few guys who’s always been his own man, however, has been IFBB Hall of Famer “Sugar” Shawn Ray. In recent time, he’s worked for all the big giants, including Muscular Development, Generation Iron, and now he oversees Digital Muscle, as its Editor In Chief. Despite working for the biggest outlets in the sport, he’s never shied away from speaking his mind. He stood up to Dave Palumbo and RxMuscle over protecting a key interview. He broke down a lackluster Dallas McCarver who thought it wise to pose in front of the President of the NPC, Jim Manion. Even as the entire sport fell on his shoulders, Shawn didn’t retract, he didn’t play his remarks down. Shawn has always been critical of Chad Nicholls – the coach behind 8x Mr. Olympia Ronnie Coleman and now a powerful contest promoter. Even as Chad’s friends in the media laid into Ray and as the sport once again fell on his shoulders – Shawn didn’t retract, he didn’t mitigate his damages and play PC. Shawn has a track record of saying what he needs to be said, no holds barred.

When every pro bodybuilder was eating out of Wayne Demilia’s hands – either out of respect or fear – Shawn and Bob Cicherillo stood up to him. They didn’t stand up online or on the phone; they stood up in person. When big talkers like Lee Priest tucked tail and ran, Shawn Ray stood firm. How can you knock a guy like that? Where do guys today get the audacity to say they can do a better job than he can – or – worse, call for his ouster? That’s right folks, in this new cheesy era of online antics, a group of bums took it upon themselves to pen a ridiculous petition aimed at “Cancelling Shawn Ray” from Olympia commentatiting.

The real reason behind this buffoonery is that Ray mispronounced some names at the recent IFBB Chicago Pro and called out some guys for odd shaped muscles. SEO’s have been in bodybuilding since the 1990’s and while many think they’re a thing of the past, they’re still very much with us. When used in moderation and with discretion, they don’t draw much attention from the media or scorn from the judges, but some guys are under the impression that more is always better. For those few who overdo it, they can expect to get called out by a commentator like Shawn Ray. Perhaps a cookie-cutter would turn a blind eye, but Ray is the real deal. He’s not a fluff commentator. And yes, he does talk about his days on top, his wealth of experience, and all he’s seen in the sport. What he’s seen, what he’s done, and what he’s achieved, all help create his unique perspectives. It’s that eye for bodybuilding, that appreication of the sport that has kept him relevant. Shawn Ray is sought after; he’s commentated for real TV like ESPN and Fox Sports, giving him a leg up on the fitness press. Here’s a guy who’s directly helped grow bodybuilding, but now, because he’s too bold, some want him out.

I understand that times change. I get that. There’s nothing wrong with fans of Fouad Abiad, BPak, or even Jose Raymond, wanting these guys to take a more direct role in the media, but there’s a way to go about it. Circulating petitions looks silly, especially when the petition barely gets 2,000 signatures and it’s said to represent the pulse of the fans. That makes all the guys these fans are trying to help want to run for the hills. Even Fouad had to make a video publicly distancing himself from the document and the push behind it. What does that say to the fans who figured it would catapult their heroes to the forefront of the sport. I mean, that’s assuming these rising stars didn’t have a hand in the botched social media coup.

Another group of folks who really need to settle down are coaches. Sometimes the gurus can’t take what an objective commentator like Shawn Ray has to say. They take it very personally, maybe even more so than the competitor being accused of being off, of shooting oil, or looking out of shape. While bodybuilding may be a sport of one, coaches play a big role. No one is denying that, but they do need to simmer down, sometimes

Not every competitor is a winner and sometimes competitors don’t look like much. Competitors and coaches shouldn’t be calling for the head of media personalities for doing their jobs. This is a big reason I highly respect Steve Blechman. When Shawn pointed out how off Dallas was when he posed for Jim Manion, many expected Blechman to require Shawn to apologize to one of MD’s biggest sponsors at the time, RedCon1. Steve did no such thing because Steve respected Shawn as a journalist and he backed him up. Media should be allowed to report the truth and that’s what Shawn Ray is known for – then and now! Some people just can’t take it. Oh well.

What’s your take on the social media blowback Shawn underwent last week? Do you think his ignoring it was the right move or should he have taken his critics head on? Where do you stand? Should the media be cutting-edge or tempered down?