Newer PostChange Your Situation to Improve Your Life
Older PostA CBD Beverage Collaboration Between Kill Cliff and Joe Rogan?
Share on FacebookShare on TwitterShare on LinkedinShare on Pinterest 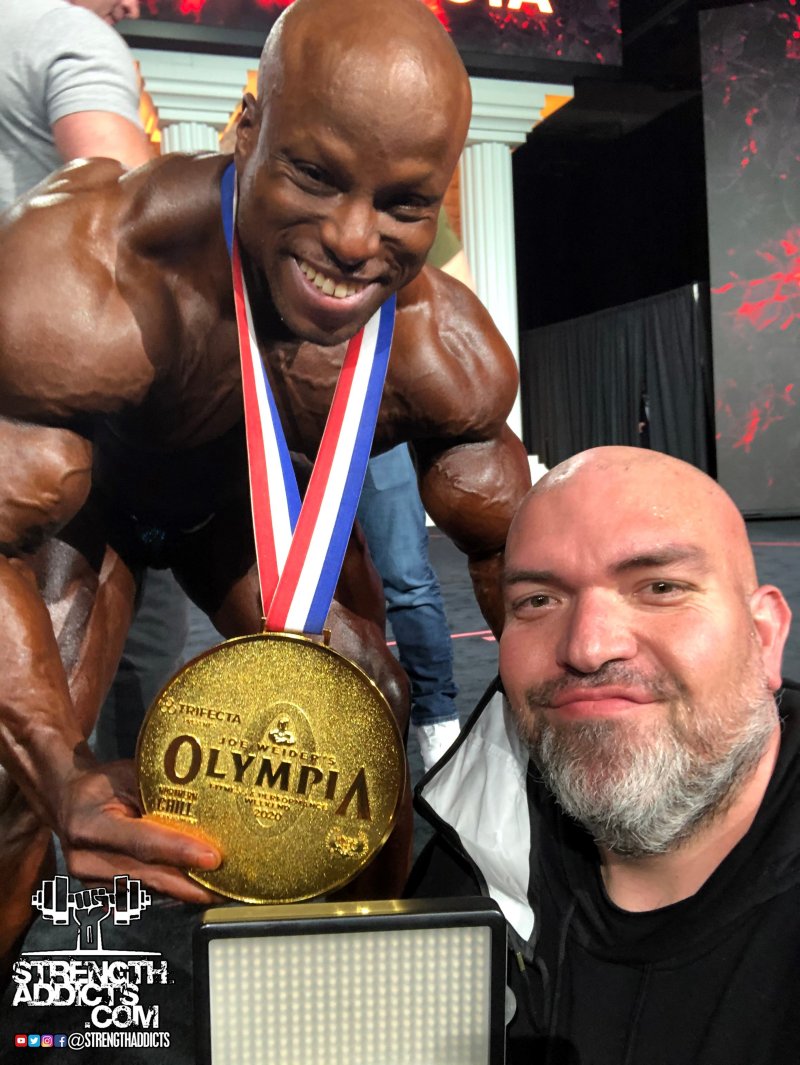 The 2020 212 Olympia Showdown was quite possibly the hardest fought battle I’ve ever seen!! I compare it to Jay/Ronnie 2001 or, I don’t even know what. EVen when I try to draw a comparison, I draw a blank. It was that close, that competitive!! When I tell you that it went down to the wire, that’s just what it was. Very early on, it became clear. You had the defending champion, The Lion of Libya, Kamal El Gargni and his chief competition, Shaun “GK” Clarida. Shaun was my prediction to win the contest.

How many others predicted this? RX Muscle? Muscular Development? Generation Iron? Maybe Nick Trigili? Only one person predicted Shaun to win – ME. And it wasn’t a subtle prediction. It wasn’t a wishy-washy prediction. I had my graphic designer make a graphic and I shared it everywhere. I posted it on a ton of Facebook groups, Instagram, Twitter, and YouTube. But this isn’t about me, it’s all about Shaun, but it’s important, for context, to really illustrate how overlooked and underestimated Shaun has been. And we’re not just talking 2020. In 2019, he was totally ignored. That being said, Shaun is old school; he’s an east coast guy who hunkers down, covers up, and goes to work in the gym. His content doesn’t boast of bells and whistles, it’s all about improving, packing on more muscle, and refining his physique. Although I took a lot of flack for predicting he’d win, it became painfully obvious to many of Clarida’s biggest naysayers, that they’d be eating their words all weekend long. That being said, Kamal looked absolutely shredded, he fought extremely hard, and going into the night show, it was a one point difference. That being said, I’d like to delve deeper into why Shaun was ignored for much of his career, the various myths he defied with his win, and what the future may look like for him. 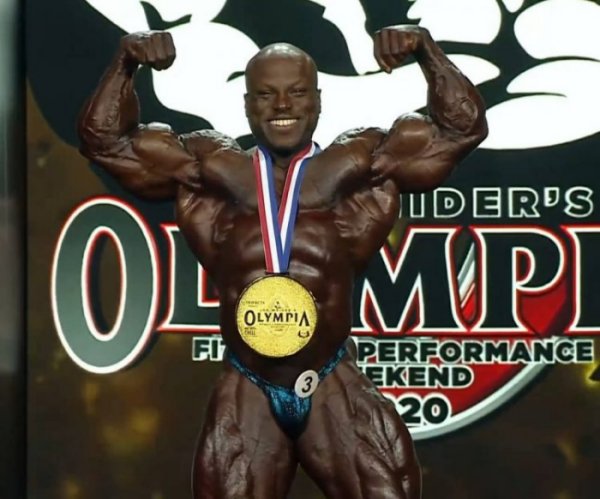 Ok folks, I’m going to rant – are ya ready? The truth is simple and plain. Bodybuilding media is getting to the point they only cover divas. They want to give exposure to gentlemen that talk a lot of smack, hype themselves up, and also put a straight face on when reporters blow smoke up their butts. It’s one thing to push marketing, but it’s quite another to be a clown. Some of the predictions going into the Olympia, from the raised eyebrows of a Clarida win, to the nonsense of a Logan Franklin upset in Classic Physique, seemed like par for the course. Clarida was robbed at the 2019 Olympia Showdown. Why? Because they insisted upon placing media darling Derek Lunsford over him. In 2020, they gave Derek 4th. He didn’t deserve 5th or 6th, but he got 4th. Why? Who the hell knows, but Derek was getting more conversation, more hype, and more press, than Clarida – again!! Da Bull is another one. Now with him, like Lunsford, he’s an Open guy who, for whatever reasons, wants to stay in the 212. Both Da Bull and Lunsford – if you went by media and hype – were supposed to wipe the floor with Clarida – and Elgargni too. In reality, however, the 2020 212 Olympia was two contests in one. One between Kamal and Shaun, and another one for everyone else. The two media darlings didn’t live up to the hype. Kamal only got the press he did because of last year’s win. Watch Kamal get ignored next year, while Derek and Da Bull will get all the big interviews.

Here’s the kicker though, even if Shaun talked MAD TRASH, they’d still probably not cover him. But wait, am I contradicting my own theory? No, not quite. Normally, if a top guy talks trash, he will get coverage, but in Clarida’s case there was more keeping him in the shadows. Not only didn’t he talk smack, but he is “too short” and “too light.” Even though bodybuilding is all about lines, symmetry, and flow, they punished Shaun for being short and light. It didn’t matter that GOD couldn’t put more muscle on his frame that Shaun had, it didn’t matter that he posed hard, and didn’t matter he was Top 3 in 2019 – he just couldn’t win (in their eyes). Yeah, you read that right. That’s the mentality that dominated the fitness industry press.

You have talking heads who propagate nonsense, they believe it, and their viewers/readers cite it like dicta. The truth is, many of these show hosts couldn’t handicap a contest to save their lives, but because they have big dollar websites and huge supplement sponsors, it’s just business as usual over there. And to a lesser extent, contest promo also tends to follow suit. Promoters want to sell tickets, so if a guy is brash and loud, chances are they want him. It makes sense from a business standpoint; however, most of the guys who talk a lot, fall considerably short. Maybe what’s needed is a gifted, shit-talker – or – maybe a gifted marketing force like Jake Wood could do what he did for Women’s Bodybuilding, for Men’s Bodybuilding. The Women don’t talk trash, they don’t cut each other down, and it’s their muscle and athleticism that’s made WOS a huge success.

Shaun will not stoop down. Kamal will not stoop down. It’s not who they are. They are living legends. They don’t need to act like clowns and they won’t. Bodybuilding is an artform, it’s a sport – it’s a way of life. Clarida will be a fantastic ambassador for the sport, much like his predecessor, and his predecessor’s predecessor. The 212 isn’t about pettiness, drama, or negativity. The media has sought out some favorites and perhaps these guys give in a bit, but when it’s all said and done, The 212 is the closest thing to the vibe of The Golden Era of Bodybuilding. It’s a real family, real camaraderie, and real family.

I see EVERYTHING changing for Shaun Clarida. His career will never be the same and he will truly grow the sport. Much like Flex Lewis was there for Kamal, I have no doubt that Kamal & Lewis will be there for Clarida. This year will be one of huge growth for the Division and who knows, maybe Clarida, Kamal, and Lewis can push for the return of The 212 to the Arnold Classic. I truly believe that it holds its own with Open Bodybuilding and in many instances, is an even bigger draw than Open Bodybuilding. The battle on Friday night WILL, go down in history. Kamal looked spectacular, Clarida was firing on all cylinders, and it was a razor-thin decision. Both men emerged from an all out war!! I am extremely proud of both the champ, Shaun Clarida, and one of the hardest working runner-ups, EVER, The Lion of Libya, Kamal Elgargni!