Newer Post2020 Is Going to Be Do or Die for Big Ramy
Older PostBreaking Olympia: The Rumors Are Starting to Spread About This Film
Share on FacebookShare on TwitterShare on LinkedinShare on Pinterest 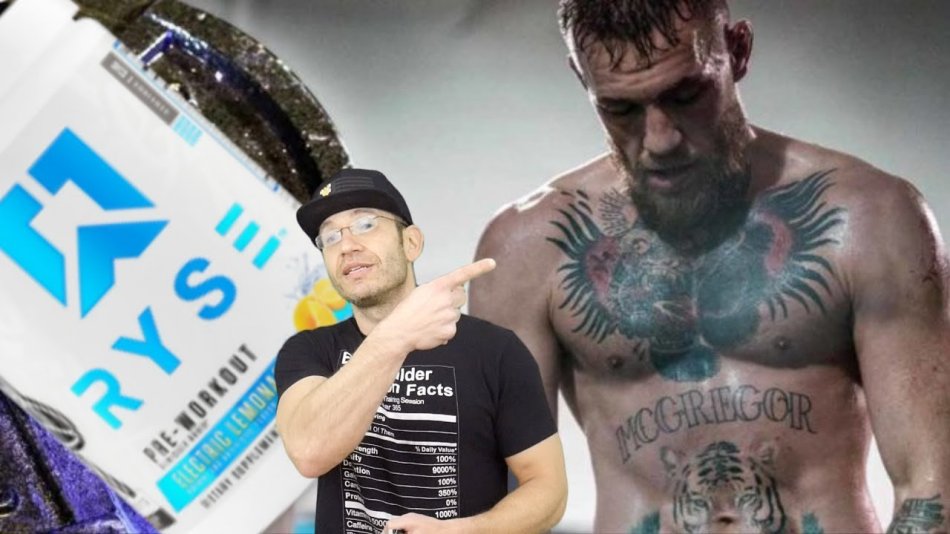 The lifestyle supplement brand RYSE has hit the ground running since the launch of its brand and is looking to make a huge splash in 2020. But will the latest move come back to haunt them or will it play out in their favor?

To set the stage, back in 2018, RYSE sponsored MMA fighter, Conor McGregor. Conor, while being one of the greatest fighters in MMA history, has had his fair share of not so proud moments that got him in quite a bit of trouble legally. Conor was arrested for his role in damages done to a bus holding other UFC fighters when he was in a rage and took out his frustration. Then, news broke that Conor punched an old man in the face at a bar. When it comes down to it, this not only affects Conor but also his sponsors – like RYSE.

In their latest move, RYSE signed 4-time Men’s Physique Olympia champion, Jeremy Buendia. If you follow the industry, you know Jeremy has had some issues of his own over the years. Which begs the question if RYSE is looking for a “bad boy” image with their athletes?

Was This a Good Move for RYSE?

Out of everyone RYSE could have signed, I’m left scratching my head. Not only do I think signing Jeremy is a bad look for the brand (in my opinion), but I also don’t think it’s going to help them increase their sales.

With Jeremy talking about a comeback to the Olympia stage (which I’ll have a separate article on), I really don’t believe he will come back to reclaim his title. It makes for a good storyline, but the competition these days has improved and I’m not sure the physique Jeremy has is what the Olympia judges are looking for – but I could be totally wrong?

I’m not here to demonize Jeremy as he hasn’t been proven guilty of any of the things he has been so-called “exposed” for doing. I hope he comes back and proves everyone wrong and is a contender for the title. But I just don’t see that being the case.

RYSE has a very cool supplement brand and one that I think many people will flock to. They have everything from protein powders, to pre-workouts, BCAAs, testosterone boosters, fat burners, protein pancakes, and focus products. Essentially, products in all the hot categories found on the market these days.

All that being said, I’m not sure what value Jeremy brings to the brand. Does he have a following? Sure. But signing someone who has had some anger management issues in the past may not be the best move for your brand. You want someone relevant in the industry at the moment – similar to Conor McGregor even though he isn’t the poster boy for being calm, cool, and collected. But he does bring an entertainment factor with him.

Conor vs Jeremy: Are Athletes Even Worth It These Days?

If you’re going to compare Conor and Jeremy, Conor wins in just about every category. Conor can help bring new awareness and consumers to the brand who may not know who they are. Jeremy, while known in the fitness industry, isn’t a household name that people would recognize.

People follow the UFC and know the fighters. A small niche of the population follows bodybuilding and fitness. Most would look at Jeremy and think he’s just a guy who’s in good shape. And while they’re correct, they would have no idea that he is a 4-time Olympia champion in Men’s Physique.

I would have preferred to see RYSE go in a different direction with their spend. Knowing a little bit about Jeremy from being in the industry, he’s not going to sign on the dotted line unless there’s a nice chunk of money on the table for him to scoop up. I would have taken that money and invested it into other avenues such as some micro-influencers who are willing to promote the brand for a commission. Or better yet, don’t spend any money and build an ambassador program where the payout is commission and/or free product.

Look at brands like Ghost. They aren’t out there signing “athletes” per se. They are out there building a community that basically sells the brand for them and makes it look exciting. That’s a much better play, in my opinion. That’s not to say the athletes wouldn’t help push the brand through social media, but people also see through the promotion as they know they’re being taken care of financially by the brand to promote the products and say the things they are.

I’m not sure how long the contract is for with Jeremy, but I’m hoping that it is a one-year deal where they can evaluate things after a year to see if there was an actual return on their investment. It also comes down to what demographic RYSE is going after. Being a “lifestyle brand” are they going after the mainstream gym-goer or are they more focused on the bodybuilding and fitness community?

Only time will tell how this partnership plays out. I wish all parties involved the best and definitely want to see what Jeremy can do for the brand to help grow their awareness and sales as well as what he can do on the stage in 2020.