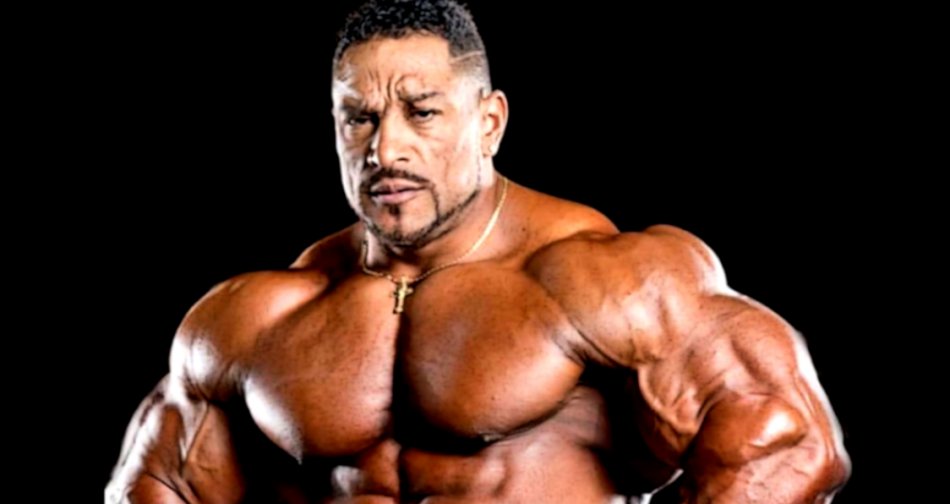 The 2020 bodybuilding season is underway and already there have been some shakeups that have bodybuilding fans’ jaws dropping. The first one that I reported on was the fact that the IFBB has revoked Shawn Rhoden’s IFBB pro card and has told him he cannot compete in any IFBB sanctioned contests until his legal matter is over. With that being said, I can only assume that if found guilty, he may never get his IFBB pro status back. But in this article, I specifically want to dive deep into the latest news regarding Roelly Winklaar pulling out of the 2020 Arnold Classic.

His reasoning for pulling out was to spend more time with his family. While I’m sure his competitors are happy he’s bailing, it makes many fans wonder if he’ll sit out all of 2020 to focus solely on the Olympia? After a lackluster fifth place finish at the 2019 Olympia, Roelly may decide to focus ONLY on his Olympia prep to see if he can win his first Sandow.

Being that Roelly Winklaar has already qualified for the 2020 Mr. Olympia competition, there really isn’t any need for Roelly to step on a stage this year unless he wants to collect a paycheck or simply allow his fans the opportunity to see him compete more than once this year. As a fan, I’d love to see Roelly on a stage. While he normally guest poses in Pittsburgh for Jim Manion’s show, maybe Roelly Winklaar will decide to hop on stage at the New York Pro and shake things up a bit?

Regardless, we are hoping that Roelly isn’t hiding an injury and truly wants to spend more time with his family. Over the years we have all gotten to learn more and more about Roelly and it’s clear that his family means everything to him. It will be exciting to see when he decides to pop up on a stage in 2020 and what kind of conditioning he will bring. Each year we anticipate the best Roelly Winklaar to date come the Olympia, but each year we are left watching Roelly display a larger-than-life physique that lacks conditioning. In 2019, Roelly looked to be battling water retention and was holding a film almost all over his body. Let’s all cross our fingers that this is the year Roelly nails it this year and competes for the Sandow.

The Door Is Wide Open

We are a little over a month away from the Arnold Classic Ohio. For those looking for last minute tickets, it will be held in Columbus, Ohio from March 5-8. If you’ve never experienced an Arnold Classic, I can tell you firsthand that it’s one of the best shows out there and it never disappoints from and entertainment standpoint.

If you’re a lover of supplements, get your duffle bags ready because the Arnold is THE BEST place to get samples and try new products – HANDS DOWN. Having been there nearly a dozen times, the expo floor is always slammed and the night show is always electric. Definitely consider grabbing your tickets and hotel soon if you are thinking about making the trip out to Columbus.

With Roelly Winklaar out of the picture, that means one less threat to worry about. However, if you think you’re going to walk into the show and steal it just because Roelly is out, think again. The 2020 Arnold Classic lineup is one of the strongest Arnold lineups I’ve seen over the years – yes, even with the absence of Roelly Winklaar.

Now that we know Roelly is out, where does that leave everyone else? Clearly, it’s hard to say that Roelly Winklaar would have been outside of the top five, which means that spot is now open for someone to take. But who?

Running down the lineup, I can easily see the top five being (in no particular order) William Bonac, Big Ramy, Dexter Jackson, Josh Lenartowicz, and then a toss-up for one of the following guys to get in: Steve Kuclo, Victor Martinez, Cedric McMillan, and Patrick Moore (if you don’t know this guy, keep your eyes out for him).

Obviously, on any given day anyone can be beat. If someone is off even by the slightest bit during pre-judging and/or the night show it could knock them out of the top five. On the flipside, if someone comes into the show and nails their conditioning (someone like Patrick Moore), it could easily bump up their placings.

As we move closer to the show, I’m going to put together a prediction article. Right now (as of the time of writing this), there are rumors that possibly Nathan De Asha could be entering the Arnold Classic Ohio. While I don’t see him being a threat to win the whole show, it does make the top five a little more interesting if Nathan can show up in shape. His conditioning will need to be 100% on point in order to stand next to some of the big boys like Ramy. But we would need a solid confirmation form Nathan in order to even start having that conversation.

What are your thoughts on Roelly Winklaar pulling out of the Arnold Classic Ohio? Do you think it was for personal (family) reasons or do you think where he was in his prep thus far wasn’t looking ready and he didn’t want to step on stage not looking his best? Let us know down in the comments.