Newer PostWill Supplement Brands Continue to Collaborate with Influencers?
Older PostDoes Blessing Awodibu Have a Prayer at Winning Arnold Australia?
Share on FacebookShare on TwitterShare on LinkedinShare on Pinterest 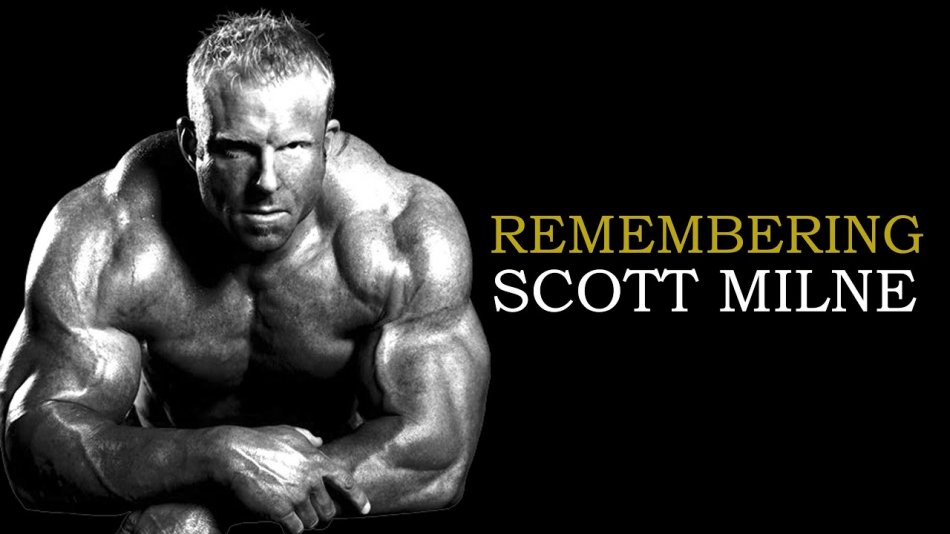 The sport of bodybuilding has lost another great superstar in Canadian IFBB Pro League Pro Scott Milne, who is said to have died of a heart attack. Words like humble, kind, and freak are all used to describe this towering giant who earned his pro card pushing the mass card and going onto the pro stage. While bodybuilding is a sport all about aesthetics, flow, and symmetry, there’s a whole other side to it.

If you want balance, art, and spectacular lines, then you go to Frank Zane, Lee Labrada, Shawn Ray and Flex Wheeler, but if you want freaky size, mass, and that gnarly look, then Scott Milne is one of the names that comes to mind. His entire run was during the Yates/Coleman years. This was a time when guys like Greg Kovacs and Markus Ruhl were roamed the circuit. In fact, they were doing more than just taking the stage, they were taking top honors and winning.

Bodybuilding fans, the press, and even a lot of the judges, really liked size. The top title wad almost like a torch, handed from one massive bodybuilder to the next. And look at the 2002 Night of Champions (the 3rd biggest bodybuilding contest at the time), where you had a jaw-dropping, picture-perfect, aesthetically-pleasing Bob Cicherillo take 2nd to Das Freak, Markus Ruhl. This was the time Scott Milne was active and absolutely no one would be dwarfing him on stage. His physique was so impressive, as was his stage presence, that when he took 2nd at the Canadian Nationals, it was deemed he was worthy of a pro card. That’s almost as big as winning, because earning that rare privilege meant that he was absolutely deserving. It wasn’t by glitch or concession.

We never want to lose our bodybuilding heroes and that’s exactly what they are. You go to any expo, any seminar, any in-store appearance, and you’ll see it, firsthand. Simple weight-training may not be a sport, but bodybuilding is so much more than that. It’s a way of life and it’s helped and saved so many. It’s just very sad to lose someone as special as Scott leave us, at just 46 years of age. That’s the same age we also lost Rich Piana, just a little more than two years ago. It’s so very sad to lose someone this young.

Scott did what he loved; he made his dreams a reality.

Only a select few bodybuilders can make a living in the sport. The vast majority cling to the hope of big prize money and/or landing a huge supplement sponsorship. Now, in Scott’s day, the magazines were in full force, the supplement companies were doing a lot better business, and the industry was very much in a competitive mindset. What I mean by that last point is, that if you were a top guy, it wasn’t entirely unrealistic to make all your money by hitting the stage, doing a few guest posings, and banking on big contracts. This is back when exclusivity contracts were in full swing and you had guys getting checks each month, sometimes doing no work, but taken off the market.

Other guys, people like Scott, really worked hard and found their money even if it wasn’t growing on trees. A lot of our heroes, while very inspiring, aren’t very hard working. Scott may not have been winning the big shows, but once he turned pro, he was always in the industry, doing interviews, making appearances, and doing the business of bodybuilding.

Nothing was going to stop Scott, even a horrific car accident that resulted in a broken neck in three different places. Two years later, after extensive rehab, he was back on stage doing what he loved. That’s what separates normal, everyday people, from bodybuilding heroes. That’s why after 10+ surgeries, the G.O.A.T. 8x Mr. Olympia Ronnie Coleman talks about doing leg presses, just minutes after surgery, laying in his hospital bed. There’s no question bodybuilding is that powerful and that’s why there’s no question that Scott touched many people with his love of the sport and why his name will forever be remembered. I think that’s very important for the friends and families of our lost heroes to know. They did great things in their lives. They stood for something.

A great way to show respect is to head over to Youtube and watch some of Scott’s videos. I was able to see clips of him competing, a clip of him on a funny movie, and also a really great clip of Scott participating in a tv sporting event. That sporting event is also notable, because he was introduced as being 6’4, 340lbs!! Now, he wasn’t in stage shape, but he was pretty damn ripped and looked very impressive.

It’s one thing to be massive like Big Ramy at 5’10, but to be 280’s (or more) on stage and 340’s in a somewhat clean off-season at 6’4 is even harder. Tall guys have a lot more to fill out and tall guys always tend to look small. Bodybuilding is not a tall man’s sport, but where there’s a will, there’s a way. Scott was never dwarfed – not by height, not by density, and certainly not by spirit!

With regards to the media, I’m very happy to have seen a great report by Rx Muscle. Dave Palumbo did a fantastic job and I’m hoping other publications will do the same during the course of the week. I would also like to see more bodybuilders do something, anything, to mourn the passing. I don’t see nearly as much of that as I’d like. And the effort can be something as simple as an IG story or post, all the way to a small video, in their own words.

In the end, mourning our lost heroes is not only doing right by their friends and families, but also by their fans and the sport in general. Scott was known as being a gentle giant and I think it’s important for our sport to show empathy.

I offer my sincerest condolences. Thank you for reading my article, here, at Iron Magazine.