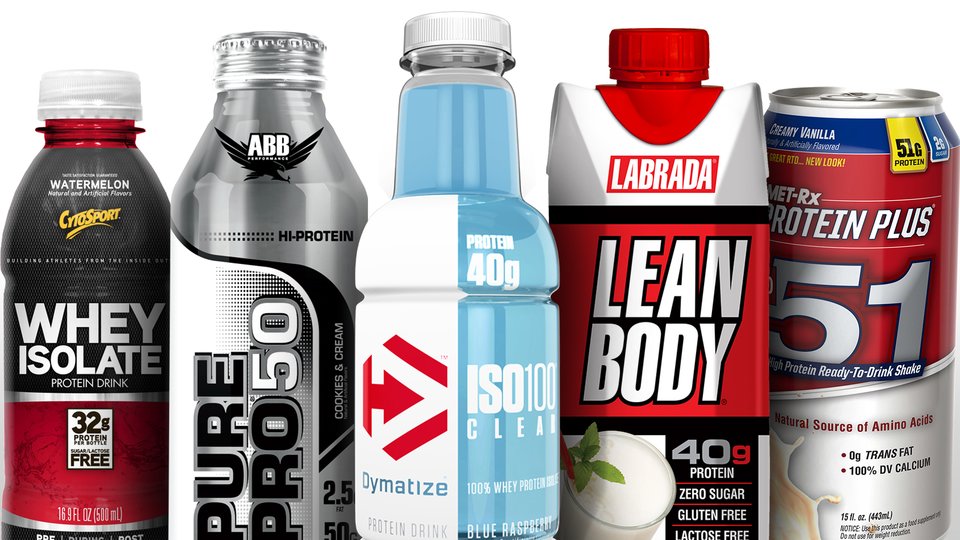 It’s interesting to watch trends shift over the years. I remember back when I worked for MET-Rx that our ready-to-drink game was one of the strongest out there. When you looked in a cooler of your gym or supplement store, the only other brand taking up any real estate in the cooler was ABB.

As my time with MET-Rx came to an end, and I started my own company, the brand was discontinuing just about every single ready-to-drink product they had except for only a few – such as the RTD51 protein shake, NOS Pumped, and a couple of others.

Now, here’s something many may know, but might not realize if you’re not in the business of selling ready-to-drink beverages – it is EXTREMELY expensive to ship drinks due to the weight. Many brands have this grand idea of launching a drink line until they wrap their arms around just how expensive it is to ship and they realize that the cost of shipping becomes too expensive for the consumer or for the brand if they ship it on their dime. If a brand is eating the shipping, its margins shrivel up to almost nothing.

After some shifts in the market changed around 2013, brands started cutting back on their drink offerings. Both MET-Rx and ABB (a division of Glanbia who also owns Optimum Nutrition, BSN, Isopure, Think Thin, and SlimFast) started reducing their offerings – MET-Rx being the brand cutting back the most.

At the time, people were more conscious of their money and when the economy started to fail and people were holding onto their money, the sales for ready-to-drink beverages declined. More and more people were looking for supplements that were easier on their wallet which pointed them back to powders. Protein powder sales were increasing as were pre-workouts since many people were switching over from their favorite ready-to-drink to something a little more economically friendly. That’s not to say that protein powders and pre-workouts weren’t selling well before this shift.

As DJ Khaled Says… Another One! (Market Shift)

Trends come and go and the market decided to make another shift towards convenience products. This shift brought back the want and need of protein bars, nutrition bars, ready-to-drink beverages, and high-protein snack options.

This resurgence of ready-to-drink beverages started to explode with the pre-workout and energy movement. Everyone and their brother seemed to be on a mission to come out with the most caffeinated beverage on the market – trying to outdo the last brand to launch an energy drink. Now, energy drinks have 300+ milligrams of caffeine in them.

Today we have brands like Cellucor and their C4 line of energy/pre-workout beverages, and now they are launching a nootropic ready-to-drink beverage. According to the numbers, Cellucor C4 is outselling VPX Bang which is crazy to think since Bang is everywhere and social media influencers and YouTubers are pushing the heck out of the drink.

The ready-to-drink movement seems to be making yet another turn. While everyone and their brother were sticking an energy drink IV into their vein, there’s a new shift happening for nootropic beverages.

Will Nootropics Last in Cans?

Ah, the million-dollar question… will it last? I’m not Nostradamus or Joshua Shall, but I do see this trend holding steady for a while. Many people will never give up their energy drinks (and that’s fine), but many people are consuming these ready-to-drink energy beverages who start becoming immune to the caffeine and stimulant boost they are used to getting. This causes them to drink a second can during the day, then a third can, then a fourth can… you get the point.

Before these individuals know it, they are consuming close to a gram of caffeine each day. I don’t believe I need to tell you that consuming that much caffeine daily isn’t the best idea for many health reasons. When consumers realize how much they are drinking (and spending) daily on these ready-to-drink beverages, they start researching for something else.

Many people who consume energy drinks are looking for a straight boost of energy simply for the feeling or rush while others want it for performance reasons. That’s where the shift to nootropics takes place. People want that mental energy and focus to allow them to get work done and stay productive without the brain-fog feeling they can get when their energy drink wears off.

A great tasting beverage is another reason why people love ready-to-drink beverages. If you’ve tried C4, Bang, or Reign, you know how great they all taste. That alone is a selling point for many. But with the shift of having nootropic beverages with that same taste is extremely appealing to consumers who are used to drinking energy drink after energy drink.

Personally, I don’t see ready-to-drink nootropics going anywhere soon. Nor do I see the energy drink category slowing down either. I think we are just getting started and as long as the economy holds steady, manufacturers of ready-to-drink beverages will be in a good place. But should the economy collapse, I believe the first thing we will all see go is ready-to-drink products.