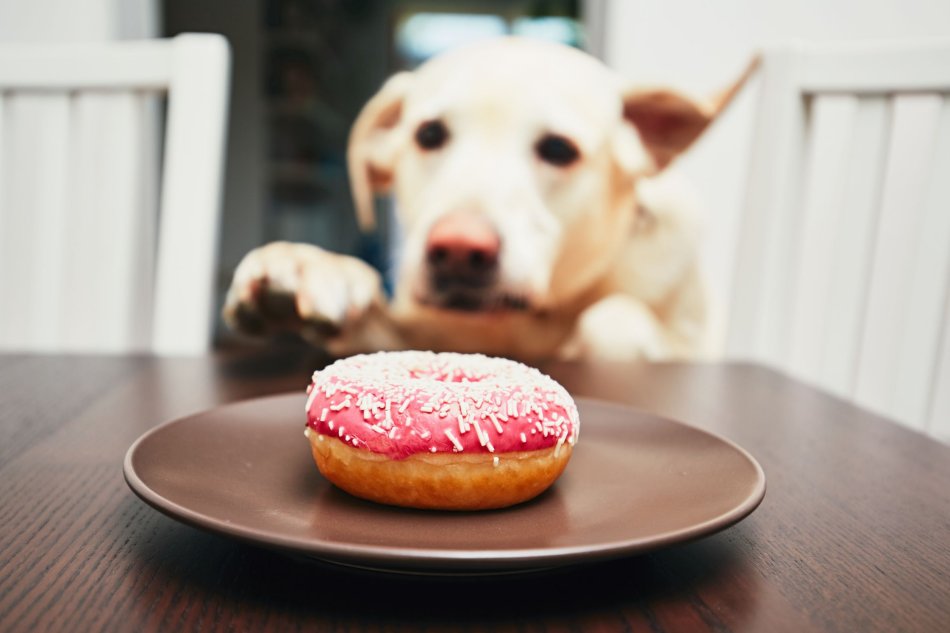 As usual, at night when I have some free time, I like to browse the internet for cool new products that fit the health and fitness niche. I stumbled upon something that instantly had my mouth watering. It’s a protein donut baking mix from the brand Macro Mike out of Australia. Just when I thought it couldn’t get any better, I saw the brand also has various other baking mixes (in multiple flavors) such as brownie mixes and cookie mixes.

Some companies ship to the United States, but upon checking their website it only appears they ship throughout Australia and New Zealand? What the heck, Macro Mike? Quit hating on us Americans! We’re fat and like our donuts. Throw us a bone and sell those delicious-looking protein donuts over here!

But all joking aside, let’s look at this protein donut baking mix as I feel these types of products would do well here in the states and many brands have been attempting to do similar things already. For instance, there’s one brand called The Dough Bar that makes actual donuts that ship to your home and you can add whatever topping you decide to purchase along with your “doughnut” order (which I have yet to try those either). In the case of The Dough Bar though, there is no baking required.

Thinking Outside the Box (of donuts)

Every time I think of donuts, I envision Homer Simpson saying, “Mmm… donuts.” And then he starts drooling (or maybe that’s me?). Anyway…

There are a few key cheat foods that all fitness-minded individuals enjoy – donuts just so happen to be one of them. But, as we all know, they aren’t the healthiest thing you can pick up at the grocery store or your local coffee/donut shop.

I’m a sucker for healthy versions of “bad” food items and desserts. While they may not taste like the real thing, if you close your eyes and pretend, you’ll be just fine. If you’ve followed my work for any period of time, you know quite often when I find cool products like this protein donut mix, I like making people aware while also making it known to the supplement companies out there that people (like me) are looking for products like this that contain protein and are a little healthier than the real deal.

While some brands are coming out with functional foods and beverages, I think more need to change their focus to where the industry is heading. People are getting sick of protein bars and protein shakes – they’re all starting to taste the same after a while. And a large majority of people prefer to eat their calories rather than drink them (unless we are talking about post-workout protein shakes).

Maybe if enough people contact Macro Mike, they’ll start making their protein donut baking mix available in the US? I’ll keep my fingers crossed. And Macro Mike, if you’re reading this… hook a brother up! We all need some donuts in our life.

I’m not sure why, but every time I see the name Macro Mike, the movie title Magic Mike pops in my head – and I haven’t even seen the movie. But let’s talk a little bit about the product itself.

The Macro Mike protein donut baking mix is sold in a sealed bag and its contents are a powder that is used to make the donuts themselves. The product is 100% natural, gluten-free, vegan-friendly, dairy-free, and uses a plant-based protein source. This protein donut baking mix does contain peanut protein as well as coconut so if you have allergies to either of those, you’re going to want to stay away from this mix as it could cause an allergic reaction.

The one thing that concerns me and that I’m not too sure about is the flavor they launched with – maple cinnamon white chocolate chip. In my opinion, the flavor is either going to be really good or really odd. Personally, I would have launched with a normal donut flavor such as a plain donut flavor with some sort of icing that can be added on top, a chocolate-flavored cake donut, or even something like an apple spice.

How do the nutritionals break down?

Overall, I wouldn’t say the profile is bad. A 30g donut isn’t going to be huge so I can accept that each donut is only 5g of protein. It’s a much cleaner alternative than an actual “unhealthy” donut so you can’t complain too much.

I’m curious to know how dry the donuts are though. Many times, when you get protein baking mixes, whether it be a brownie or cookie, they tend to come out on the dryer side of things. Hopefully, that isn’t the case with this protein donut baking mix from Macro Mike.

The baking instructions are very straightforward and seem easy to follow. All you need to do is empty the bag into a mixing bowl, add milk, and mix everything up. Then pour the mixture into silicone donut molds and bake at 400 degrees for around 15 minutes. When the timer goes off, pull them out of the oven and let them cool. Once they are cool you can sit down and enjoy yourself. Whatever you don’t eat is to be stored in an airtight container inside your refrigerator. They’re good in the refrigerator for up to seven days, but I don’t see them lasting that long as (personally) I’d be devouring them – assuming they taste good.

I’d love to get my hands on these and give them a try. If these were available in the states, would you buy them? They sound pretty interesting. Let us know down in the comments.