Newer PostArnold’s Recovery – One For The Record Books!
Older PostWill Hady Choopan Get A Visa – 2020 Mr. Olympia
Share on FacebookShare on TwitterShare on LinkedinShare on Pinterest 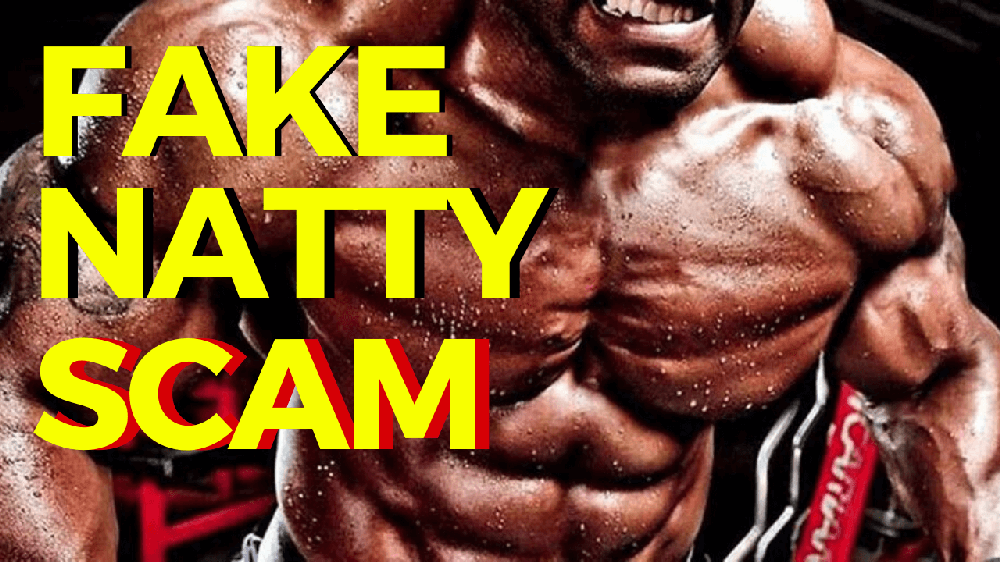 Over the last few years, we have witnessed a bunch of people (particularly on YouTube) posting natty or not callouts. I understand they are trying to help people understand that many people who claim “natty status” aren’t really natty and, in fact, using performance-enhancing drugs, SARMS, and steroids to achieve their look. My question is, “Does anyone even care anymore?”

Natty or Not is Played Out

I’m not going to specifically name the people and YouTube channels who are doing these natty or not callouts (you know who they are), but for the love of God, enough is enough. I truly don’t think anyone cares anymore. It’s pretty easy to spot someone who is using drugs to achieve their physique. Many of them walk around 365 days a year with 6% body fat and are unusually jacked and ripped. Or you have the people who in a very fast period of time completely transform their physique. Now, that’s not to say that there aren’t outliers out there where people ARE genetically gifted but that’s not the norm.

It seems pretty obvious when people are constantly claiming natty status as well. I mean, why would you need to put it in your social media profile or constantly talk about it in interviews that you’re natural, all-natural, or natty for life? I understand that they need to keep their secret safe in order to get certain jobs in television, media, etc. where they are in front of the American people, but why feel the need to keep talking about it? Maybe if they keep saying it, they’ll believe it themselves?

Does This Mean I Don’t Appreciate the Truth from People?

Nope. I appreciate those who come clean and explain their success. But do I feel they NEED to? Absolutely not. Look, there are professional bodybuilders out there who don’t even talk about their drug use and why should they? It’s commonly used in the sport and you don’t see those in the IFBB talking about it. And last I checked, steroids are ILLEGAL. So, speaking about using them is clearly not the best idea. So, why the witch hunt? What are you trying to prove?

One individual on YouTube blasts people with his natty or not callouts and HE HIMSELF uses SARMS and steroids. Kind of hypocritical, no? This individual got his start and audience from building content around the natty or not topic and his in-person callouts at shows, expos, and events.

I, for one, would not go (or even pay) to watch a natural bodybuilding show. I’m not a big guy, but I’m not going to pay to watch a show where I’m bigger than the people on stage. That’s not to say they don’t have great physiques or that they haven’t put in the work. It’s simply a preference of what I (and many others) would pay to go watch. And go look at natural shows and compare them to IFBB events.

Think about it – people go to IFBB bodybuilding shows like the Arnold and Olympia to watch freaks. The bigger the better. It’s like paying for tickets to the circus. You go to the circus to see “the freak show” (I say that with the utmost respect) and see the “unusual.”

You aren’t going to go to the circus just to see clowns, jugglers, and lions walk around. Heck, you could go to a kids’ birthday party to see clowns or the zoo to see lions. You go there to see sword swallowers, dangerous fire shows, tightrope walkers, and people flying through the air. Take those away and it would be boring, right? It turns it into a carnival. The same thing applies to the bodybuilding and fitness industry. You want to see mounds of muscle, 3% body fat where every muscle and striation is shown, and the best of the best where people are taking their physique to a level unimaginable.

Therefore, we need to stop drawing negative attention and press to our industry and the people who make it up that we love to go watch and follow. Heck, even bikini competitors are using steroids and SARMS these days – that says something.

Let’s Just Put This to Rest

I’m not going to beat a dead horse here, but enough is enough. It’s played out. If you want to draw more negative attention to the industry, these natty or not callouts are going to do just that. We already have a target on our back, we don’t need more negative press. Do we want police knocking on every IFBB pro’s door because there is a reason to believe they have possession of steroids in their home? Come on now, that’s just ridiculous. But stranger things have happened. So, what’s not to say it won’t or can’t happen?

And I’m 100% of the position that people should be able to use steroids and SARMS. Look at the evidence of how many people have negative health effects or die from its use. It’s LOW! Now, compare that with everything else out there being used and abused that is illegal. I’m not dismissing the illegal use of steroids or that it’s “ok” but look at the research and decide if we are really putting our focus where it needs to be. I’d love to see steroids become legal. I think it can help a bunch of people. But these natty or not callouts are doing a disservice to our industry.