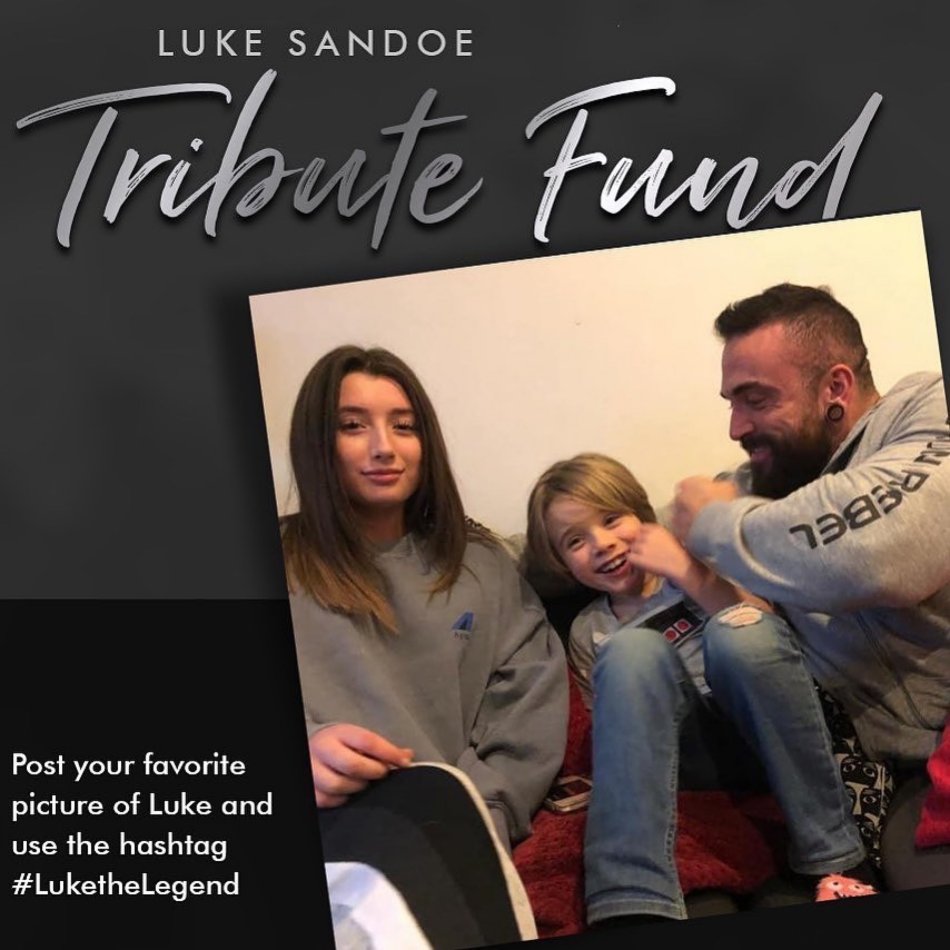 It’s always a very painful and sorrowful moment whenever we lose a member of the bodybuilding world. While our industry seems so large and expansive at expos, it’s really a small, tight-knit community and it’s times like these, when everyone comes together. I didn’t know Luke Sandoe, I didn’t talk to him on social media, in fact, I don’t ever think I even met him; however, he helped create something I really, truly, love – bodybuilding.

It’s so hard to believe that he’s gone. At just 30 years of age, he made an indelible mark on the sport. He had so much potential, he inked a major supplement contract for five years, he landed the cover of Muscular Development, and earned top honors on the stage, including a very strong 3rd place at the 2019 Arnold Classic.

It’s crazy because even though I never met him and even though I never spoke to him, I knew so much about him. That’s something really powerful about social media and Luke was very active with it, as well. Whereas some guys are super introverted and except for competing, are otherwise inactive, Luke’s influence over the industry was undeniable. He wrote a column in a magazine and he had a lot to say. Some guys have a podcast, maybe two, but Luke had several. One series I really enjoyed was Bodybuilding & Bollocks, featuring two Pro’s in Luke and Fouad Abiad. He had some great videos with Nick Trigili, did a great Ronline Report, and had a very active channel on Youtube, as well as other podcasts he either started and/or was a part of. I’m always listening to podcasts, watching videos, and/or reading articles, while I work. As cliche as it may sound, I feel like, I knew Luke through that content.

The really great champions are the ones that are down-to-Earth, that really try to narrow the gap between celebrity and fan, and who are consistent. Luke Sandoe was real and he truly cared. You can always tell the real bodybuilders from the fakes. There’s people who are only in this industry, temporarily, they’re more guests than anything else. Then there’s people who truly love the sport, who have been at it for many years and who really eat, sleep, and breathe it. That’s not to say there wasn’t more to this great champion, because there certainly was, but he was a real bodybuilder’s bodybuilder, too, What’s crazy is that I don’t know that as a result of directly knowing him, but I knew him through the media. I hate to sound redundant, but I really, truly feel like he was a friend, even though I never met him or said two words to him. If that doesn’t speak to how much of an impact he had on this sport, I don’t know what else does.

As a result of what a great man he was, there has been a huge outpouring of support from the fitness press and the fans. A special fund was started by Luke’s closest friends with 100% going to his family for funeral and memorial costs. That’s another great way to illustrate how this close-knit iron family comes together. Whether folks donate a few dollars or more substantial amounts, it all adds up, it all makes a huge difference. Even those who aren’t able to donate, simply reposting on IG and sharing the Fund’s image on Facebook pages, goes a very long way.

Another great way to show love and support, is through a special hashtag that everyone should use when posting photos, videos, and/or stories related to Luke. That tag is #LukeTheLegend. I’ve posted photos on all my Instagram accounts, along with the hashtag, and a simple #RIP. The content is spreading like wildfire on IG and will surely do so as well on Facebook, YouTube, Twitter and Tiktok. The more love and respect that’s spread, the better.

Sadly, some outlets have taken to speculating as to how Luke passed. I won’t be doing that here and I commend Ron Harris, Online Editor in Chief of Muscular Development, for providing the best reason why not to. Ron said it best. This isn’t the time for that. He went to say that when you lose someone, how they passed doesn’t change the fact they’re gone. Right now, we should be mourning a great man, a great father, and a great bodybuilder. I’m sure other outlets and/or Youtubers will race to make videos, releasing clickbait and fake news, all with the hopes of getting hits, subscriptions, and Google money, but so far, these instances have been few and far between. That’s good news – that’s very good news.

Anytime someone passes away, it’s a tragedy, but 30 is just so damn young. This thought isn’t my one, rather, it’s one shared by many of us in the industry, but when I think of Luke, I can’t help but not think of Dallas. Two guys that had so much to look forward to, everything going for them, one guy took 2nd at the Arnold, the other took 3rd. In Bodybuilding, when you’re in the Top 3 at The Arnold Classic, you’re destined for greatness!! You’ve not only made it, but you’re the elite of the elite.

In Luke, you had a guy with a thick British accent, who loved bodybuilding, who was funny and entertaining to watch & listen to, and people all over the world took to him. They related to him. That’s just really, really special. A man like that will not be forgotten and his legacy will live on. There’s so much he did, so much he wrote. That’s really one of the many great benefits of social media – it’s all there for us – and he lives on through it.

In closing, I’d just like to include that we are living during very uncertain and trying times. Millions of people, all over the world, must social distance, stay home, and wear masks. This is no life. Many, many people are going stir crazy, others are getting very depressed, and anxiety is a monster we’re all dealing with. It’s important to not let things bottle up, to talk to people, and to try to keep moving forward. I don’t know what happened to Luke, but I’m sure he, like the rest of us, has been enduring this new version of life. Should anyone feel alone, consumed by negative thoughts and/or feel overwhelmed, please contact friends and family, even look for some of the many excellent hotlines set up as result of these difficult times. You are NOT crazy, you might just need someone to talk to. Again, this isn’t so much about this article, but it’s more so about life in general.

With that said, please consider donating to the Luke Sandoe Memorial Fund, please share the Fund on social media, and try to post at least one photo, video, and/or story using the #LukeTheLegend. It means a great deal.

Thank you for reading my article, here, at Iron Magazine. Should you have any feedback, I invite you to please chime in on the comments, whether here, or wherever you may see this article.