by Matt Weik Back in April 2020, Jack Owoc made it known that he was taking his behemoth of a brand in Bang energy and partnering with the dist 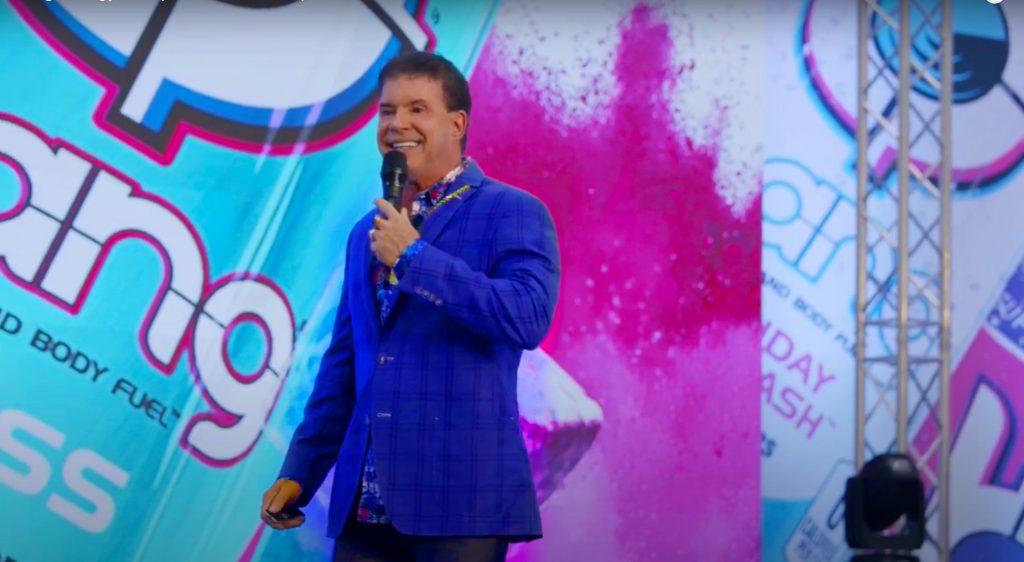 Back in April 2020, Jack Owoc made it known that he was taking his behemoth of a brand in Bang energy and partnering with the distribution giant PepsiCo to expand their reach. Well, Jack put on his MAGA hat and, in a similar fashion to Trump, said, “YOU’RE FIRED!” The partnership was officially terminated in October 2020 after a rocky six-month honeymoon.

Jack made an official statement and mentioned, “Bang Energy has had, and continues to have, a remarkable 11-year relationship with many of its prior distribution partners, including the independent Pepsi bottlers. Therefore, we sincerely expected PepsiCo to execute at an even higher level based on their enormous resources and promises. Unfortunately, we were wrong. PepsiCo, you’re fired.”

I’m just going to put it out there, and I don’t have the sales number to back this up, but this would be my observation. Most of the country has been under some sort of lockdown in 2020, making me believe that the sales and projections of Bang through PepsiCo distribution are lower than expected. People are not driving to work, they haven’t been able to go to the gym, they’re not stopping at the convenience store or gas station to pick up an energy drink, and businesses across the board have seen some dramatic changes to their foot traffic and sales. So, COVID didn’t exactly do PepsiCo and Bang any favors this year.

Now, I’m no strategist or insider (for those types of things, seek out Joshua Schall). Still, I figured I’d put a different hat on and discuss this topic since it pertains to supplements and the hot topic of energy drinks (which I have a soft spot in my heart for and have an energy drink beside me as I type this).

Jack Owoc May Be “Different,” But He Has a Vision

If you were to tell me back in April when Jack announced he partnered with PepsiCo that it would end a few short months later, I would have laughed in your face. After all, PepsiCo is a HUGE company with a vast distribution network that spans across many channels. It would only make sense that PepsiCo would take what Jack Owoc has built and grab the baton without ever looking back. Unfortunately, that does not seem like what took place.

Jack Owoc gave PepsiCo the exclusive distribution rights to Bang energy in a move that I never expected to take the turn that it has. Sure, Jack has a great relationship with many of his other distribution partners, but PepsiCo should have been the icing on the cake.

There has been much back and forth over the years between Jack Owoc and Coca-Cola. Lawsuits, a war of words, trademark infringements, the list goes on and on. When Jack partnered with PepsiCo, I looked at this more of a middle finger to Coca-Cola than anything else. You can only assume that Jack was thinking and strategizing in that manner as well. He wanted to put Coca-Cola on notice that he wasn’t going to back down from them and Reign and wanted to partner with the next big brand that goes head-to-head with Coca-Cola.

The heartbreaking split between Jack Owoc (Bang) and PepsiCo, in my mind, will only help Coca-Cola and Reign. While I haven’t seen the sales numbers, Jack claims PepsiCo did not deliver on their end of the partnership by falling short of the performance goals and sales projections they set together.

So, what happens next?

The Future of Bang Energy Drink

I’m going to say it as I see it… Bang is not going anywhere. In fact, it will continue to grow whether it had the backing of someone like a PepsiCo or not. Jack Owoc has built an empire with Bang and has a substantial following that is sweeping the nation. Yet, the one area he seems to be falling short (and where PepsiCo could have helped them) is in convenience.

PepsiCo has a ton of beverages in the coolers of convenience locations. However, in order to gain more sleeves in the cooler, they would either need to swap out something from their portfolio already taking up the real estate or knock out a competitor’s product (such as something from Coca-Cola).

I’m still left scratching my head as to why independent c-stores aren’t making room for Bang and phasing out some of the underperforming drinks in the cooler. Bang is a hot seller, and people are out there looking for it.

With all the resources that PepsiCo had, they were unable to truly bring any value to Jack Owoc and Bang. I live in Pennsylvania, and I have not seen Bang energy drinks in any of the convenience stores around where I live. What I do see is a wide variety of Reign flavors taking up a large section of cooler space.

Jack continues to launch new flavors, line extensions of caffeine-free flavors, etc. I think more than anything, the lack of support and sales from PepsiCo may have held Jack back slightly from doing more with the brand, and now that he’s broken free, he’s back off to the races.

2021 should be an interesting year for Jack Owoc and Bang. If I were a betting man (which I’m not), I’d say Jack has a few tricks up his sleeves for the new year and will continue his dominance in the energy drink space.

I don’t know about you, but I have my popcorn ready to see what’s in store next for Bang and what Jack plans to do with the brand. Will 2021 be the year he sells?