Is Any ONE Bodybuilder Bigger Than the Sport of Bodybuilding?

by Matt Weik Here of late, we are seeing a movement of bodybuilders criticizing other bodybuilders and throwing shade at the entire sport of bo 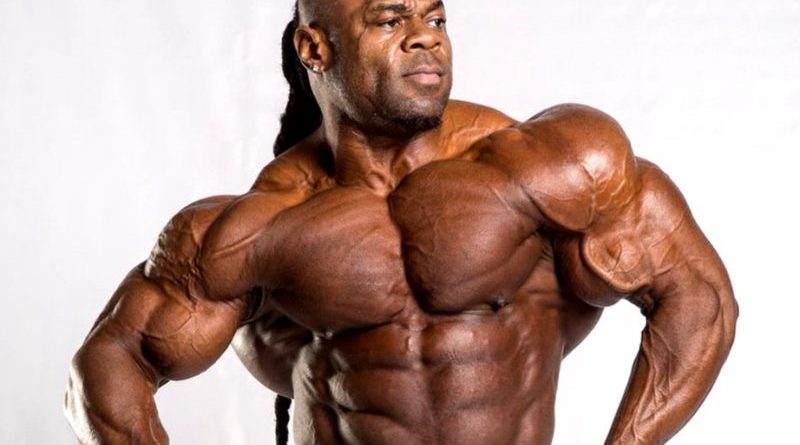 No, You’re Not THAT Important

I’m a bodybuilding fan and have been for about the last 20 years. I’ve seen the sport change and evolve as well as bodybuilders come and go. Some left a lasting impact while others retired and we never even knew they retired because they didn’t leave anyone missing their presence on the stage. But why is it that bodybuilders are starting to shit where they eat?

Look, in business, when you start voicing your opinion about the company and it starts ruffling some feathers, consider your ass canned. That’s just how it works. No one wants a cancer in the industry or business who can take down the entire organization. The IFBB is no different. Now, has the IFBB done some things to manage potential chaos? Absolutely. Look what has taken place with Shawn Rhoden.

Listen… Shawn Rhoden, while having a ton of fans, is not bigger than the sport of bodybuilding. While everyone lobbied to have him in the 2019 Mr. Olympia competition, it didn’t happen. And guess what? In his absence, the Olympia grew in many areas showing regardless of what bodybuilder is the flavor of the month, the show will go on with or without you.

Another person who I have been thinking about for quite some time now is Phil Heath. I know Phil on a personal level as he was one of my athletes at MET-Rx when I worked for the company. I love the guy to death and think he’s one of the greatest bodybuilders of all time. But for some reason, he seems to feel as if the Olympia and IFBB have something against him and refuses to show him any respect or talk him up before prior Olympia’s.

Now, Phil is looking to do a film title something like “Breaking Olympia” where what we can only imagine is going to talk about his comeback to the stage and potentially even a marketing ploy for Athleticon where he may make his welcome back celebration – potentially skipping the Olympia. Think I’m nuts? Seven Bucks Productions is supposedly the group involved in making this film a reality. Who owns Seven Bucks Productions? Dwayne Johnson and his ex-wife, Dany Garcia. Both of whom are putting on Athleticon in Atlanta after this year’s Olympia. Coincidence? I think not.

Here’s the thing, whether or not Phil Heath steps on stage at the Olympia or not, nothing will change for the sport of bodybuilding. The same goes for Shawn Rhoden and Big Ramy. Would the Olympia be more exciting with all three of them there? Sure. But the fact of the matter is, last year those three guys were absent, yet they still sold out and filled the entire arena – an even better showing than previous years when everyone was on stage.

You Made History… NOT the Sport

Arnold Schwarzenegger left his mark on the sport and has his own opinion of how bodybuilders should look. Heck, he even has his own group of shows with the Arnold Classic. But even Arnold isn’t bigger than the sport of bodybuilding. He made it public that maybe they should drug test athletes (which will never happen). And that the athletes are getting bloated stomachs and are getting too big and it’s distorting the lines that bodybuilding from back in the day was built off of. Well, guess what? His opinion hasn’t done anything. Competitors are still walking on stage pushing the limits of nearly 300-pounds.

Then you have guys like Ronnie Coleman and Dorian Yates going on record saying they don’t like the look of today’s bodybuilders and that they wouldn’t place top five in their day. Did both Ronnie and Dorian play a major role in the growth of bodybuilding? Absolutely. Are they bigger than the sport of bodybuilding? Nope.

Why Not Help Make the Sport BETTER?

As bodybuilding journalists, there are times we are critical of shows, how competitors looked, etc. But one thing is for certain, we want to see the sport grow and evolve – which it has. I don’t see anything slowing down the sport of bodybuilding. While we compare shows such as Athleticon or the Arnold Classic to the Olympia, nothing will ever replace the Olympia. Competitors compete all year for their shot at reaching the Olympia stage. The same cannot be said about any other show. Not the Arnold Classic, not the New York Pro, not the Pittsburgh Pro, not any show. The Olympia is the pinnacle, the Super Bowl of bodybuilding.

Rather than bodybuilders walking around thinking that the sport of bodybuilding needs them more than they need the sport, maybe they should be grateful for the opportunity to do what they love and make money doing it? You could be here today and gone tomorrow and while your legacy will remain, so will the sport. And it will continue to grow whether you are center stage in your posing trunks or not. Everyone will eventually be replaced by the next generation. So, while you may currently mean something in the sport, think about not what the sport can do for you but what you can do for the sport while you have your time in it.