Newer PostThe Industry Is Behind You Gregg Valentino!
Older Post32 Fitness Quotes That Are More Powerful Than 72 Energy Drinks
Share on FacebookShare on TwitterShare on LinkedinShare on Pinterest 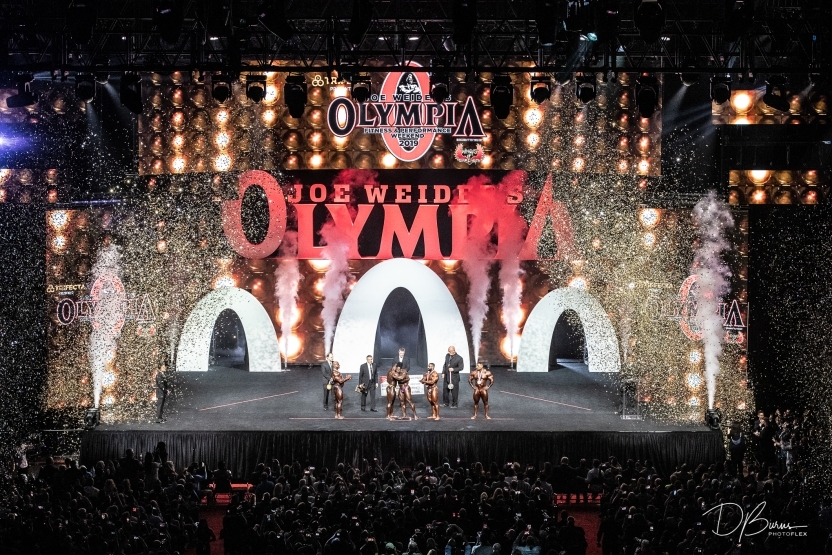 First off, I can’t tell you how excited I was to hear that the Olympia was sold to Jake Wood from AMI and David Pecker. Not that I felt the show wasn’t great, but I felt like there was money left on the table that could have been leveraged to help further improve the Olympia.

When AMI brought in Dan Solomon to help orchestrate the Olympia and lead it into the future, I knew something good was stirring as Dan is one of the best in the business and absolutely loves the sport of bodybuilding, the competitors, and especially the Super Bowl of bodybuilding contests – The Mr. Olympia competition.

David Pecker is a wealthy man and has solidified his place in print publications. However, I don’t feel as if he ever really LOVED fitness and bodybuilding. To me, it seemed like just one of those things where he knew he could make money and therefore invested in the Olympia.

How can you wake up every morning excited to build the Olympia when that’s not where your passion is? Think of it as going to work at a job you hate working at and that you feel is boring. Yes, you can hire tons of great people like Pecker did with Dan Solomon to run the show, but in the end, the passion needs to start from the top down. David Pecker needed to truly believe in the concept and where it is heading and, in my opinion, I didn’t get that impression or feeling from him.

Jack Wood, on the other hand, is deep in the bodybuilding trenches and was the perfect candidate for acquiring the Olympia, FLEX Magazine, and Muscle & Fitness (which all magazines will cease to exist from a print medium and will be switching over to a digital-only format).

The sale from AMI to Jake Wood was said to be around the $70 million mark. That’s a lot of money to be parting with if you weren’t passionate about the Olympia brand and the future of the sport and contest.

What Would I Change If I Were Jake Wood?

Clearly, I’m sitting here voicing my opinions as a Monday Morning Quarterback as I don’t have the financial means to toss around $70 million and do what I want with the Olympia. Heck, I’d love to take over the digital magazines Jake Wood acquired and continue to grow them (Jake, if you’re reading this… HIT ME UP). But I want to have some fun here and throw my two cents out there regarding things I would like to see changed with the Olympia.

When you think of championship games in any sport, the two teams who go against each other are the two teams who made it all the way through the year and playoffs to earn the right to play for the trophy. The Olympia should adopt this model.

Allowing people to sit out the entire year and make improvements isn’t helping the sport since no one gets to see many of the top five Olympia competitors during the year and those who DO need to quality won’t have as long of an off-season as those who automatically qualify from the previous year. Therefore, they don’t have as much time to improve their physique – making it harder for them to move up in the placings.

All athletes should need to qualify each year to earn their spot on the Olympia stage. I don’t think we should be giving out free passes for competitors. If they love to compete then prove it by needing to get on stage in order to qualify for the right to take home a Sandow. I would love to see Jake Wood make this change in 2021.

More Events for the Weekend

I love what the Arnold Classic is doing by bringing in a ton of events and making the weekend more inclusive to anyone and everyone. Athleticon looks to be doing something similar as well. I absolutely love this idea and feel that the Olympia could bring in a ton of revenue by allowing a more diverse group of people to make the trek out to Vegas in September.

I believe this would increase ticket sales further, improve the attendance at the expo, and overall make the weekend a much bigger spectacle than it already is.

Give the Athletes More Exposure

I don’t feel like the athletes get the exposure they deserve. This can be said about all of the shows. But the fact that the Olympia is the biggest and most coveted show, that should be the time where the media has the opportunity to get access to the athletes both before and after the show to give them their soapbox and platform to promote themselves.

If it weren’t for the athletes, the show would be nothing and I’ve never thought AMI did a good job at promoting the athletes and allowing them to speak with media and put out good content. Jake Wood sees the value in media, and I feel if anyone would be able to help the athletes connect with the media, it would be him.

Also, more media needs to be at this show. With all of the YouTube creators out there in the bodybuilding space, this would be a great opportunity for them to gain access to the competitors and get some great content.

The lighting on the stage doesn’t seem to show off the athlete’s physique very well. Maybe it’s the combination of the lighting and the backdrop? I’m not totally sure. But there are definitely inconsistencies with different areas of the stage where in some areas the physiques look good but other areas, they look poor.

Now, this could also just be on the production side of things for the live stream where the viewers at home simply don’t get the best visual experience, but even when I was present and sat in the front row at the event in the past, I didn’t feel the lighting truly highlighted their physiques.

Show Scorecards Throughout the Show

When you go to a sporting event, you always know what the score is. Why can’t the scorecards be shown at all times during the show? It would add an element of excitement to see competitors shuffle around in the rankings, while also giving an element of transparency of how the judges are scoring physiques.

I’m not saying the scoring is fixed, but many have questioned such in the past and by showing the scorecards I feel Jack Wood would be able to fix this issue.

Everyone is there to have a good time and unfortunately, with the current emcee, I feel he has overstayed his welcome to stand there, hold the mic, and be the voice of the show. I can think of a handful of people off the top of my head who Jack Wood could bring in and would to a much better job on the mic. I know several others feel the same way I do as well.