I Was Wrong… 2020 Bodybuilding Will Be Unimpressive at Best 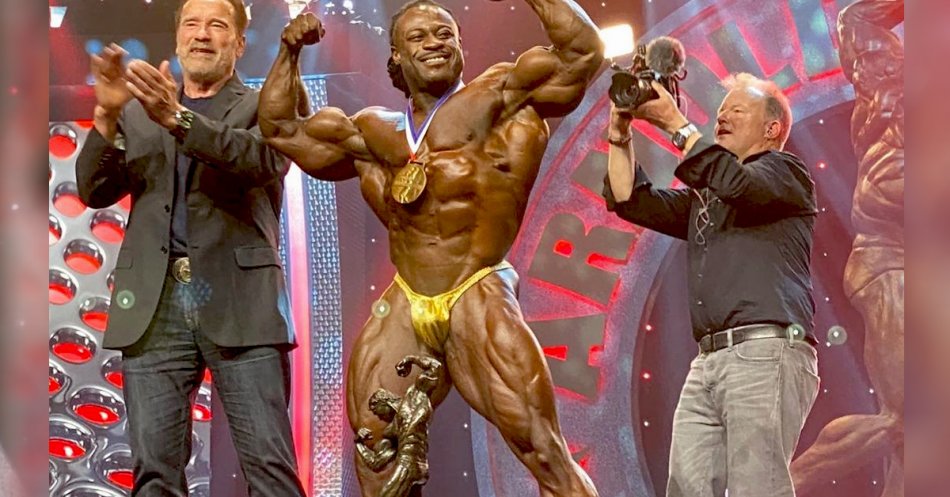 Earlier this year I wrote an article about how bodybuilding fans were going to get the experience of a lifetime with the 2020 bodybuilding season. Boy, was I wrong! Who would have thought something as crazy as a pandemic would be hitting the world and shutting everything down – causing the bodybuilding season to be put on the backburner for the time being with shows being canceled left and right?

There’s no saying as to what the next few months may hold for the 2020 bodybuilding season as states have been saying they are lifting the stay at home order and are telling people to go back to work. How will that play out? It’s yet to be determined.

However, with that being said, it doesn’t seem like gyms may open fully anytime soon. What does this all mean for IFBB pros? It means they better continue to stay creative with their workouts and maintain as much of their lean muscle mass as possible and continue eating clean to reduce fat gain. The next question becomes, should they (the competitors) shut it down in terms of competing in 2020?

2020 Bodybuilding Season Is in Jeopardy

I believe there will still be some shows that happen late in the summer months but how will it all play out for major shows like the Olympia and even Athleticon? In my opinion, coronavirus could have just killed the 2020 bodybuilding excitement for the entire year.

Now, many may be saying I’m a Debbie downer and I have little faith in the athletes bouncing back from this and making improvements, but let’s be real for a minute, with gyms closed, not many bodybuilders are going to be making any sort of drastic improvements this off-season. I’d say if they get on stage this year and look the same as last year that would be considered a win.

Let’s think about the shows for a minute. Is there a chance Jake Wood and Dan Solomon come to the conclusion that it’s best to cancel the Olympia? While I’d say the likelihood is doubtful, there are some points of concern. Should supplement companies decide to not exhibit at the expo, where will the money be coming from for the show? What if (because the Olympia is held in the colder months of the US) we see another round of coronavirus outbreak in the nation like we are hearing the media discuss? Or, worst-case scenario, what if we don’t even have the current status of the pandemic under control by that time? Could the show go on as planned?

If the Olympia were to go on as planned, I know they extended the number of shows that would allow a competitor to qualify, but what if more and more shows get canceled? Who will we even see on the Olympia stage this year? A little more than a handful of competitors? Or will they say “the heck with it” and open the floodgates for anyone to jump in so long as you qualified the previous year (they’d just roll it into the 2020 season)?

What about Athleticon? They’ve been touting this as “the show” to go see during the 2020 bodybuilding season but you’d have to think that Dwayne and his crew are a little worried about how this is all shaking out. I’m not sure people are going to be ready and willing to travel anytime soon. There’s still a lot of fear out there about being around large groups.

Yet, I know, we have several months until we need to really be thinking about these things, but you’d think it’s still a topic of conversation right now to at least get something put on paper to consider. Maybe push all of the shows back? But then you need to think about the competitors who would already be prepping and what that would mean to them. Not to mention everyone who already booked hotels, flights, and accommodations. It would be a nightmare on the same level as the Arnold Classic Columbus where a ton of people lost a lot of money.

Are Athletes Willing to Compete at Less Than 100%?

I’ve spoken to a few IFBB pros over the last few weeks of our quarantine and the common denominator has been that they are just doing what they can to stimulate the muscle and try to maintain what they currently have. Sure, some guys are using science and technology to their advantage.

For instance, Phil Heath is doing his workouts while utilizing his Compex machine. These types of devices are extremely helpful as they have not only strength and muscle-building programs in them, but they also have recovery programs that can help athletes recover faster and improve their overall results from training. I’m not saying the Compex machine is going to have Phil looking better than ever in the 2020 bodybuilding season simply because of the device (he’s been using Compex for years as a tool and there’s no for sure thing that Phil will even be getting on a bodybuilding stage this year at all).

If I were to toss my two-cents out there (for what it’s worth), if you don’t need the money from competing to survive and keep a roof over your head, I’d take the entire 2020 bodybuilding season off to treat any injuries you may have, let your body fully recover from you beating it up every year to compete, and put your focus on the 2021 season.

I’m sure there are some people out there who will whole-heartedly disagree with my statement and you have a right to your opinion. But, if this year is going to be more than halfway over by the time shows start happening, is it worth rushing to prep this year when you can make some great off-season improvements (assuming gyms open around June/July/August) and make a huge splash in 2021?

Everyone Is Feeling the Effects

It’s tough to write an article like this during these times as we have so many issues going on not only in the US but across the globe. For many, bodybuilding isn’t even a blip on their radar right now and people are just trying to survive without a paycheck, a form of income, and the reality that people are still getting sick and infected.

I just hope that there is a light at the end of this tunnel that would allow some shows to take place in 2020 where competitors can jump back on stage and compete. Again, there are some competitors out there who NEED to compete just to live and pay their bills. No shows mean no money. And they want to get back to work just like the millions of Americans who are unemployed due to the nation basically shutting down everything except “essential” businesses.

All we can do is cross our fingers that we will return to normalcy soon and that we can get back to our normal lives again. Until then, it’s home workouts or using good old Mother Nature as an outdoor gym to at least maintain our current conditioning.