Hunter Labrada Just Proved Many of Us Wrong 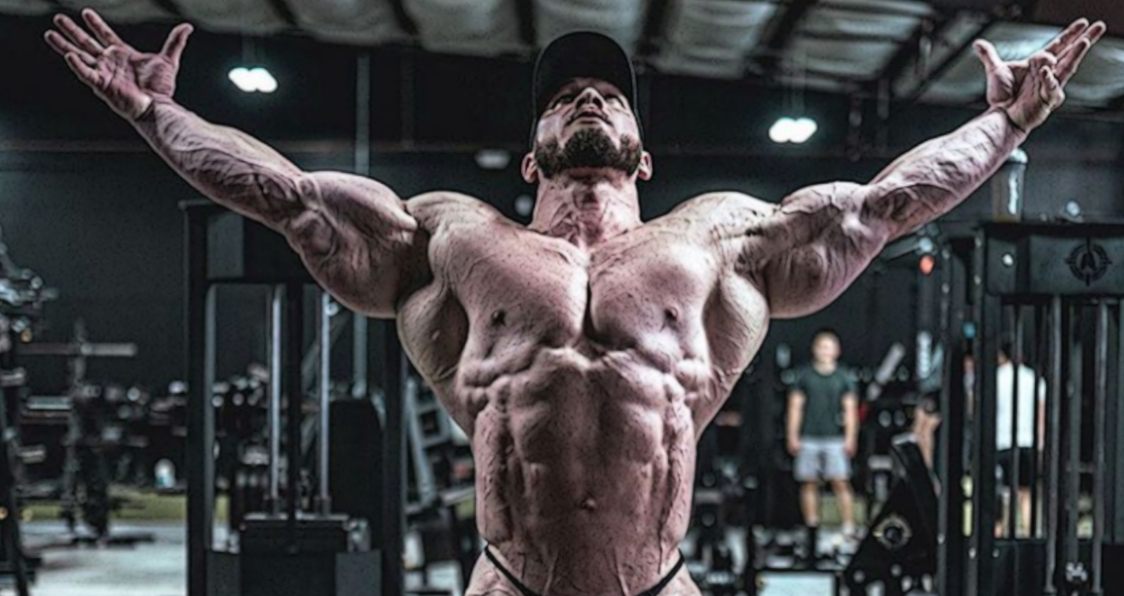 Back in 2016, I wrote an article on whether or not Hunter Labrada and Sergio Oliva Jr. could ever outdo their dads. In that article, I mentioned that Hunter Labrada had quite the shoes to fill and would need to put in the work to even get anywhere close to being on the same level as when his father was competing.

My main concern for Hunter was whether or not he could fill out his physique and stand on stage next to some other of the mass monsters which at that point (2016), I said he wasn’t even remotely close. Since that article, Hunter Labrada has gone on to win his pro card in November 2018. Again, in 2019 I wrote an article questioning if Hunter would win a pro show in 2019. Well, that never panned out as we only just saw the pro debut of Hunter Labrada at the 2020 Tampa Pro – which he won!

While I wouldn’t say I was a hater by any stretch of the imagination, I saw many people on social media completely doubting Hunter Labrada and saying he’ll never look better than his dad, etc. The one thing I questioned in the past was his size and conditioning which he definitely added and improved upon in 2019 to prep for his 2020 debut.

I was a little worried that without the size, he could never stand side-by-side with the big boys on the Olympia stage and would place nearly last in all major shows like the Arnold and Olympia. Then came the 2020 Tampa Pro that we just witnessed.

I have been keeping a very close eye on Hunter Labrada in the off-season and I’ve watched him get massive. So much so, that when I heard he was entering the Tampa Pro, I had him winning the show no matter who showed up – he looked that good.

Hunter rolled into Tampa like a category 5 hurricane and destroyed every competitor on stage. His size, conditioning, and symmetry were on point. Sure, some other competitors walked up on stage and looked good, but in a line-up, Hunter knocked them all down like dominos.

Ok, that made it sound like I’m part of his camp or team and assumed that I’m traveling to Vegas the week before Christmas to the Olympia – none of which is true. But at least Hunter will be going (assuming he decides to step on stage after earning his invite through his Tampa Pro win).

Here’s the interesting part of the 2020 Olympia… who’s actually going to be there? Heck, will the Olympia even happen with all the virus nonsense out there shutting down damn near the entire world from an entertainment standpoint?

Let’s think for just a minute. Hunter has his invitation now. Who else could show up? Dexter will probably show up. Brandon will be there. Flex Lewis will be showing up (and could actually win his men’s open debut). But really who else? If the travel ban is still in place, how will the likes of Big Ramy (if he even gets an invite), Hadi Choopan, William Bonac, and Roelly Winklaar get into the US?

Most people have completely written off a Kai Greene comeback (myself included). Phil Heath doesn’t seem like he’s interested in jumping in the mix if the big boys aren’t there (although it would be another Olympia win for him and a fat paycheck). And who knows what the heck is up with Shawn Rhoden as things have been extremely quiet in his camp regarding his legal issues. So really, who’s going to be there?

Without sounding negative, as I know Jake Wood and Dan Solomon are putting in the work to make this another great production, it’s hard to get excited if no one is going to be on stage. But then again, we said the same thing about the 2019 Olympia and it was pretty dang exciting. When the Olympia rolls around we get excited to see the best of the best on stage and that’s probably not going to be the case in 2020.

Where Does Hunter Labrada Go From Here?

The best thing Hunter Labrada can do is keep his head down and keep pushing forward. Unless he needs the money (which I don’t believe is the case), it’s my opinion that he should shut things down and focus on his Olympia showing. There’s no reason to jump into other shows at this point, his focus should be on making a splash at his very first Olympia.

And with the line-up being potentially extremely weak in 2020, it’s not out the question that Hunter could land himself in the top six at his very first Olympia. Could he win the whole thing? Well, I think Dexter, Brandon, and Flex would have something to say about that.

Hunter Labrada is in a really good place right now. I’m totally blown away at the progress he’s made over the last four years since I first wrote an article about him. With Hunter being so young, he has many more years of fine-tuning things and making a real impact on the sport – which I think the sport of bodybuilding needs. With both Hunter and Sergio Jr. following in the footstep of their dads, things could great really interesting and exciting for the next few years.

The Tampa Pro was Hunter’s coming out party. And those who were never fans of Hunter Labrada got a glimpse into what the future may hold for this dedicated competitor. If there’s one thing for sure, he has some great family genetics and while we have yet to see what his career shapes out to be, one can only imagine that he’d love to outdo his old man. I have my popcorn ready.