Newer PostDon’t Judge A Book by Its Cover: My Gregg Valentino Story
Older PostDexter Jackson Wrecks The Critics – Again!
Share on FacebookShare on TwitterShare on LinkedinShare on Pinterest 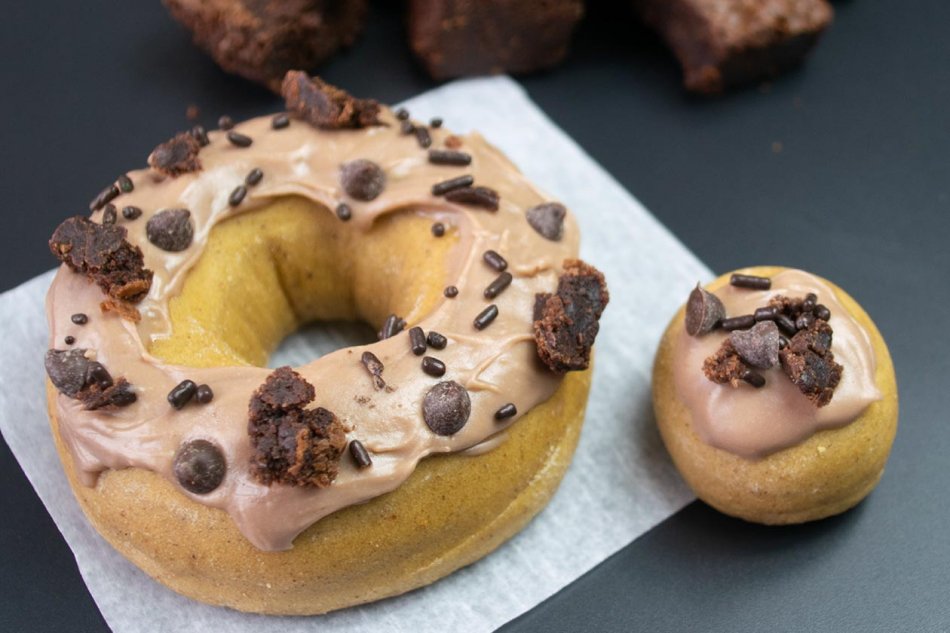 When you decide to drop some LBS (pounds), restructuring what is probably a poor diet seems easy on paper until you actually start implementing the process into real life. Sure, looking at that piece of paper (or an app like MyFitnessPal) and understanding how many calories you should be consuming daily along with your macro-nutrient ratios seems pretty cut and dry – because it is. But then comes the task of cutting out all of the unhealthy food options you have been accustomed to eating regularly. But what if there were healthy desserts that you could enjoy without the guilt? There are!

I often hear many people complaining that they can’t eat this on their diet, or they can’t eat that on their diet. ENOUGH! With today’s capabilities, there is absolutely no reason why you can’t eat the foods you love when you’re on a diet, because more than likely, there’s a healthy version of it out there – including healthy desserts.

If you’re anything like me, you enjoy a nice “unhealthy” dessert option every now and then. No, I’m not having them every day, but every once in a while, when I’m in the mood I’ll grab a donut, sticky bun, cinnamon roll, brownie, you know… little desserts. It’s not like I’m sitting down and eating an entire cheesecake (don’t judge me but I’ve done it before). Do I feel bad after I eat some of these small dessert items? No, not really. But I’m always looking for a healthier version which is something I commonly hear from clients and those online.

This may come off as a brand push but it’s honestly not as I’ve never worked with or even communicated with the people at this brand, but what they are doing is blowing my mind. The brand I’m referring to is The Dough Bar. Yes, if you have read my articles in the past, I have brought them up previously with their healthy desserts – more specifically, their protein donuts.

The Dough Bar creates healthy donuts with protein that you can eat without the guilt (assuming you don’t eat them all at once). But I’m not here to talk about their donuts again (even though they’re amazing), but rather I want to talk to you about their new protein cinnamon roll.

I Want You to Go Eat a Cinnamon Roll

When it comes to changing the way we view food, The Dough Bar takes the cake (or donut). They are constantly innovating and creating healthy desserts we can all enjoy without the remorse we generally feel shortly after consuming a sugary dessert we knew we shouldn’t have eaten. But now The Dough Bar has created another fan favorite with a protein cinnamon roll.

What made the demand so high for these healthy desserts? For starters, their donuts are fantastic so those who are already customers of The Dough Bar probably jumped all over them, but also the fact that this is something totally innovating and interesting that anyone can eat regardless if you are in the fitness industry or not. And social media is a powerful tool that got these protein cinnamon rolls out in front of millions of eyeballs.

The Dough Bar claims that their cinnamon roll promises a Cinnabon-like experience. That’s pretty ballsy to compare healthy desserts with a dessert monster like Cinnabon. Their protein cinnamon roll is their own proprietary roll topped with cream cheese icing (that you can put on as much or as little as you wish).

Now, for the million-dollar question everyone is probably wondering… “How do the macros break down?” Let’s take a look.

Looking at the images of these healthy desserts on their website has my mouth watering. What pains me is the fact that at the time of writing this article, they are still out of stock on these fast-selling protein cinnamon rolls. I need to get my hands on these, and I highly recommend you do the same.

Taking a few steps backward and looking at the nutritionals of these healthy desserts, I’m not going to say these are super healthy like you shouldn’t worry about devouring these protein cinnamon rolls. You can toss some protein into anything and essentially market it as a healthy option. Personally, while I do want to try these, I would not recommend them as a regularly consumed item in your nutrition plan if you’re trying to lose weight. Bulking, on the other hand, may be more acceptable.

While only containing 274 calories per roll (they’re dense), I’m not exactly thrilled with the total amount of carbohydrates and sugar. 16g of sugar is a fair amount and 31g of carbohydrates if you were to compare it to a protein or nutrition bar today, is pretty high. Generally speaking, I’m not a fan of consuming “healthy” varieties of foods that have more sugar than protein or equal amounts. I’d prefer higher protein and lower sugar. So, while I would recommend these as an option when looking for some healthy desserts, I would not recommend you consume them all the time (sorry The Dough Bar, I gotta keep it real).

Overall, I love where the industry is going. Functional foods and beverages are becoming truly innovative and helping people eat healthier while still “getting their fix.” I envision the next few years being extremely exciting and all of us getting to see some really cool product launches. For now, I’m going to be sitting on The Dough Bar website continually hitting refresh until these protein cinnamon rolls come back in stock.