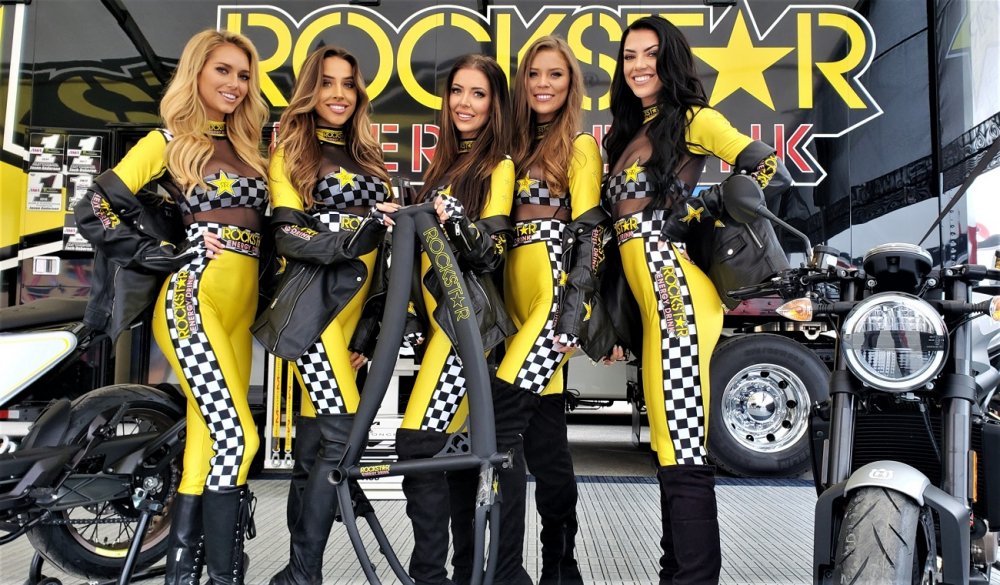 Energy drinks are one of the fastest-growing categories and with so many brands out there, it’s getting difficult to keep up with them all – which can be exciting when you enjoy trying new things. That said, you have the old school energy drink brands like Red Bull and Rockstar and then you have the new kids on the block coming on strong and stealing a good portion of the market share such as Bang Energy and Reign. But what happened to Rockstar? No one is talking about them anymore.

Rockstar Energy is Still Kicking (Just Not as Hard)

Rockstar Energy is still pushing out new products, it just seems like we don’t hear about them. I don’t understand why this is. Unless you’re on Instagram, you’d never know of their new launches. It could be because brands like Bang and Reign are pushing so hard with their marketing, or it could be that the Rockstar Energy marketing team sucks. Either way, no one seems to be paying much attention to Rockstar Energy – other than me I guess.

I’ll be honest, Rockstar Energy is still one of my favorite energy drinks out on the market. Why? Because at the cost/deal I can get them at, I’d be an idiot not to take advantage of the savings.

Now, I’ll be the first to say that I’m a huge fan of Bang and Reign. In fact, I’ll go out of my way to pick some up when I’m craving one of their unique flavors. That being said, I can get Rockstar Energy for $1 per can. Yes, you read that right. That’s half the price of a Bang or Reign that I can find for around $2.

Every time my wife goes to the grocery store (Giant Foods) I have her look at the energy drinks and see if there are any good sales. It’s not all the time but fairly frequently you can get Rockstar Energy on a 10 for $10 deal. As you’d imagine, I have her clean out every single sugar-free version they have on the shelf when they’re having such a deal. $1 per can is a steal when you compare the prices of other drinks on the market.

The interesting thing is, Rockstar Energy has its Thermo performance energy drink (comparable to Bang and Reign) with BCAAs, Co-Q10, B-vitamins, green tea extract, and 300mg of caffeine. They also have another very similar product with their XDurance drinks. Then they have their Juiced cans that are similar to the Monster Juice drinks that contain caffeine. Rockstar Energy has even mimicked the large 24-ounce cans that Monster launched in their energy drinks (same can). Heck, they even launched an organic energy drink that I never even knew existed until I visited their website (not that I’d purchase that drink though). Another drink of theirs that I never knew existed is their Boom Energy drinks.

Where’s all the marketing about these new drinks, flavors, and line extensions? I can’t even tell you the last time I saw a Rockstar Energy ad ANYWHERE. To this day I still see Red Bull commercials on television and in magazines. Where is Rockstar Energy? They’re completely gone and I’m not sure what the reason for this is.

Others Seem to Be Taking Up Their Shelf Space

Competition is fierce these days and I have been seeing a very limited selection of Rockstar Energy beverages on the shelves. Rockstar Energy has more than a handful of different categories of beverages, but you only see maybe two or three at retail locations (and even fewer in convenience stores due to how much competition is out there paying for cooler space).

Unfortunately for Rockstar Energy, competitors are out-marketing them (by a lot). While Rockstar Energy has been making their can look more eye-catching, it’s too little too late I feel. Again, don’t get me wrong, I drink the heck out of Rockstar but the brand has lost a lot of its luster in the eyes of the consumer.

Bang Energy has truly come into the market with a wrecking ball and is blasting its way through any competitor that stands in their way. Rockstar Energy just doesn’t seem like they want to put up a fight. Granted, Jack Owoc has been in a nasty legal battle with Coca-Cola for the longest time now. Jack sues them for something, then they sue Jack for something – I’m not sure if and when that battle will ever stop. Jack seems to be fine lighting money on fire with lawsuits that quite frankly no one thinks he’ll ever win but he’s not afraid to step up to the plate and start swinging.

It’s no secret that Rockstar Energy is deep in the extreme sports scene. However, so is Monster – and that’s not a battle Rockstar is going to win. If you look at the Rockstar Instagram page, it’s full of extreme sports images and videos. Interestingly enough, it looks like they may be slightly pivoting which, in my opinion, is a great idea.

I saw on their Instagram page a video clip with computers and technology (robotics). I found that this is a new line of products they will be launching called CyberPunk. It looks like it could be a gaming-specific energy drink. The flavor advertised is Samurai Cola (I’m actually interested in trying this to see if it tastes like a cola). That said, for me, it’s sugar-free or bust.

The gaming market is taking off and brands have been launching specific energy drinks that also help improve focus and concentration with a clean source of energy. I see this potentially being a good play for Rockstar Energy if they can get it out in front of consumers and promote the heck out of it. At this stage, they have nothing to lose as it’s out of sight out of mind and unfortunately everyone else is promoting their brand and products heavily. Rockstar Energy needs to do a much better job. Instagram shouldn’t be their main marketing play.

I’m interested to see what the next year looks like for Rockstar Energy. Will they step up or will they sit down? For now, I’m just going to sit here drinking my $1 sugar-free Rockstar Energy drinks.