Newer PostSeasonal Flavors and Launches Are a Hit for Supplement Brands
Older PostSupplement Advent Calendar – Who’s Up for a Christmas Holiday Project?
Share on FacebookShare on TwitterShare on LinkedinShare on Pinterest 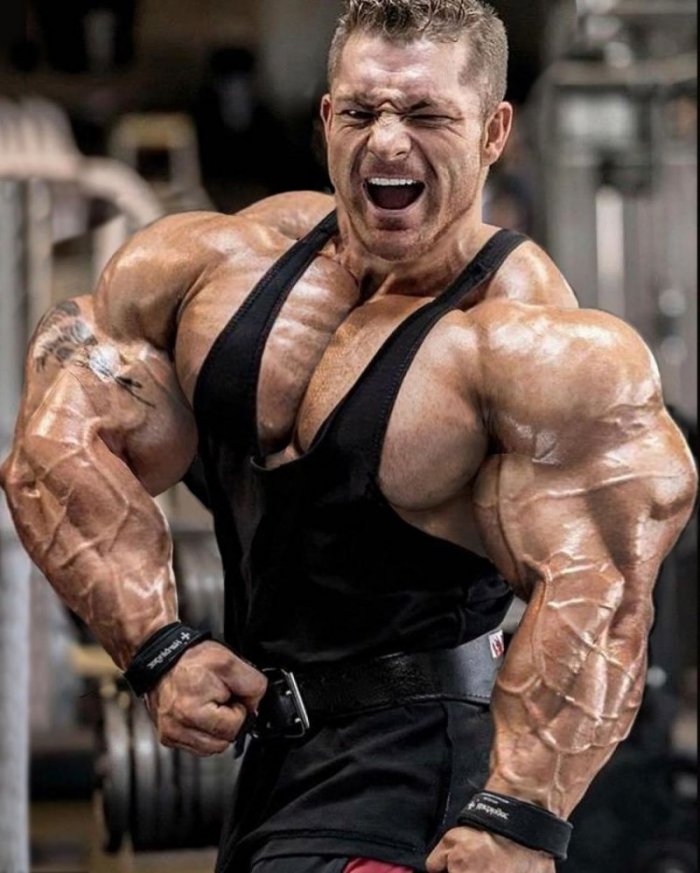 The decision to pull out of a contest is a very tough one. There’s a lot on the line, from pleasing the fans, to doing right by your sponsors, to increasing your wealth and padding your resume. Athletes take competition very seriously and when it comes to competing at the very highest levels, that competitive spirit is only compounded. Take the Superbowl, the Stanley Cup, or the World Series, for example; if a player is sidelined by injury, they’ll do whatever it takes to be there, to make history, sometimes if the decision could have very serious consequences to their health and well-being.

How many athletes have to cut their careers short simply because they didn’t take a seat years ago when doing so could have corrected their injury and left them as good as new. To even further compound the feeling of competing at the highest level, if we’re talking about a sport of one, then all of the weight that normally would be on the shoulders of an entire team, is now pressed upon the shoulders of a single man or woman. That pressure, coupled with the undeniable competitive spirit that every elite level athlete has, could be a recipe for disaster.

Bodybuilding is very much a sport of one. While we often make the case that there are a great many people involved in each competitor’s camp (e.g. coach, trainer, support network), there is only one person whose body is being transformed, one person eating, training, and lifting. While there are many people involved in the process and many people who help along the way, when it comes time to make the tough calls – that’s left to only the athlete. When an injury sidelines an athlete and they have to make the decision of either carrying on or sitting out, the pressure is far more daunting. It’s one thing for a doctor to order you to the bench, but it’s quite another for an athlete to self-impose the benching on themselves. The fact that Flex Lewis was able to make the decision, but to also go public with it, speaks volumes about him – not only as a pro athlete, but as a champion.

Moreover, 7x 212 Olympia Showdown champion James “Flex” Lewis was a huge part of the 2020 Mr. Olympia bill. In 2018, he made the decision to retire from the 212 – a division he dominated. There were many who gave him a great for run for his money. There were freaks like Jose Raymond and Ashkanani; there were aesthetic powerhouses like Hidetada, Correa, Henry and English; there were even rising stars, with tons of hype (e.g. Derek Lunsford) to deal with. Lewis dealt with them all. He could win on mass, he could on condition, and he could win with the complete package. There’s no doubt he could have gone for 10, 12, for really however many titles as he wanted. The truth is, the division stopped being competitive for him – especially with the retirement of The Boston Mass, Jose Raymond. The future looked bright for the Welshman, especially as so many fans and media pundits had made the comparison between Flex and Phil.

Phil Heath, like Flex Lewis, had won seven consecutive Sandows. He faced off against greats like Kai Greene, Shawn Rhoden, and The Egyptian Phenom, Big Ramy. Heath, like Lewis, could battle on size, condition, and also was very dangerous when presenting the full package; however, the level of dominance enjoyed by Lewis, was not that of Heath over his competition. There were some very questionable victories for The Gift. Some of these victories were so questionable, they resulted in Kai Greene leaving the stage for good. Nonetheless, you had two amazing champions, both in bodybuilding, but competing in different divisions within a greater division. People wanted to see Flex and Phil battle on stage, so in 2018 Flex made the move, taking what was to be two years to hit the open stage – the same stage that Heath is said to be making his comeback at. Unfortunately the much talked about showdown won’t be happening this year. That being said, Flex refused to do what Phil and so many others have done before.

In 2018, Phil should have sat out the Olympia. He would have preserved his legacy, undergone the necessary medical treatments, and come back in 2019 like a bat out of hell. Who knows, maybe he would have won in ‘19, won this year, and simply kept going. Instead, like so many other star athletes (especially champions) Phil thought he could simply edge out the competition. You have to knock out a Mr. Olympia, right? Well, if Kai, Shawn, Dexter and Ramy hadn’t been able to do it, Phil probably thought that he could pull a Dorian ‘97 move.

In 1997, Dorian Yates was literally falling apart. Had Dorian stopped in ‘96 or if Phil had stopped in ‘17, maybe they would have far longer runs. Maybe the damage for them had already been done, though. It’s mindboggling to me that for Ronnie Coleman’s entire Olympia reign, he was suffering from excruciating back pain. Imagine if Ronnie had sought treatment before it all, had trained with some sense, maybe he wouldn’t have required ten back surgeries in his post-bodybuilding career. To expect an athlete to hit the brakes and pull themselves out of the game is HUGE!! To date, Flex Lewis is one of a very few champions who’s been able to do it.

I believe Flex’s move is a shining example to all pro’s – bodybuilders and beyond. A guy on that level won’t lose much money and whatever he loses, he can remake with ease. What you can’t fix, is irreparable damage to the body. We don’t know how Flex injured himself and we don’t know what, if any, medical procedures are required, but what we do know, is that Lewis sees the bigger picture. He knows that if he makes the tough call now, that he’ll be around to fight another day at 100%. What’s the point of competing, if you’re not going to be 100%? Flex has worked too hard for this; there’s too much invested.

In the pre-social media days, competitors could hunker down for the tail-end of a prep; now, competitors at Flex’s level, are lucky if they can hunker down for a day. And while some athletes swear by the fact they’ll check out and go off the grid, very few can live up to those words. The fans won’t leave you alone, the media won’t be far behind, and sponsors, coaches, and inner circles love to share update shots and commentary. There is no downtime anymore, social media is a 24/7 thing.

I admire Flex for making the tough decision and for taking to social media immediately. A news outfit wasn’t going to break the story. No one from his circle was going to leak the news. He wasn’t going to go MIA and keep the fans in the dark, wondering what happened to him. Flex was also not going to screw over Jake Wood, Wings of Strength, or the Mr. Olympia production by keeping everyone in limbo, just so he could be the center of the universe for a little longer. All in all, Flex made all the right decisions in the right kind of way. He’s a total class act and a shining example for all professional athletes!

What’s your take on Flex Lewis’ decision? I look forward to reading your feedback in the comments.