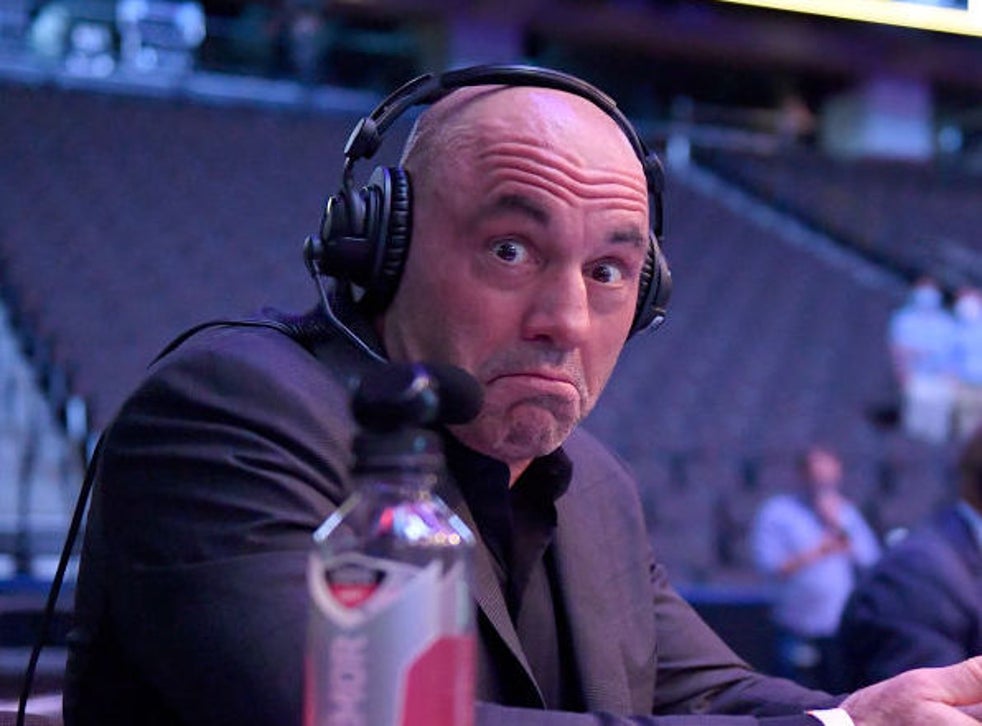 As a content creator, I’m not a fan of censorship, and it’s something I’ve discussed previously in various articles that have been published. That being said, I’m no Joe Rogan, and it appears as if Spotify employees are trying to push for Spotify to drastically edit and censor Joe Rogan’s content once his contract officially starts.

When Joe Rogan mentioned he was making the jump over to broadcast his podcast on Spotify exclusively, he signed a $100 million deal. When the news broke, Spotify stock skyrocketed, earning them billions of dollars in a matter of only 24 hours. It was insane to see the stock price jump in that short of a period. While this was a brilliant move by Spotify, the latest developments could have Joe Rogan raising an eyebrow and possibly regretting his decision to jump ship.

If you’ve been paying attention to the headlines, UFC commentator and podcast mogul, Joe Rogan, has been the center of attention over at the Spotify office and not for good reasons. It appears as though Spotify employees have had more than ten meetings discussing what they want to do with the Joe Rogan Experience. Per the contract, Joe Rogan has signed a multi-year exclusive partnership with Spotify in what he thought would be a smooth transition. However, it doesn’t appear as if everyone is on board with his uncensored podcast.

Employees of Spotify have made it clear that they aren’t in agreement with what Joe can and can’t say on his podcast. In fact, they want to heavily regulate, edit, and censor the Joe Rogan Experience. This petition has caused quite the uproar, and if indeed this gets pushed through, it could throw egg on the face of all parties involved.

Joe Rogan is known for being a little edgy (ok, extremely edgy) with the topics he discusses, how he handles himself on his podcast, the people he brings on the show and the antics that ensue. Pulling back the reins could backfire and cause a drop in listeners, which would lead to lost revenue, loss of sponsorships, as well as ads for Spotify.

The bottom line is that Joe is Joe, and many people do not believe Joe Rogan will agree to these new terms. One can only imagine that when Joe Rogan signed the contract, none of this was discussed. If Joe were smart (which he is), you would assume there is a clause in the contract that allows Joe the ability to pull out under certain circumstances. If this is the case, will he?

Why Change the #1 Podcast?

When Howard Stern moved to Sirius and collected a $500 million paycheck, no one batted an eye at the things that came out of his mouth. It was expected, and it’s one of the main reasons why Howard was so successful with his show. Why all of a sudden is Spotify balking at the idea of allowing Joe to be himself, which is the reason why so many love and listen to his show – he doesn’t hold back.

Anyone with half of a functioning brain would look at the ratings and revenue that Joe Rogan brings to the table and would want him to continue doing what he’s doing. Why change a model that has proven to be extremely successful and one that millions of people listen to daily?

If anything, Spotify owners should be pissed that their employees are wasting so much time in meetings discussing censoring Joe Rogan rather than actually doing their job. And honestly, who are they? A few snowflakes who are easily offended?

There has been a shift lately where everyone is so caught up in their feelings that they don’t see the bigger picture. Just because you don’t agree with something, it’s automatically bad business? Last I checked, these employees don’t own Spotify, nor did they put out the money to bring such a big name over to their platform. So honestly, sit down. Do your job and if you don’t like it, quit.

You don’t have to like Joe Rogan or even the Joe Rogan Experience. But you absolutely need to respect the fact that he has created the biggest podcast on the planet today.

What Would I Do If I Were Joe Rogan?

I’m playing Monday morning quarterback here, but I think my opinion holds some weight and is valid. As a business and brand owner, I’d do anything possible to maintain the brand I have built over the years. I think any smart business owner would agree. Changing the model, at this point, will do nothing but hurt ratings and cause listeners to no longer be interested in engaging with the content. Joe’s content is unique, and unlike anything we see out there to date. Protecting his brand and listener experience is incredibly important.

Joe Rogan needs to sit down with his legal team and figure out what’s going on. That means scheduling calls and/or meetings with the executives over at Spotify. This is of dire importance right now, and speed matters. You don’t want to get any closer to the official changeover and then get stuck. If you have a clause that allows you to get out, it needs to be found and held over Spotify’s head immediately.

I have often wondered whether or not Joe and his brand are big enough to go out on their own. Create an app or their own hosting site and do everything themselves without the help of Spotify or anyone else. They could get a crazy amount of ad revenue, sponsors, and contributors who would bring in a ton of revenue. Will it amount to the $100 million contract he signed? Maybe not. But that doesn’t mean it couldn’t grow to that, and then he has an empire to expand from.

If Joe created his own platform, he could host other podcasts or shows and piggyback off of their following and revenue-generating backing. I’m not so sure Joe needs Spotify in his corner. Joe Rogan is a household name.

Overall, Joe Rogan needs to put his cards down on the table and show his hand. Either he’s going to move forward, and the Joe Rogan Experience will remain the same, or he’s going to fold and give in to Spotify snowflake employees and become censored and conform to their demands. It’s going to be interesting to see how this all plays out.

What are your thoughts? What should Joe Rogan do? Do you agree or disagree with Spotify employees trying to censor the Joe Rogan Experience, and either way, would it change whether or not you listened to the podcast? Let us know down in the comments.