Newer PostAre KIND Bars the Kind of Thing You Should Be Eating?
Older PostAre Fitness Celebs Buying Their Followers?
Share on FacebookShare on TwitterShare on LinkedinShare on Pinterest 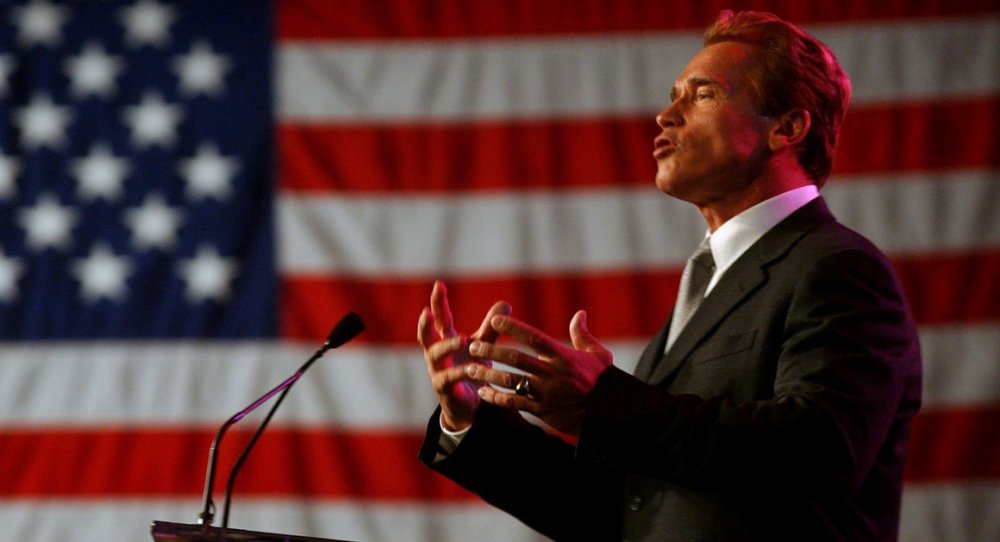 With the elections less than a month away, social media is buzzing with conversations – and all out wars – over who should fill Ruth Bader Ginsburg’s vacant seat the U.S. Supreme Court, which party should & will win both houses of the legislature, and of course, who should be the next President of the United States, the incumbent Donald Trump or his challenger Joe Biden.

With the utter insanity that is Covid-19 and all that’s been unleashed on day-to-day life, many Americans, still, find themselves in a perpetual state of limbo. Many haven’t been able to regain any semblance of normalcy – their whole lives have been in disarray since March!! From working from home, to social distancing, face masks and hand sanitizer stations as far as the eye can see, many Americans are both tired and angry. In addition to the woes the pandemic has created, political turmoil has also created a great deal of instability, with doubts in the government’s abilities to answer the calls from the people. Some of these factors are alarming, but other are expected.

We’re a society that gets the urge to race to the polls every 2-4 years to express public opinion through the voting booth, only this year, more and more citizens are being implored to vote by mail. I can tell you – this American – won’t be casting a ballot through the USPS. I have great love and respect for mail carriers, pickers/sorters, and all levels of the mailing process, but I am not a believer (much less a fan) of the USPS bureaucracy.

Bureaucracies are known for lots of red tape, titles galore, and an inability/unwillingness to adapt to new, more effective ways of doing things. All in all though, voter turnout will be high, which is favorable for our democracy, but will all votes be counted, is the major question. The more citizens who cast ballots – the better!!

That being said, what’s the political vibe like in the fitness industry? Where do most athletes, officials, and media personalities land in terms of their political stances? Are we a politically-engaged industry? Should we expect the fitness world to heat up as the election nears even more?

Bodybuilding is all about creating an aesthetic and eye-catching physique. Physique-based athletes have to have tremendous self-confidence and drive to work, tirelessly, through eating habits, training, and supplementation to really look different than average folks. Many have compared building a muscular physique to an artist sculpting a statute or a painter bringing a canvas to life. Bodybuilding is most definitely art and art is most definitely expression. If athletes express themselves through their outward appearance, you can rest assured they also have something to say.

When most lay people think bodybuilding, they think Arnold. It doesn’t matter that the last time he won the Mr. Olympia was 40 years ago, he remains the central theme of the sport and that’s a good thing. If I were to say Lacrosse, Rugby, or Badminton to most random Americans on the street, they wouldn’t have the faintest idea about a prominent player. In fact, some may not even know what the sport entails. The fact most people can associate Arnold to bodybuilding, especially that he’s a major motion film star and former Governor of California, is a wonderful thing for the fitness industry. Even though Joe and Ben Weider, Jim Manion, and Bob Lorimer have done way more for the sport, what we’re talking about is public perception by the mainstream segment of society. That being said, Arnold and Arnold’s ways do hold great influence over the adherents and enthusiasts of the sport – and that also includes politics.

Arnold is a registered republican. He’s a Republican – sort of. The Oak was married into the Kennedy clan, he’s often been considered the new generation of Rockefeller Republican (liberal Republican), and it just so happens that he despises President Trump. There’s not liking someone, then there’s despising them.

In 2016 Schwas endorsed the governor of Ohio Kasich (a moderate Republican) against Trump, who was quickly cementing his road to the nomination. Nonetheless Arnold pushed Kasich so hard that many believe it made a substantial difference in the Ohio governor scoring his one and only victory against the future GOP nominee for President of the United States. So, do most in the fitness industry vote and/or follow Arnold’s line?

To an extent, some may, but The Right is alive and well in fitness circles and many of them don’t think too much of Arnold politics. In fact, The Right is more than just alive, it’s the political ideology that’s in everyone’s face. From officials to promoters to athletes, talking like far-right patriots is not only common, but celebrated on social media. In fact, being a democrat, liberal, or socialist (I’m that last one), can get you bad phone calls and even placed in time out. Say what? Yeah, but that’s only if you’re a loser who has to ask someone else for permission to post on your own social media, if you walk on eggshells, and if you have to watch everything you say. (That last line only applies to people who want to climb a few rungs on the ladder of influence in the sport; most others can simply disregard this line and the former as Christian Duque just spouting off hot air..)

The truth is being a right winger means you’re a hunter, it means you’re anabolic, and it means you take ice cold showers in the morning while beating your chest like a gorilla. Being conservative means you LIVE FREE OR DIE, it means DON’T TREAD ON ME! It means you think welfare is for bums allergic to hard work, it means you think Global Warming is some fiction Al Gore concocted while inventing the internet, and you think using nuclear weapons on hurricanes could actually stop them (ok, the last one is me being a d*ck, LOL).

Many outspoken righties in the industry post photos with their firearms, owning the 2nd Amendment cause (even though countless liberals are NRA members and own firearms). Others blame liberals for all that’s wrong with America, even though liberals don’t control The White House, the Legislature, or the The Supreme Court. Many have even taken to blaming liberals for social distancing, having to work from home, and/or preventative guidelines. Others view the CDC as agents of The Left.

The fact is, Arnold would never sign off on any of this kind of rhetoric, so while many do look to Arnold, they don’t parrot his stances on anything they don’t agree with. That’s a great thing because while he’s a driving force, bodybuilding isn’t trapped in a cult of personality. I think it’s wonderful that people hold political values and express them openly; however, this isn’t a luxury shared by all.

Liberals in the industry are very silent. Conservatives, it seems, are everywhere, but statistically, we know there has to be a huge number of silent lefties in the mix. One side of the political divide, walk around like alphas, while the other are relegated to beta status. One side is viewed as strong, virile, and assertive, while the other is said to be weak, soft, and subservient. These warped roles are only found in the fitness industry, right? Well, yes and no.

Bodybuilding has always been, best-described as a cult sport. It’s a microcosm within fitness so in that regard whatever happens here, could be written off as the antics of a cult sport. On the other hand, bodybuilders and bodybuilding enthusiasts are also members of the world, we are part of the mainstream in other contexts of our life so it’s only natural that we bring parts of that into the sport as well.

Many in fitness will push the line of not talking politics, but they really mean is, don’t talk liberal politics. If you support Joe Biden, there’s no need to push that in peoples faces; however, if you support Donald Trump, wear your MAGA hats and shirts, badmouth immigration, crap on global warming, and raise doubts into the seriousness of Covid 19. It is a little ironic that for all the talk that Covid-19 was blown out of proportion, that the President himself contracted the illness he downplays every chance he gets.

Take BLM for example. The movement isn’t about lawlessness, looting, or hatred, but many liberals allow it to be brushed with the same brush as Antifa. That’s insane!! To compare a movement of poets, musicians, and even church ministers with an anarchist outfit of questionable intentions is a totally idiotic stretch, but most liberals won’t speak up, they’ll just say nothing or withdraw, totally, from the conversation. These passive responses on social media only serve to reinforce their perception as being weak and soft.

The fact is, if you were to gauge the Right/Left divide in fitness, purely by what you see and hear, you’d think 90% of athletes, officials, and media personalities were all hard right wing conservatives. That’s simply not the case. Liberals are so quiet that when two liberals meet, the discovery of each other’s mutual political affiliation is almost exhilarating!! You’re one, too? What a small world!!

That being said, whether you’re on the right or the left, chances are you’re going to vote and at the end of the day, that’s what really matters. This is a politically-engaged industry. There’s doctors, lawyers, engineers and working class types; there are those who gained their knowledge through booms and others who gained it through living, but all in all, we have some really intelligent people in our sport, who hold keen perspectives and have some very deep insights into political thought and theory. I, actually, believe that many of the people espousing conservative stances, are actually undercover liberals!! How’s that for a conspiracy theory?!?!

Maybe it’s not that liberals are weak for staying quiet, maybe they’re just smart for doing so. One of the worst (and easiest) places to argue politics, is social media. It’s not the kind of discussion that stays civil for long. As soon as debate reaches an impasse, any spark can start the fire. An off color remark, a misconstrued statement, or even an instance of rude commentary, can easily send the “friendly chat” on a downward spiral. These online arguments can result in people insulting each other, people getting blocked, and even real life friendships ending for good, simply because of a disagreement on a Facebook post.

What’s worse is that for all the fighting and all the insults, chances are, not a single person’s political position will have changed. In fact, not only is it unlikely that anyone changed their political outlook, these social media skirmishes have practically zero impact on who participants vote for. The whole ordeal is utterly pointless. Maybe that’s why liberals exercise a don’t ask, don’t tell stance to their political affiliation.

So… are you voting in 2020? What’s your take on liberals in the fitness industry? Do you talk politics on social media?