Doctors Need to Change the Way They Help Patients 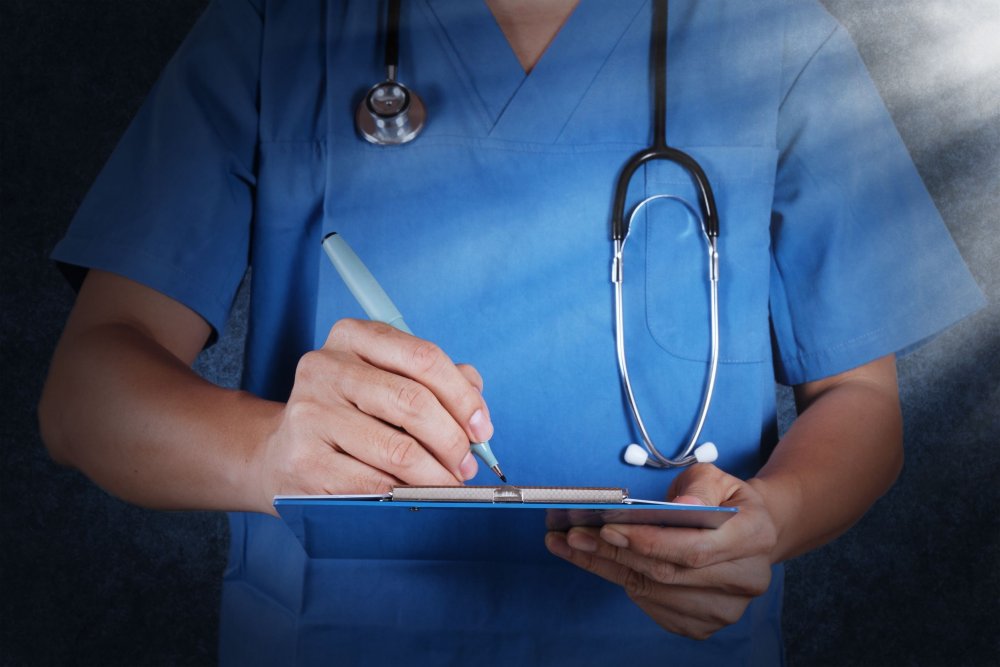 I’m going to trigger a lot of people here, but it needs to be said. The way modern medicine and doctors are treating patients today is wrong. Now, I’m going to preface this by saying that not all doctors are bad. That would be an unfair statement to make by painting everyone with the same brush. But there is a considerable number of doctors who (in my opinion) have no idea what they are talking about if it doesn’t involve a prescription or medication. Think I’m wrong? I’d love to debate it. But I also come with research (hard to trump that).

Remember the N-word? No, Not THAT One… It’s NUTRITION

I read an article the other day that hit home with me as my view and view/research are totally aligned. The article spoke about how doctors can better help their patients if they learned how to explain proper nutrition and how to change poor nutritional habits.

Much of the disease we see today can be prevented if we were to take control of our nutrition and the food we put in our mouths. Doctors are, unfortunately, the last line of defense, and when the problem worsens to the point where you need to go see a doctor, it’s too late. But not really if we can get ahead of the curve. It’s better to be on the offense rather than defense, right?

Since nutrition is so important to our health, doctors should really learn how to teach patients about nutrition to improve overall health, prevent illness and disease, and get people away from reliance on medication(s). Oh boy, can you imagine Big Pharma’s head exploding when they read that line?

In this article, a doctor was quoted saying, “I think one of the big opportunities being missed by health care professionals is that they don’t understand how nutrition is affecting their patients’ health. Having knowledge of nutrition gives us another tool in our medicinal toolbox, and it’s very beneficial. There’s been a lot of research come out lately talking about the lack of nutritional training in medical schools, but that’s definitely changing.”

That’s great as I feel doctors should know about nutrition when graduating from medical school. Heck, most of the cases they are going to see in exam rooms are due to poor nutritional choices and poor lifestyle/behaviors.

The pharmaceutical industry in 2017 was worth $935 billion. It is predicted to continue to grow in the coming years with no slowing down in sight. Why is this? Obviously, due to poor health and lifestyle choices but also because doctors aren’t really getting to the root of the cause. Instead, they are writing prescription after prescription and filling up the patient’s medicine closet. It’s frustrating because there’s a better way to help these patients, yet the doctors aren’t fully skilled to help them. But that might be changing.

I understand that doctors are walking on eggshells these days because everyone is so sensitive and don’t want to be sued. The last thing a doctor wants to do is make their patients feel bad, but honestly, sometimes tough love and a dose of reality are what people need in their life.

The fact of the matter is, if you’re 100 pounds overweight, you didn’t get that way overnight. You didn’t all of a sudden look down and wonder where your feet went. That terrible bloodwork, it didn’t happen because you were exercising regularly and eating a well-balanced diet. Nope, nope, and more nope. Let’s cut the fat and call a spade a spade. No one forced those individuals to eat in a surplus daily or sit on their butt. They did it to themselves. Ouch. That might have stung a little bit and hit you right in the feels.

Ok, enough piling on the bad news. Here’s the good news. When patients start focusing on their health, fitness, and nutrition, amazing things can happen. Illnesses can disappear or be minimized. Risk factors for other illnesses go down. Their quality of life becomes improved. Their strength goes up. Their energy levels go up. And their overall health and happiness improve. It’s not rocket science, it’s knowledge and commitment. But it’s something doctors need to be pressing rather than handing out scripts.

What Else Can Be Done Once Doctors Are Better Educated on Nutrition?

I’m not here to recreate the wheel. I don’t have that much energy in me, nor the time. However, what I can recommend is using the tools that we currently have available, and it’s something that doctors can start with right now with minimal to no nutritional background at all.

On a side note, doctors themselves need to lead by example. How can you promote health when you, yourself, are 50 pounds overweight? It’s hard for your patients to take you seriously when you look like you’re one Wendy’s Value Meal away from having that button on your shirt bust loose and become a dangerous flying projectile or better yet, you come walking into the examination room huffing and puffing like you just crossed the finish line at the New York Marathon in record time.

Anyway, back on topic… people and doctors (especially) should be leveraging the technology we currently have and possess. For instance, adults going to see a doctor will probably have a smartphone in today’s age. Perfect. Download MyFitnessPal and start utilizing it to effectively track your nutrition, your weight, and your weight loss progress. MyFitnessPal is a great way to better understand your daily food intake, what portions look like, as well as being an eyeopener for how poorly you were managing the food you were consuming on a daily basis. I love the saying, “You don’t know what you don’t know.”

A second thing we can start leveraging is the Apple Watch (or wearable technology). It’s hot right now, and it’s an excellent tool for people to start using to move more. There are other brands out there that do similar functions as well if someone does not have an iPhone to connect the watch to.

But overall, we have a bunch of great tools at our disposal that doctors can be promoting and pushing rather than sending a patient to their local pharmacy. That doesn’t solve anything. We need to get to the root of a problem and fix it THERE. Not merely manage it with medications.

It’s good to see that some doctors are taking an active approach to learn about nutrition and changing some of their patients’ behaviors and poor lifestyles. I think if more doctors would get on board, we can help cut back on the number of diseases and premature deaths we see in this country.