Newer PostThe Determination of Jake Wood
Older PostWill There Be A Posedown at the 2020 Olympia?
Share on FacebookShare on TwitterShare on LinkedinShare on Pinterest 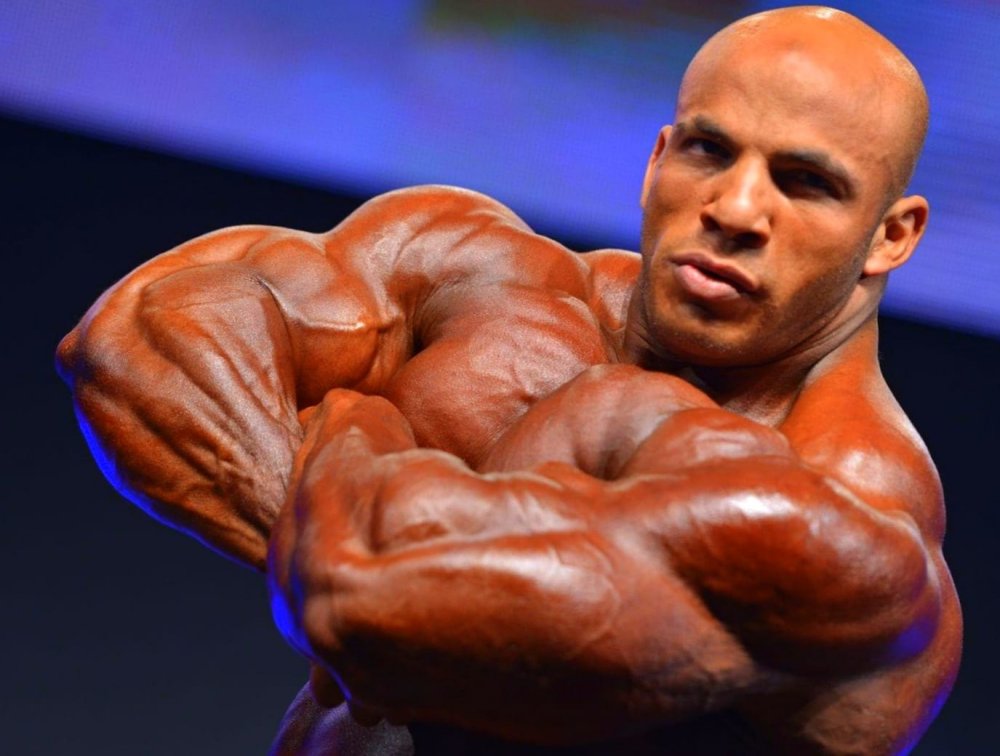 I’m going to be fully transparent. I’ve sat on writing this article for nearly a month now, and while I may have some people who disagree with me, I need to put it out there. The question of “Did Big Ramy really deserve a special invitation?” has been floating around the industry for weeks now, and you have groups on both sides of the debate. Who’s right? Well, neither are wrong. Both have a right to their opinion, and both sides have valid points. That said, I’m going to try to stay right down the middle in this debate even though I favor one side heavily (and you’ll probably figure it out if you continue reading).

Ramy Is Looking Big and Vascular Several Weeks Out

Leaked photos of Big Ramy have surfaced several weeks out from the Olympia, and it’s causing the Ramy fans to come out of the woodwork again. Things have been quiet for about a year now since Ramy missed last year’s Olympia. But, with these new photos, people are already saying he’s coming for the title.

Whoa, whoa, whoa. Pump the brakes, everyone. If you look at Ramy’s track record at the Olympia, you may be disappointed unless Ramy can actually hit his conditioning and not come in trying to be the biggest man on the stage in Orlando.

I’ll give it to Ramy though, he does look good in the photos that have been posted to social media. However, I’ve been fooled before. Therefore, I’m not getting my hopes up. In fact, if Ramy doesn’t bring it this year after taking an entire year off, I’m going to completely write the guy off from ever being the last man standing at the Olympia and taking home his first Sandow. I’ll put him up on the shelf next to Kai Greene.

Those in Favor of Having Big Ramy at the Olympia

When you think of the Olympia, you expect to see the best of the best on stage. Is Big Ramy one of the best in the world? Some would argue, yes. When Ramy steps on stage, does he command attention? Absolutely. However, over the last several years, Big Ramy has not been impressive, and his results would tend to favor my stance.

Last year, Ramy didn’t even get to compete at the Olympia. Would the results have been different if he would have been there? I don’t think so. But Ramy brings excitement to the stage, and many have said he’s a future Olympia winner. I would agree with that, but first, Ramy needs to nail his conditioning – which has been his weak point just about every year in Vegas.

Flex Lewis was a HUGE draw for the 2020 Olympia, and with him out, many were looking for another “wow” factor in the line-up, and the special invitation given to Ramy seems to have filled that void. But did he really deserve the special invite, or is it unfair to all of the other athletes?

Those Who OPPOSE the Special Invite for Ramy

Now, let’s look at things from a different lens. If you were a competitor and was in the points running for an Olympia qualification and you didn’t make it (let’s say even by one point), but Big Ramy was invited just because he’s Big Ramy, you’d be pretty pissed off, right? And you absolutely should feel that way. Ramy did nothing to earn a spot on the 2020 Olympia stage in Orlando. Not only did Ramy sit out last year, but he also missed every show in 2020.

Exactly why would he deserve the right to be on stage? He’s never won the Olympia. He didn’t have enough points to qualify like everyone else. And there were plenty of competitors who made an effort this year to earn their right to be on the Olympia stage. How has Ramy EARNED that right? What has he done?

Some may argue that Flex Lewis got a special invite, and why am I not throwing shade at Flex? It’s simple, Flex is a champion. The dude has won more 212 Olympia’s than anyone else. While the rules are that you can’t switch divisions just because you won in one, with Flex, we are comparing apples to apples. It’s not like Flex Lewis wanted to go from 212 and then jump into Classic Physique – he’s jumping up to men’s open.

I completely understand why Dan Solomon and the IFBB granted Ramy a special invite as he draws a crowd and is definitely a freak of a man with massive size. Does he bring excitement to the stage? Sure. But does that deserve a special invite and bypass all those other competitors who worked and competed this year to try to qualify through points or win a show? I don’t think so.

What Do I Expect to See When Ramy Steps on the Olympia Stage?

And that’s where Ramy has been lagging behind. All he does is bring the size game. He misses his conditioning each and every year, and I’m afraid that is what we’ll see again this year. Hands down, if Big Ramy can come into a show with his size but conditioned, I’m not sure there’s anyone who can compete with him – not even Phil.

The IFBB took a shot and gave Ramy a free pass to the Olympia, I just hope they don’t look back with mud on their face for making that decision if he once again doesn’t bring it to the Olympia stage.