Newer PostSupplement Retailers Evolve or Die with “Stay At Home” Order
Older PostShawn Ray Gets In The Last Word!
Share on FacebookShare on TwitterShare on LinkedinShare on Pinterest 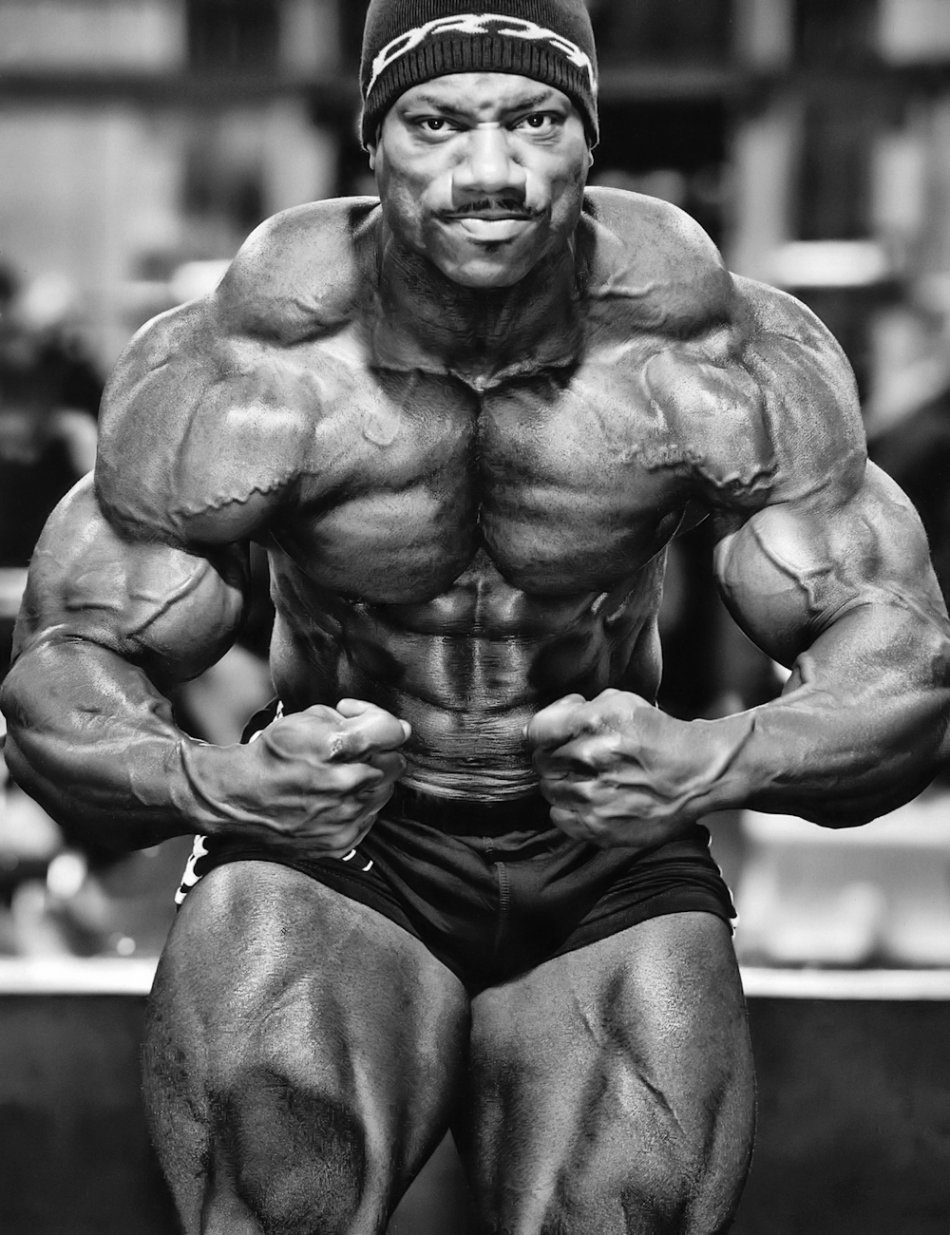 When it comes to accomplishments, no IFBB Pro on the face of the planet can stand next to Dexter “The Blade” Jackson. From his 29 pro wins, 9 Arnold Classic titles, to his 2008 Mr. Olympia title, Dexter has made an undeniable impact on the sport of bodybuilding. His name will forever go hand in hand with greatness.

It’s also expected that after a long and promising career, an athlete may want to move on to other chapters of their lives; however, when he announced that 2020 would be his last year competing, many fans could hardly believe it – they still don’t want to believe it. That being said, he’s as sharp as ever, recently competing at The Arnold Classic in Columbus, OH, in top form. This was one of the most competitive lineups in many years and Dexter nearly won it all!! While many media outlets and leading pundits refused to give him the respect he so clearly deserved, I was vocal the whole way through. I, not only, wrote he’d be competitive, I said he’d be battling for the win.

I believed, wholeheartedly, that Dexter could seal the deal and if anyone is a prime example that age is simply just a number it’s him. And sure enough, when the first callout was announced, Dexter was in the fight. Although the media hyped it up as a battle between The (returning) Egyptian Phenom, Big Ramy, and former Arnold Classic champion William “The Conqueror” Bonac, it became abundantly clear, very early on, that the actual battle, was between two Arnold Classic champions in Dexter Jackson and William Bonac. And while both Big Ramy and Steve Kuclo looked impressive, neither was good enough at that particular point in time to battle for the Top 2.

Interestingly, it was only at this point that the media started to change its tune. While they started to show Dexter some love, it didn’t come without strings attached. It was later stated, and basically adopted media-wide, that Dexter looked better for the finals and that had he looked like that in the prejudging, he might have won. Not only was that simply not the case, but the prejudging said otherwise. Dexter was on, sharp as ever, for both the prejudging and the finals; in fact, he was moved, albeit briefly, to the center during the prejudging. When it was all said and done, he took 2nd, but I believe he made Bonac really fight for it. If Dexter had won in Columbus, it would have been his tenth title, but there’s still time for him to win his 10th Arnold and still go onto Las Vegas with a ton of intensity. The fact is Dexter could win his second Sandow and retire on top of the world!!

There’s more to this than winning titles, though. I have always seen Dexter as the senior statesmen of the pro ranks. In addition to being a great champion, he’s the bridge between the 90’s, the 2000’s, and the former decade as well. He’s been a driving force for three eras, inspiring countless men and women to take up the iron and to compete on stage. Moreover, a big part of his role has been to show competitors what’s possible when your heart and your work ethic are in sync. A lot of folks like to set very lofty goals for themselves, but the only problem is, they don’t back it up with hard work. When you’re the winning-most pro in the history of a sport, your commitment to seeing your goals through is ironclad. I think a lot of people need to take note from Dexter.

With the 2020 Olympia just under six months away, some things just never change. Even though Jacson stunned the world by taking 2nd place in Columbus, he’s once again being overlooked [by the media] for the Olympia. Interestingly, many of the guys he beat, are once again favorites to doing major damage on the sport’s most important stage. It’s all good though – being an underdog has been part of The Blade’s whole career, but as a fan (who’s also a journalist), it never ceases to amaze me. Some might even think that being overlooked fuels him, but I honestly don’t think he even cares about it, especially not in what may very well be his final year competing. Again, it’s all about actions. Talk is cheap. Superstars on Dexter’s level don’t care about being accepted by the media; they of course care about the fans, but ultimately they’re all work – all gas, no breaks – till they’re in the winner’s circle!

Interestingly though, it seems that big talkers, today, get more spotlight than big doers. What’s more impressive? Those who talk big or those who go out and make things happen for themselves? I feel like certain media outlets are so obsessed with chasing hits, that they forget how important it is to do right by the fans. The [real] fans want honest media reporting. They want to know more about the champions.

This is why I applaud media groundbreaker Patrick Bet David of Valuetainment. I think what he’s doing really gives bodybuilding enthusiasts something to get excited about. He has a real set, with real promo, and he takes the time to make his interviews look spot on. The guy dresses the part, he always sounds professional, and you can tell he’s been crafting his whole repertoire for a considerable amount of time. When Dexter’s interview came out, I know for a fact that people were ecstatic. I feel that it was both entertaining, as well as educational. Anyone who watches that interview actually walks away with a greater knowledge of the sport. That’s truly the sign of a great interview and a great template by which all others should follow.

It’s kind of like news reporting. A lot has changed from the days of Walter Cronkite, Dan Rather, and even Peter Jennings. News anchors no longer report the news to the public; now the anchors are the main attraction. Sometimes, the news itself takes a backseat to the anchor’s opinions. We’ve seen a lot of that manifest itself in bodybuilding and other sports, as well. Those who cover the sport, have shifted the importance from reporting what’s happening, to making themselves the feature. In fact, you have a lot of interviewers who do more talking than their guests! No one is tuning in to hear them answer their own questions, but mainy times, the superstars end up listening more than speaking. It’s a pretty bizarre situation. Bet David, on the other hand, is old school in his approach. He asks the question and sits back; he makes an effort not to interrupt his guest and he clearly takes time in creating a relaxed atmosphere. He does a very good job and I highly recommend everyone check out his interview with The Blade.

With regards to the Olympia, I will once again go on record, and once again probably get ignored by my peers in the press, but it’s my belief that Dexter will be incredibly competitive. I know Brandon will have had the whole year to prep and I know he will give his absolute all to defending his title. I also know that Roelly will have had the whole year to prep. That being said, when Dexter won the Olympia in 2008, he had also won the Arnold Classic. Anyone who insists that that was twelve years ago, let me remind them, age is purely just a number with The Blade, so I wouldn’t spend too much time on that argument. I’ll just go ahead and let my statement stand, Dexter will be very competitive at the 2020 Olympia. What I think would be the mic drop of the century, though, would be if he won – and then retired. I couldn’t even imagine someone doing that – winning and retiring all in the same contest – THAT contest, of all contests!! But Dexter has always made history, so why would his retirement be any different? I know if it were up to the fans, however, he’d never retire. The fans will never be ready to see him stop competing.

I’m curious what your thoughts are? How do you think Dexter will do at the 2020 Mr. Olympia? Did you watch The Blade’s interview at Valuetainment? What were your thoughts on that?