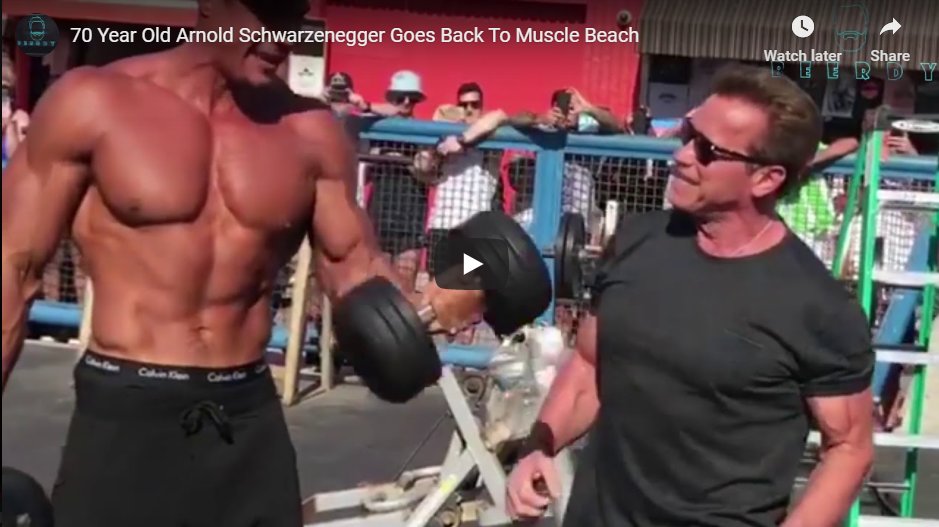 This is a very interesting question, indeed, especially with the unexpected passing of our good friend Ric Drasin. One of the things that Ric always said on his videos was that Muscle Beach was a scene that could never be recreated again. Back in those days, life was simple. Guys woke up, they trained, maybe ran on the beach and ate. They ate a high protein, high fat, and nearly carbfree meals. Oftentimes, they’d go to the Germans or different burger joints. They’d have beef patties, eggs, and sometimes cheese. Rarely would you see a tomato slice or any carbs on their plate. They’d wake up go train, have a protein drink, maybe head over to the marina, grab a meal, then lay out on the beach and tan. Sometimes, they’d run on the beach for some exercise, but it wasn’t so much for doing cardio, it was just fun.

These guys lifted hard, they ate big, and they grew. This was a real bodybuilding scene where guys lived, ate, and lifted. They also partied together and since they were always together, casting agents who wanted muscular talent need only walk onto the beach or Gold’s and the entire casting call would be met. This is how Ric landed most of his acting roles, but this scene predated the 70’s. In fact, the original Blonde Bomber, Dave Draper, was a fixture on the scene in the mid-to-late 1960’s. The scene continued on throughout time. The Golden Era is said to have ended in 1983; however, the 80’s were a great time for the scene. The 1990’s represented a whole new crew of guys, a slightly different vibe where fast cars, trendy clothes, and lavish lifestyle brought about the age of stylin and profilin, but the camaraderie was most definitely still there.

By the 2000’s, a lot of the big names that could be seen at Gold’s, World’s, the Firehouse and Max Muscle, were moving out to places like Phoenix and Vegas. Both cities were relatively close by; however, Muscle Beach started to lose a lot of its character. Big names still made a point to visit and many even trained for part of their prep there, but they no longer lived in the area. Back in the day, any time someone walked into Gold’s, they’d see a who’s who of iron superstars. As of the 2000’s that started to change. In fact, a lot of times one could walk into Gold’s and not recognize a soul. And in summation, one statement that the old guys like Ric used to say, something echoed by The Black Prince, Eddy Giuliani, and even younger guys like Lee Priest, is that what was had in Muscle Beach could never happen again. This article assesses whether or not there ever could be another scene like this, where it would be, and what would it take to be successful in 2020.

Nowadays, there’s “gyms” everywhere. A lot of facilities are nothing more than health spas or fitness centers; in fact, some don’t even have iron. In addition to vast number of training centers, cost also runs the gamut. There are a number of these chains that allow members to workout for as little $10 a month. The more hardcore gyms can average as high as $40-$60 a month. While many exercise enthusiasts look for value, those looking to build quality muscle have no problem forking over their hard earned cash for gyms that have heavy dumbbells, sturdy machines, and a wide assortment of cardio machines. Although many thought the pricebusting gyms would make the bodybuilding gyms go extinct, years ago, that’s thankfully not been the case. There’s plenty of pie for all gyms, but the slices have become a lot smaller. That being said, there’s so many gyms, catering to so many different interests, it’s both good and bad. It’s bad for business, but it’s actually good for re-creating another bodybuilding scene, somewhere. Cardio bunnies, crossfitters, and lifestyle types aren’t going to pay $60 a month to join a hardcore gym and hardcore gyms are also few and far between.

Nowadays there’s concept stores, concept malls, hell – there’s even concept cities. It wouldn’t be totally off the wall to create a bodybuilding centered space reserved for the truly hardcore. Imagine having some beachfront property, great restaurants, beautiful people and plenty of acting gigs close by. The scene is there, it’s called Muscle Beach, the only thing that’s missing is a gym that can recreate the buzz that was there in 70’s, 80, and 90’s. That can totally be done, but I don’t think Gold’s can or cares.

Branding is also huge and Gold’s has become a mainstream name. There’s nothing wrong with being mainstream, but there is if you’re after cornering the hardcore bodybuilding market. When you cater to what most people want, you can’t have guys deadlifting and dropping huge poundages, you can’t have guys curling 70’s and grunting, and you can’t have a group of folks huddled around a bench press, watching, and rooting on a guy pressing 495 for reps. That sort of sight freaks everyday people out. It scares them and they don’t ever come around, they don’t appreciate it; in fact, they don’t even want to coexist with it.

One gym that could recreate a Muscle Beach kind of feel would be Oxygen Gym. For years, folks have wondered about the big what if. What if they were to set up a U.S. base of operations? Whether in Venice Beach, Miami Beach, or somewhere like that. What if they brought the idea of setting up an iron paradise – just like in Kuwait.

For all the talk of stronger and more exotic drugs, the reality is, Kuwait built a zone for bodybuilding. It’s not about pills or serums, it’s about high quality equipment, food, supplements and 100% focus. What if Oxygen created a bodybuilding resort in America, where when you checked in, you could train, go to restaurants, and back up to your room – and it was all bodybuilding-driven?

Some folks do this sort of thing with camps or retreats, but what if this was year round? They could have sports massage, cryo, and all sorts of other therapies. The number one priority of all things at this place would be gaining muscle, healing the body, and improving. There could Be classes on posing, proper lifting, and even physical therapy. Does any of this sound like a fairy tale? It’s not, but it would require some pretty substantial investment and planning. Once the concept was laid out and executed, it could be a gold mine!! The question is, would Oxygen Gym want a U.S. branch? Would any other gym be able to score this kind of success?

If it’s built, I know the bodybuilders will come – from the local amateurs to the Olympia Top 6 – and if the bodybuilders come, the fans won’t be far behind. What do you think? Could something like this ever happen?