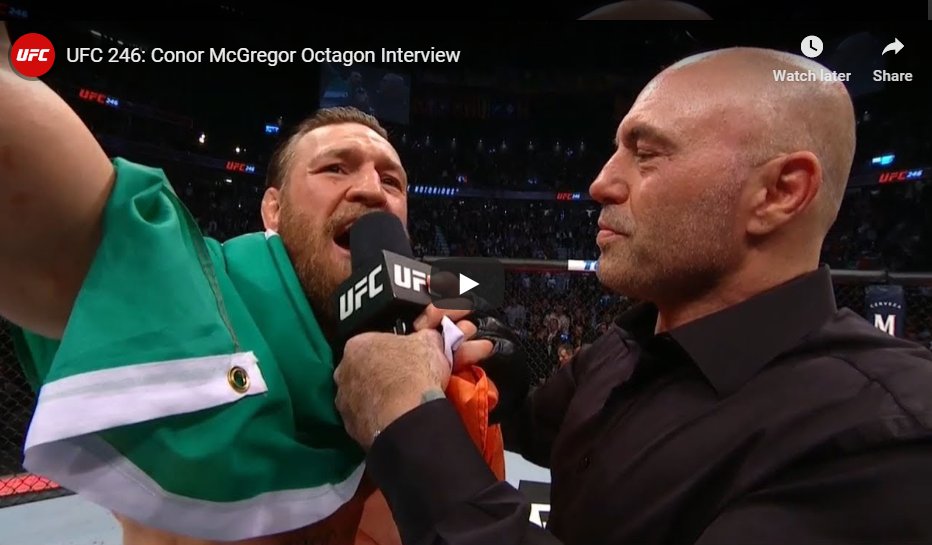 An extended absence from a sport usually means that whenever the competitor returns, he/she will have a tough time assimilating. It makes sense if you think about it. It’s a theory that’s pushed in bodybuilding, with guys like Kai Greene, and it’s starting to be used for Phil Heath. It just makes sense that the longer someone is away from the sport, the rustier they’ll get. Now, much like movie stars, wrestlers, and even pro basketball legends like Shaq are obsessed with bodybuilding, bodybuilders are obsessed with MMA.

In fact, everyone I knew was glued to their screens for the big fight this weekend. Some were very excited with Cowboy, others believed Connor would win, but everyone wanted to watch the fight. Mixed Martial Arts has certainly taken a lion’s share of the viewing public. Much to the credit of mogul Dana White, the sport has been consolidated, and moves in one direction – up! The fact is, the production value, prize money, and the quality of fights continues to improve. Many others also prefer MMA to boxing because MMA is far cleaner, to most. Boxing has a certain black cloud over it, with unusual decisions from time to time. Nonetheless, MMA is also a far more exciting sport to watch, as it includes legwork, floorwork, grappling and then some. That being said, much like boxing, it’s mastered the art of hype. Hype is key to make any fight seem like the fight to end all fights. The truth is, the fanfare worked because most people I spoke with were split down the middle.

Donald “Cowboy” Cerrone is a good fighter, but hardly stellar by anyone’s definition. His boxing career was nothing to write home about. His kickboxing record was somewhat good, but somewhat good isn’t anything spectacular, either. His MMA record, although better than his boxing and kickboxing records, was also nothing spectacular. With regards to power, even those who thought Cowboy could win, gave that to McGregor. Really, the only thing in Cerrone’s favor, was the possibility that McGregor’s three year absence would have resulted in him being less prepared. That idea faded fast, as McGregor went straight to work. Although he did try for a little presentation value, this is MMA, and the Irishman simply wanted to bury his opponent.

Perhaps the most iconic memory of this entire fight, would be the shoulder punches. I, personally, had never seen these before and didn’t even know if they were legal. To be honest, these blows really delivered substantial power behind them and rocked Cerrone, bloodying him up. The truth is, Connor was ready. He was using every tool at his disposal, wasting no time, and his opponent must have known the fight was over by the first few seconds.

It’s very hard to expound over a 40 second fight, but I felt like I was watching Tyson vs Spinks all over again. Unlike Cerrone, Spinks was an Olympic fighter, a former world champion, and someone who had a real shot (at least on paper) of stopping Iron Mike in the 1980’s. That fight lasted only one round, but what you had there was a really brutal, energetic, and downright badass, in Tyson, just wanting to annihilate his competition. Connor reminded me of Tyson. Spinks, like Cerrone, was far less eager, he was cautious, he may very well have been privy to the fact he was going to get crushed. Within just seconds of the fight, everyone knew Spinks was done, but no one thought it’d be in the first round. Similarly, as soon as McGregor came out, with the intensity that he did, it was abundantly clear Cerrone would have zero chances of winning. The best case scenario, then, would be surviving at least a couple rounds. The fact the fight lasted 40 seconds is proof positive that McGregor is back with a vengeance!

Can Connor win his title back? I think that’s abundantly clear. The truth is, McGregor’s camp was already talking about a possible fight with Jorge Masvidal and other fights to really put him back on the map. It’s back to business and that would be great, not only for the sport, but for McGregor as well. This guy is a skilled legend, he shouldn’t be throwing trash cans at buses, or making headlines for attacking old men in Irish bars. Great fighters, of this caliber, are few and far between. You don’t just take this kind of skill and throw it away. It’s also important not to fall in with the wrong crowd, as athletes with promising careers often do.

With regards to Cerrone, I think he will bounce back from this. There’s no reason he won’t have a great MMA career and go onto winning some great matches. Who’s to say, years from now, he may not even get to fight McGregor again. That being said, let’s not get ahead of ourselves. Absolutely no one is thinking about a rematch after a 40 second TKO, but I like to look at the glass half full.

With regards to prize money, McGregor was getting $3 million just to headline, but according to an interview with ESPN’s Ariel Helwani, the Irishman stated his total earnings from the fight would be around $80 million. Cerrone earned $200k for entering the octagon and would have earned an additional $200k had he won. Still, $200k for a 40 second fight ain’t bad.

Newer Post
Will It Protein Bar? Taste Test
Older Post
2020 Will Be the Most Exciting Year for Bodybuilding Fans