Breaking Olympia: The Rumors Are Starting to Spread About This Film

by Matt Weik When I first saw the hashtag by Phil Heath of #breakingolympia on his Instagram I was intrigued. Then I let my mind wander and it 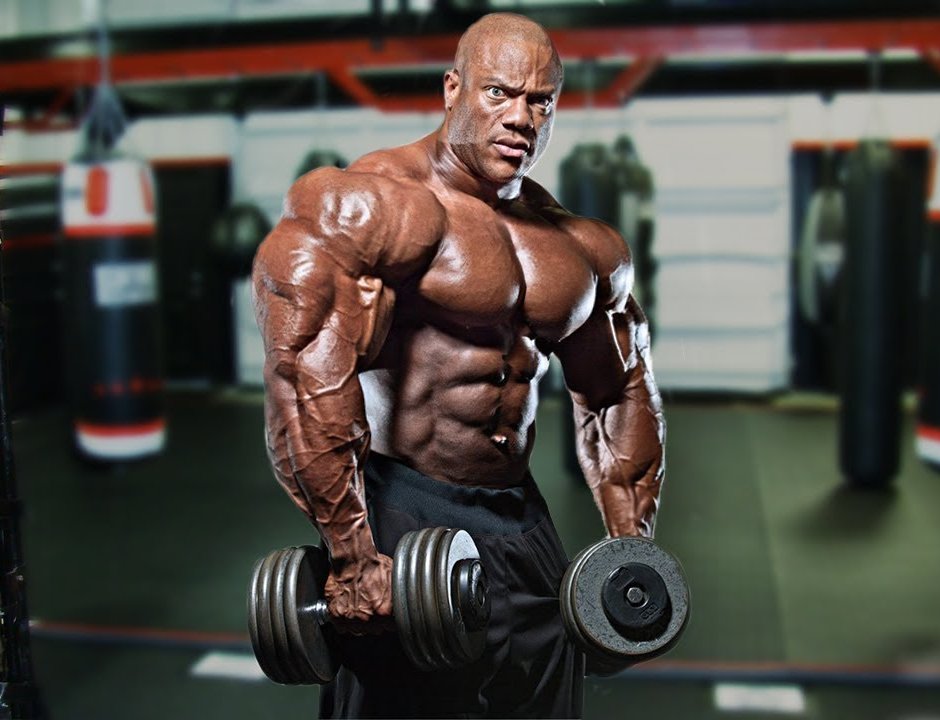 When I first saw the hashtag by Phil Heath of #breakingolympia on his Instagram I was intrigued. Then I let my mind wander and it took me places that had me a little worried about the Olympia. What exactly is Breaking Olympia? As we have found out from others in the industry, such as Nick’s Strength & Power, this is indeed a film or documentary on Phil Health. Not much else has been mentioned. But here’s what we know and what we can piece together (or at least assume).

While Phil Heath sat out the 2019 season, he has been hard at work on other ventures both inside and outside of the sport. Recent photos and videos of him are showing a Phil Heath that we are all used to seeing and from the looks of it, any show he enters in 2020 could be an easy payday for him.

So, what’s this Breaking Olympia business that we are hearing? Rumors are that he is working on a documentary about his career and maybe what’s to come for Phil, himself, in the sport.

As it stands right now, Phil Heath has seven Mr. Olympia titles to his name. Had he come back in 2019, he would probably have eight and would have tied Ronnie Coleman. But that’s neither here nor there since he decided to take the full year off to recover from his hernia surgery and focus on his various businesses.

Meanwhile, fans all across social media have been asking what he’s going to do next, when he’s going to step on stage, when he’s going to come back, etc. His response to the questions has been “I never left.” He keeps telling people that he hasn’t retired and it absolutely looks like Phil will be coming back in 2020 – but when?

Photos have been surfacing of Phil and The Rock together. We then found out that Seven Bucks Productions (owned by Dwayne Johnson) is co-producing Breaking Olympia (or whatever they are going to call it). This is an interesting move and it raises quite a few questions that we are all hoping to get answered soon.

Now, from what I gather, this will not be in theatres. It seems that Breaking Olympia will be available on Netflix. And honestly, it makes sense based on what we have seen with brands like Generation Iron who have gone the route of producing content for non-televised and non-theatre channels.

I was speaking to some people within the IFBB organization and the Olympia production itself and asked them if they have heard of Breaking Olympia and what exactly Phil Heath is up to. To my surprise, their answer was, “What are you talking about?” It appears Breaking Olympia was not communicated to the individuals I spoke with – or at least they are really good at lying to me and playing dumb (which I don’t believe is the case).

Breaking Olympia if it talks about Phil’s career and his comeback, that’s great. However, if this is an attempt to smear the Olympia because Phil feels they did him dirty and disrespected him, he’s in for a war.

For a while now, Phil has felt that the IFBB and the powers that be within the Mr. Olympia haven’t shown him any respect. They hype up other competitors rather than talking about Phil coming back to win another title, and it’s as if they totally brush him off to the side. Is this on purpose? I don’t think so. I believe it creates a better narrative and story to hype up contenders coming in to knock off the champ – and Shawn Rhoden did just that in 2018.

But if Phil is using this Breaking Olympia film to blast the Olympia and promote Athleticon instead, I feel that’s a very bad play and a slap in the face to the Olympia who helped Phil explode in the industry. We all know that the Olympia is the Super Bowl of bodybuilding. It’s a stage that everyone strives to stand on. There is no other show like the Olympia and unlike other shows, you simply can’t enter the show and get up on stage – you need to either be invited or have earned your place on the stage through the point system or wins.

If indeed, this Breaking Olympia film is a slap in the face of the Olympia, I believe you can kiss Phil’s chance of ever tying or even beating Ronnie’s Olympia record goodbye. In fact, if this is a smear attempt, I don’t believe the Olympia will ever allow Phil back on their stage.

But if The Rock is involved in the film and it’s shedding a negative light on the Olympia, that’s also a very bad play for The Rock and the opportunities he may have within the IFBB when it comes to putting on future shows. I don’t think The Rock would be that naïve to think there wouldn’t be repercussions but maybe he thinks he’s bigger than the sport?

Overall, I have my fingers crossed that Breaking Olympia is going to be something about Phil’s comeback and his quest to break the Olympia record. I hope the play on words for the Breaking Olympia title is for a positive outcome rather than a smear campaign. I guess only time will tell but I’m willing to bet Phil will skip the Olympia, Breaking Olympia will be released shortly after, and at that point, Phil will make the announcement that he will be coming back to the stage at Athleticon. That’s just my opinion, what’s yours? Let us know down in the comments.