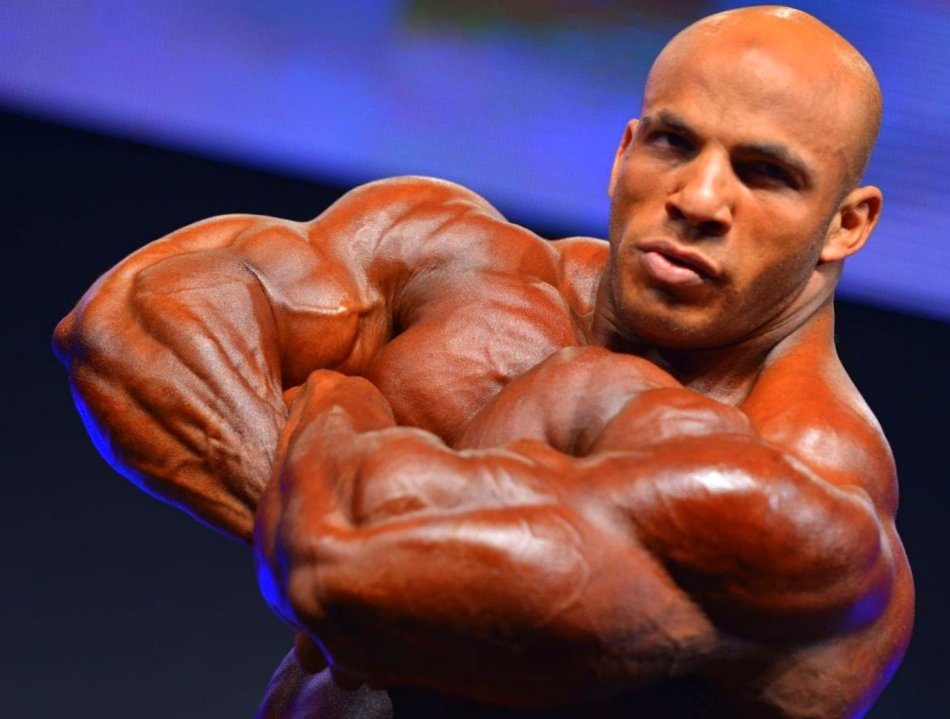 Have you seen the photos? I have. Sorry to hold that over so many of your heads, but I’ve only seen the photos, I don’t actually have them. The truth is, these images are more guarded than all the gold at Fort Knox. No one is sharing these with any outlets because Ramy is going to Columbus with a Shock & Awe type campaign.

He’s still bringing that signature size that put him on the map, way back when, but he’s coming in shredded. Now, let’s focus here. This part is very important. Are ya ready?!?! The photos I saw showed Ramy with ripped hams and near-striated glutes two weeks from the stage; if he were to come in big and ripped, no one is going to stop him, there isn’t even a build-up to the article, it’s that clear and to the point. This puts to rest a lot of the critics who quite frankly didn’t believe Ramy could get in top condition while holding onto his jaw-dropping mass.

A similar case can be made for another of Hill’s clients and Ramy’s chief competition in Columbus, William “The Conqueror” Bonac, as it’s also unknown who is working with him. This also raises the possibility that both these larger than life champions, are in fact, prepping themselves. While that’s a possibility, it’s a highly unlikely one. The bottom line, coaches aside, is that Ramy has a very good shot at winning in Columbus if he can keep his condition, if he poses like the champion, and if his mindset is where it needs to be.

A solid prep is key. No matter what contest it is, if a competitor has all their meals, all their supplements in order, all their training in line, then they are in position to do their absolute best. A guy like Ramy has everything he needs. For years, he’s been heralded as a future Mr. Olympia. In 2017, all the talk became reality when he took runner-up to Phil Heath. For many bodybuilding fans, that year proved that Ramy was more than hype, more than size. 2017 would have been the year to build from, but when 2018 proved a miss, it threw a monkey wrench into everything. If Ramy had been in top form in 2019, how would he have done? We’ll never know, because we didn’t see him do the Arnold, the Tampa Pro, or the Olympia, he simply was gone for a whole year. I can’t base his entire prep on two photos, but the two photos I saw are enough to suggest he’s been killin it!!

The single most difficult hurdle for Ramy to do well are his hams and glutes, so, if two weeks out he’s already nailed them, then you know he’s ready. The big concern now, at least for me, would be the final 48. We’ve seen countless great physiques totally get lost in the shuffle in the last 48hrs prior to getting on stage. This, too, is where a skilled prep coach is needed. Should there be any issues with holding water, not getting totally ripped, cramps, any number of situations, a skilled coach is quite possibly the only person who can make sense out of insanity. As previously stated, we simply don’t know who Ramy is working with, but I sure hope it’s someone good. By that, I don’t necessarily mean a big name, rather, someone who knows Ramy’s body really well, knows how he responds to supps, and can get him on stage at 100%. That’s all that matters.

When Ramy does take the stage, he needs to pose like the winner. He can’t go up there and have a good time. He also can’t pose for the audience or the cameras – as they don’t decide who wins the contest. The prejudging has to be all business; this is where the champion will be selected. Each pose has to be nailed flawlessly, attention must be paid to the transitions, and he needs to keep his abdominal section tight. There is no such thing as a (totally) relaxed pose, either; Ramy needs to look 100% the whole way through. I suspect he will be compared to Bonac quite a few times, as well as with other guys. The judges will want to make sure they get the absolute best assessment before scoring the division. The night show will also be important when it comes to deciding the champion. I have often believed that the champion must be the best at all times, simply banking on the prejudging may in fact leave the door open to a very close 2nd place athlete in snagging the win. You’re not the winner until you’re named the winner. Case closed.

I have interviewed some of the best champions in our sport, guys who have toured the world, taking top honors at the biggest stages on the planet. What they always say is that mindset plays a huge role. The physique is key, as is the posing, but the mindset must be there. Ramy needs to have that 2017 mindset. The 2020 Arnold needs to be the next step after that big year. He needs to see himself as the best, he needs to walk like the champion, pose like the champion, it has to be like second nature. This may seem relatively simple, but Ramy is one of the most humble, down to Earth guys there is, so he’s going to have to really work at, feeling like the center of the universe. That may sound arrogant, but it’s what’s needed to look and feel, #1.

Where do you think the Ramy will place? Do you think he can go all the way?