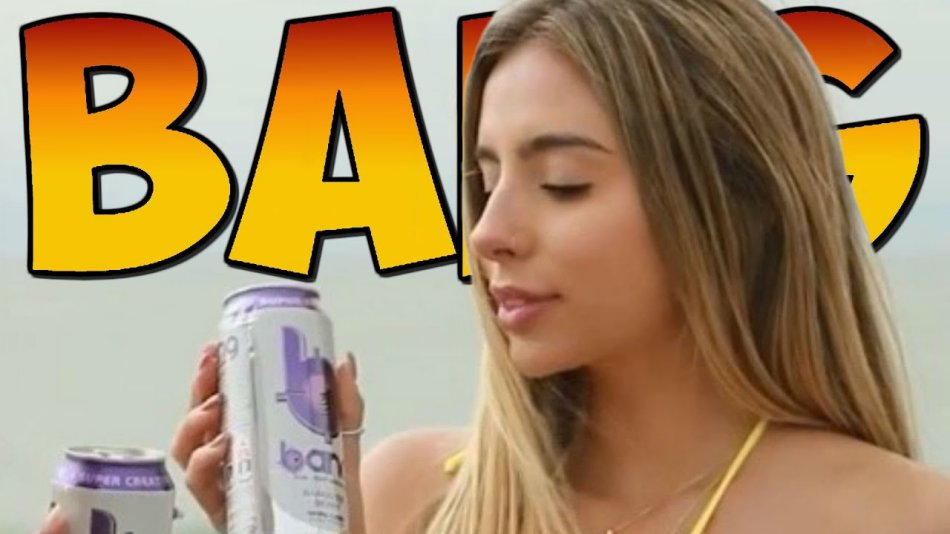 Now, I know all the marketing gurus and purists are going to chime in here and tell me how I don’t know what I’m talking about and that the Bang Energy marketing strategy is pure brilliance. But I’m sorry, the only thing I want to “Bang” is my head against the wall if I see one more stupid piece of merch being launched or promoted.

Note: This article is slightly satirist in nature. If you aren’t willing to have a few laughs, don’t read this and move along.

In all honestly, the merch that Bang Energy is coming out with is absolutely cringe-worthy. So much so, that I’d literally kick my own ass if I used any of it let alone made a video or Instagram post endorsing it. I don’t care how much money you throw at me. Yet, you have all of these influencers getting bought out and ultimately selling their soul to be a walking talking billboard all in the name of making some quick money. THIS is what the industry has come to? Do people need to look stupid on purpose just to make money? Come on man, is everyone drinking the Kool-Aid these days?

Look, I love me some Bang Energy drinks, but the marketing isn’t what has me pop a top – it’s the flavor and caffeine content. But every time I see Bang Energy come out with a ridiculous piece of merch, it’s like a bad infomercial that says, “But wait, there’s more!” Heck, you can even cue DJ Khaled saying, “another one.”

I mean, honestly, is anyone buying this stuff, or do we just see it on fitness influencer Instagram pages and YouTube videos? I have yet to see one person who is a personal friend of mine in the industry legitimately promoting the Bang Energy merch or buying it because they think it’s cool.

After going to the Bang Energy website, my mind was blown even further. In terms of accessories, there are over 49 items available – some of which we are going to have a little fun with right now.

I’m talking things like towels (to “clean up” after yourself), umbrellas (because your future’s so bright), pens (for those important contracts you need to sign), bags (to put your school books in), cups (for beer pong), stickers (to put on your laptop lid that’s in your Bang Energy laptop sleeve), resistance bands (work those glutes), phone grips (so you can take your Bang Energy selfies in public places), lunchboxes (because you’re probably still in school), wrist straps (be real, you don’t have weak wrist from all that…), a teddy bear (because you’re sleeping alone – hence your strong wrists), coolers (to keep your beer cold during Spring Break), glow sticks (for the ravers out there), and best of all… a Bang Energy fanny pack (because why not?).

But Wait! We haven’t even talked about the apparel yet! Colorful tops and bottoms that look like they came straight out of the ‘60s when people were smoking weed and with over 140 different items to choose from, you can buy one of everything and you won’t have to do the laundry for months. Oh, and don’t think I’m going to waltz on by without talking about the Bang Energy shoes. I mean, if you ain’t hangin’, you ain’t bangin’. And if you’re caught dead in those shoes, trust me, you ain’t bangin’ anything.

But seriously, why? I’m being dead serious. Why would anyone (who isn’t paid by the company) want to wear or own anything produced by Bang Energy? If they had plain t-shirts, I can actually see people wearing them. But the stuff they have on their website is a little odd. I get the fact that Bang Energy is one of the biggest energy drink brands out there today, but I don’t see people walking around in neon rainbow colored Monster Energy jumpsuits or dance shorts with a frickin’ unicorn on it. So, why would anyone wear those things with Bang written on it?

Again, I already have a list of people written down that I’ll check off the box next to their name as they chime in with, “Matt, you’re an idiot… You simply don’t understand… You clearly have no clue about marketing a business.” Ok Steve, slow your roll. Before you put on your fresh pair of Yeezy’s and your smedium tank top to go fist pump at the beach like you’re on the cast of Jersey Shore, let’s get something straight – no one is buying this stuff except maybe the 17-year-old boy who wants to look cool or the 14-year-old girl who wants to be the next Bang Energy model.

I need to go get a can of Bang Energy to cool me down. I’m literally sweating as I write this because it has me so fired up.

OK, Let’s Put All the Jokes to the Side

After reading all of the above, there’s still one person who’s laughing. And that one person is Jack Owoc. In fact, he’s laughing all the way to the bank. The dude is growing the brand 699% and bringing in over $687 million in sales according to IRI data. I mean slap my ass and call me Suzan, that’s impressive. Let’s not forget that Jack is going toe-to-toe with Coca-Cola/Reign in the courts fighting over the use of the name “Reign.” Who else would ever want to pick a fight with a monster like Coca-Cola?

I can’t knock the guy. Back when I was getting into the supplement game, VPX was a hot player and I drank their Redline RTDs religiously. And while it has fizzled out tremendously, Jack found his groove again with Bang Energy.

When we talk about HUGE acquisitions in the industry like the Quest Nutrition billion-dollar deal or some of the other brands who have sold for millions of dollars in 2019, Jack is going to get a huge pay-day when he decides to walk away from Bang Energy. And good for him. I’m being serious when I say the man deserves every penny he gets from the sale of Bang Energy. He has done something very few have been able to accomplish in that space.

Alright, let’s close this out. While this article was meant to provide some humor, I do honestly think the Bang Energy marketing is unusually uncomfortable. But you know what the marketing does do extremely well? It makes us all talk about the brand more – so, I guess it’s working!