Newer PostMac Trucc Says the Olympia Died After Jay Cutler Retired – Say What?
Older PostIs the New Coke Energy Drink a Worthy Opponent in the Market?
Share on FacebookShare on TwitterShare on LinkedinShare on Pinterest 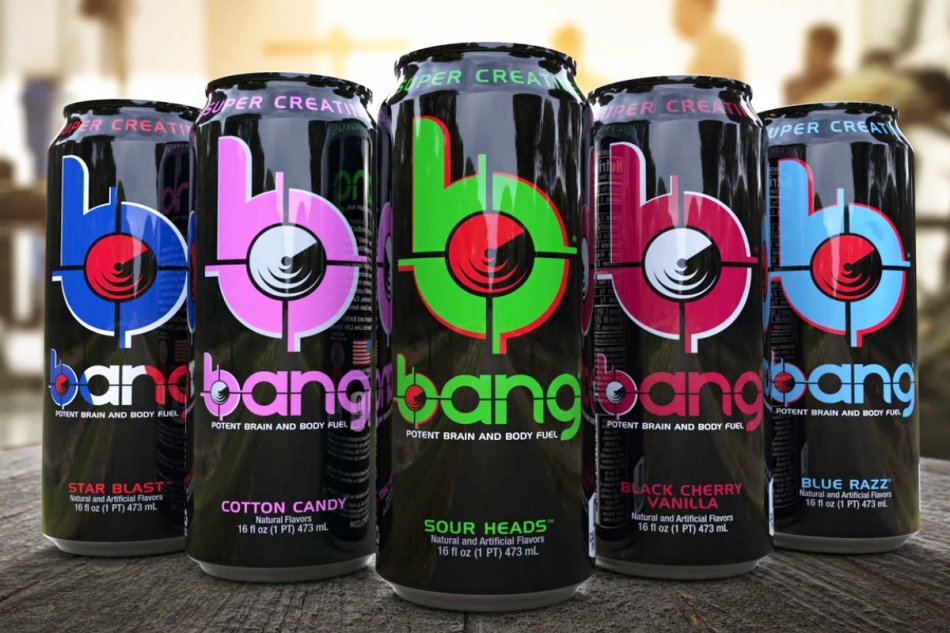 Two of the biggest players in their respective markets have collided and decided to partner up in a move one can only imagine is to take a direct shot at Coca-Cola. The announcement was made in late April that the energy drink behemoth, Bang Energy, has teamed up with PepsiCo to distribute their beverages in North America.

For those who aren’t in the industry or haven’t been paying attention, in early 2019, PepsiCo acquired Cytosport, the maker of Muscle Milk for $465 million. I can only suspect, but my theory is that PepsiCo wanted to acquire Muscle Milk for quite some time which caused them to partner with the (then) owner of Cytosport, Hormel Foods, to be their distributor. See some similarities? Yeah, PepsiCo signed on the dotted line to take in Bang Energy and distribute their energy drinks. Coincidence? I don’t think so.

If I were a betting man, I believe the man at the helm of Bang Energy, Jack Owoc, could be aligning himself for a big exit. If history repeats itself, Bang Energy in the next few years could be sold to PepsiCo, allowing Jack to potentially sell his energy drink company for hundreds of millions of dollars (maybe even more?).

It’s no secret that Jack and Coca-Cola have been feuding for quite some time – years to be exact. The two have been going back and forth in the courts over the use of the name “Reign.” Why should this matter? It’s simple, Reign is a direct competitor of Bang Energy. How does that equate to a lawsuit? Well, Jack Owoc has a trademark on the term “Reign,” but looking at the fine print, it appears it has nothing to do with beverages and only on pills and powders (a matter of different classifications and uses for the term).

Jack has gone off the rail a few times on social media blasting Reign and saying they ripped him off and he owns the rights, etc. Unfortunately, for Jack, he’s tossed a lot of money around for what seems like nothing. Now, it seems like it’s simply a power-play where Jack isn’t afraid to blow through some stacks on lawyer feel to draw straws in hopes of beating Coca-Cola in at least one lawsuit.

Essentially, the move Jack made to allow PepsiCo to be the exclusive distributor in North America for Bang Energy drinks is a direct middle finger in the face of Coca-Cola (a direct competitor of PepsiCo).

PepsiCo is no slouch when it comes to the distribution and ownership of various brands. Under their name, they also have brands like Gatorade, Tropicana, Naked, Aquafina, Pure Leaf, LIFEWTR, Bubly, O.N.E., Lipton, SOBE, Starbucks Frappuccino, KeVita, IZZE, and obviously all sodas and soft drinks under the PepsiCo brand. Essentially, some major players in the drink space. Add the distribution of Bang Energy and this powerhouse just got a lot stronger.

I think so. In fact, this may be a play by Jack to get Bang Energy on the shelves next to Reign in c-stores and gas stations around the United States (maybe even into grocery?). Personally, I’d love to see it in all of those and allow for more choices in those locations for solid energy drinks. Reign was the first of the two to accomplish this and is currently sitting in the coolers of those retail locations as I type this.

Bang Energy is the third-largest brand in the energy category and is continuing to grow rapidly. The PepsiCo North America CEO, Kirk Tanner, was quoted saying, “In the ultra-competitive energy category, Bang Energy has thrived, pioneering the performance energy segment and attracting the next generation of energy consumers. This alliance plays a central role in PepsiCo’s overall energy-beverage strategy and enables us to significantly accelerate the distribution of Bang Energy to meet rising consumer demand.”

Jack Owoc, the owner of VPX and Bang Energy, also chimed in and said, “The combined power of our two organizations will be a meteoric partnership – one for the beverage history books. Bang is committed to serving zero-calorie, highly effective innovation, and exceeding our consumers’ expectations. When it comes to the category, we have invented the future by reinventing the game.”

I’ll hand it to Jack, he absolutely was a game-changer in the space and his growth and revenue would validate such a comment. Is Jack a little crazy? Sure, but he clearly knows what he’s doing with the brand. He’s also knees deep in the influencer game where it seems like he is paying just about every big name on YouTube to promote Bang Energy and include an advertisement or product placement somewhere in their content. Honestly, it’s a smart move – it gets the name and brand out there. And his saying, “If you ain’t Bangin’, you ain’t hangin’” is somewhat catchy.

I can’t wait to see what PepsiCo is planning to do with Bang Energy and where all they can place the energy drinks in various retailers and channels. I’m also curious to see how it will be priced. At many of the retailers around me who carry Bang Energy, it’s priced slightly higher than Reign. Is Jack willing to play the pricing game? If he does, I’m afraid it may be a race to the bottom and that’s not helpful for any of the brands involved. But overall, I have my popcorn ready and my eyes peeled to see what (if anything) happens next between Jack and Coca-Cola.