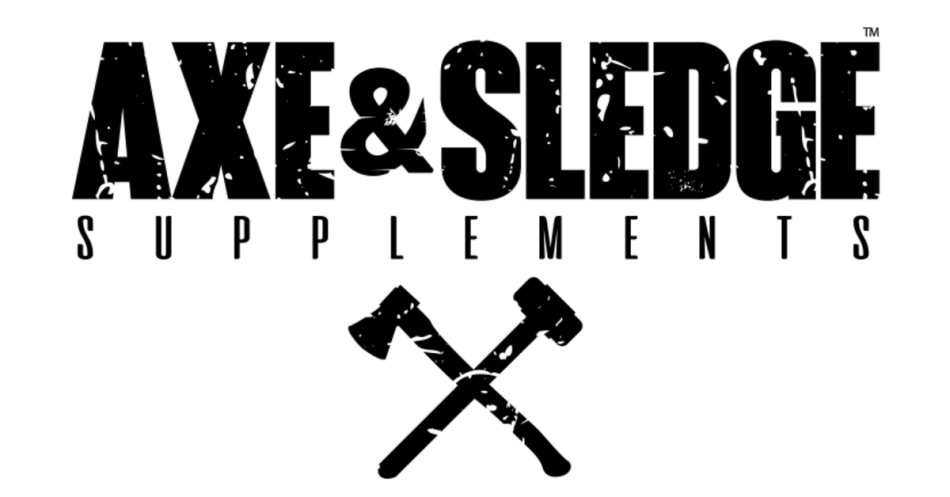 Recently I wrote an article about how people who have a social media fitness page can prolong their influence online and I love it when I see brands who simply “get it” when it comes to positioning and their brand identity. One such brand that I need to give props to is Axe & Sledge – owned by Seth Feroce.

If the name sounds familiar, you may know him from his competition days as an IFBB Pro Bodybuilder. While many consider Seth’s career as a bodybuilder short, I think the direction he took things was the best thing for him and it’s clearly playing out to his advantage.

Before Seth started Axe & Sledge, he was a competitive bodybuilder – and many thought a damn good one at that. Then all of a sudden Seth disappeared only to walk out of the shadows with his posing trunks buried in a drawer. It was the last we would see of Seth on a competitive bodybuilding stage. But what he brought to us was a really cool supplement company.

Seth wanted to push his body to the limit and unfortunately, it hit its breaking point. At the time, Seth was working with MuscleTech and was learning the ropes of the supplement industry. That’s when his health started to fail from attempting to push his body to an area it clearly didn’t want to go, and it ended up putting him in the hospital. It was then that Seth put his focus on his landscaping business and walked away from bodybuilding to focus on his health and family. Shortly after is when Seth got the idea for Axe & Sledge.

Essentially, Seth took two of his passions (the outdoors and bodybuilding) and combined them to create the brand. Many thought Seth was nuts for positioning the brand the way that he did as no one has ever attempted to create a brand around the idea of the “outdoorsman.” But Seth pushed forward and thus far it has worked out for him.

Getting Creative with Axe & Sledge

Those who have paid attention to Seth know that this man is a beast. Even after stepping away from the stage, he looked like with a couple of weeks of dieting he could walk on any stage and place fairly well – he’s a big mofo. I’m talking dense, thick muscle. His physique is appealing to the bodybuilding and supplement fan which helps sell his brands (yes, plural).

If you follow my content, you already know that I’m sick of brands copying each other and simply creating me-too products. It’s boring and there’s nothing original about the brand. But Seth went in a different direction with Axe & Sledge and while it may not be everyone’s cup of tea, you can’t help but love the branding. He started this branding with his apparel company called All American Roughneck where he gives the brand a little personality through the use of a pistol as the “R” in his logo.

Axe & Sledge was later created and was position towards the hard workers, grinders, blue-collar Americans, those who started at the bottom and are busting their tail to move up in the world, the business owners putting it all on the line, and those willing to fight for everything they want in life. The brand works around those not afraid to get their hands dirty and it transitions into some of their product names.

When you think of the outdoorsman and blue-collar workers who roll up their sleeves, you think of manly men. And the product names reflect those individuals and their roles as farmers, gear heads (automotive), and those who love to pour a glass of whiskey after a long day.

Looking at the Axe & Sledge Instagram page, you can find images of Seth in the wilderness with an axe, product images with the outdoors as the backdrop, and Seth smoking a cigar with the American flag. The brand screams ‘Merica.

The newest flavor Axe & Sledge launched is called Whiskey & Cola from their The Grind amino acid product line. The label resembles a Jack Daniels bottle but includes some cool touches such as “No. 412” to pay homage to where he comes from (the Pittsburgh area). He also sells a grass-fed whey protein isolate called Farm Fed. Those needing a little energy boost from carbohydrates can do so with their Demo Day carbohydrate powder. Then there’s love for the gear heads out there with products like Ignition Switch, Seventh Gear, Elbow Grease, and Hydraulic. There’s even a meal replacement product called Home Made.

It’s hard to not appreciate the thought put into the cleaver product names. It’s what sets Axe & Sledge apart from many of the brands out there that all look alike and have the standard flavors we see from most brands. It makes Axe & Sledge unique which is a good thing.

If I had to mention one other brand that has the same look (the Axe & Sledge logo uses both of those tools with an all caps brand name) it would be Rob and Dana Bailey’s brand Flag Nor Fail. It has that same type of look and feel to it but obviously one is a supplement company and the other an apparel company. Which also makes me wonder why Flag Nor Fail didn’t start a line with their name rather than Rob and Dana starting a separate company called Run Everything Labs? But I digress.

Where Am I Going with This?

What I really want people to look at and appreciate (and for brands to consider) is creating your own identity. Just because you’re a supplement company doesn’t mean you need to position your brand as a health and fitness brand. Axe & Sledge went more for the outdoorsman, manly man, roll up your sleeves and get to work demographic.

Will Axe & Sledge make it in the long run? I think so. They have some cool products with some unique flavors that will appeal to their audience. While their Instagram account has slowly grown to around 65k followers, I think the brand is on its way to huge growth in the next few years.

Loading...
Newer Post
The Lion of Lebanon – A Legend Among Legends
Older Post
Brand Suicide: DO NOT Launch a Product If It’s Half-Assed or Tastes Bad