Newer PostWhat’s The Secret to Success in Kuwait?
Older PostDon’t Ask Don’t Tell – Liberals in the Fitness Industry
Share on FacebookShare on TwitterShare on LinkedinShare on Pinterest 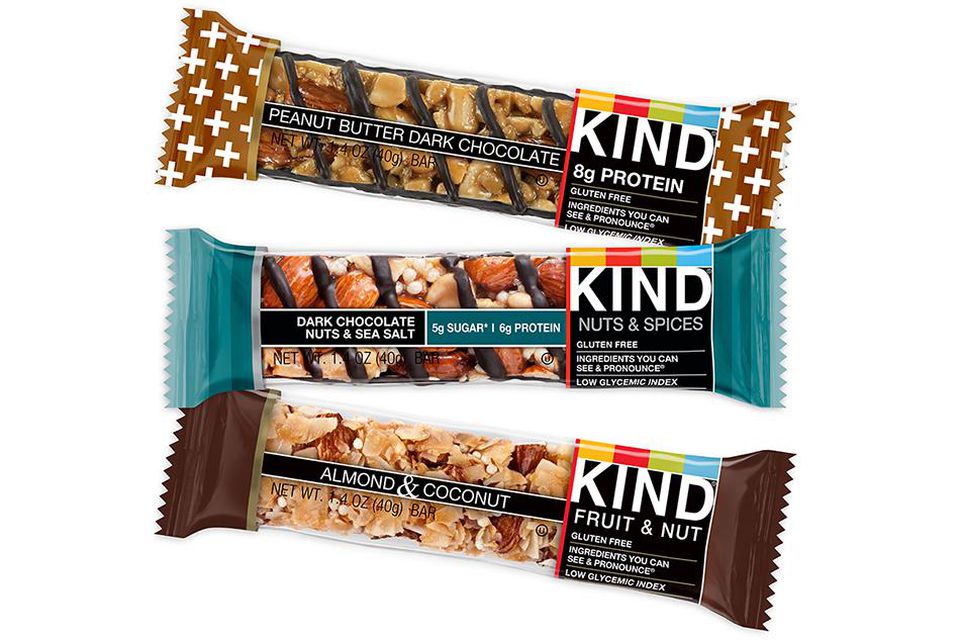 When someone shows me a product and the term “plant-based” comes out of their mouth, I don’t exactly get all excited and thrilled. In fact, I tend to look at them with a “really?” expression on my face and then slowly walk in the opposite direction. However, I was recently at Sam’s Club and was given samples of KIND bars.

Her pitch started with a, “Would you like to try a delicious plant-based bar made with real food?” It was like her stare was piercing my soul and if I said no, I would be put in a chokehold by this little old lady. So, I obliged and grabbed a sample of two flavors on the tray to make her happy.

It was at that point where I inserted my foot into my mouth for all the “hippie and tree hugger” comments I made in the past about people going the route of plant-based protein sources. These KIND bars were damn good!

Okay, Okay. KIND bars caught my attention. But was I simply hungry and a chocolate-covered turd could have had the same effect? I decided to buy a variety box of KIND bars that came in both a Crunchy Peanut Butter as well as a Double Dark Chocolate Nut. Both flavors sounded pretty basic and I figured if it turned out that I didn’t like the KIND bars after buying the variety box, I’d simply pawn them off on my son and tell him they’re good for him (Dad of the Year Award Nominee).

Upon getting the box home, I examined it to see what all the “fuss” was about and what made the bars so great. I knew they were a more natural type of bar that came from ingredients such as nuts, but other than that I never really looked into the bars as I’m more of a protein bar kind of guy rather than a nutritional bar kind of guy – I prefer bars that are high in protein.

The callouts on the label included “Creamy. Crunchy. Delicious.” as well as “Protein from Real Food.” The slogan on the top of the box says, “Ingredients you can see and pronounce.” They claim their KIND bars to be a good source of protein, are gluten-free, and contain no genetically engineered ingredients. One callout that scared me a little was where on the box they claimed, “This is a protein bar that, well, doesn’t taste like a protein bar.” I didn’t know exactly how to take that statement as I’m a fan of protein bars, so exactly how is this going to taste?

While I had already tried samples of the KIND bars at Sam’s Club, I decided to try a full bar and see if the flavor profile changes at all and if there was any sort of aftertaste or unpleasant flavors in the bars which I couldn’t find any.

I can’t lie, the flavor of the bars is great. They have a nice crunchy texture from the nuts and the drizzle on top and peanut butter/chocolate base layer create a nice flavor combination for these KIND bars. Unlike some bars that contain bits and pieces of nuts, these two bars were SLAMMED with whole nuts throughout the entire bar.

The KIND bars actually made me start to wonder if I could make similar bars at home using my own ingredients to form macro ratios to suit my needs – which I may actually try and see how close I can get to something that resembles a protein bar (LOL).

That Being Said… I Should Have Read the Label BEFORE Buying

Here’s where things went sideways. And when I say sideways, I mean a full-blown flying elbow off the top turnbuckle WWE style through a table.

I absolutely despise soy protein. I avoid it at all costs. When I bought these KIND bars, in my head the “protein from real food” for some reason made me believe the protein content was going to be only from the nuts present in the bars. WOMP WOMP! I was wrong. Both of the bars contain soy protein isolate. While that might not mean much to some, most people in the sports nutrition realm would agree that they try to avoid any soy ingredient like the plague.

Again, I’m being hypercritical, and you may not have an issue with soy protein isolate being the primary protein source in the bars – but I do. If you don’t have an issue with soy, I would absolutely recommend this bar to you. I wouldn’t even bat an eye. The taste is amazing (in my opinion), and the profile for a nutritional bar is pretty dang good and has 12g of “plant-based” protein as well as the healthy fats coming from all of the nuts.

If they were going to add protein to the bars, I would have preferred whey protein isolate or heck, even a whey protein concentrate. But I understand the play on “plant-based” and that the movement is really hot right now and they’re using it as a key selling point.

You can get these KIND bars all over the place from wholesalers (like Sam’s Club where I got mine), gas stations, Walmart, Target, Amazon, you name it, the retailer probably carries some form of KIND bars.

The price of the KIND bars isn’t bad. The 14ct box I purchased at Sam’s Club was only $16.98 which breaks down to $1.21 per bar. If you like these KIND bars and the profile they contain, I can see these being a great snack for in-between meals or even at night to help stay satiated.

Overall, would I recommend them? Sure. They’re delicious. But that’s assuming you’re ok with soy protein isolate being the protein source (along with the nuts).