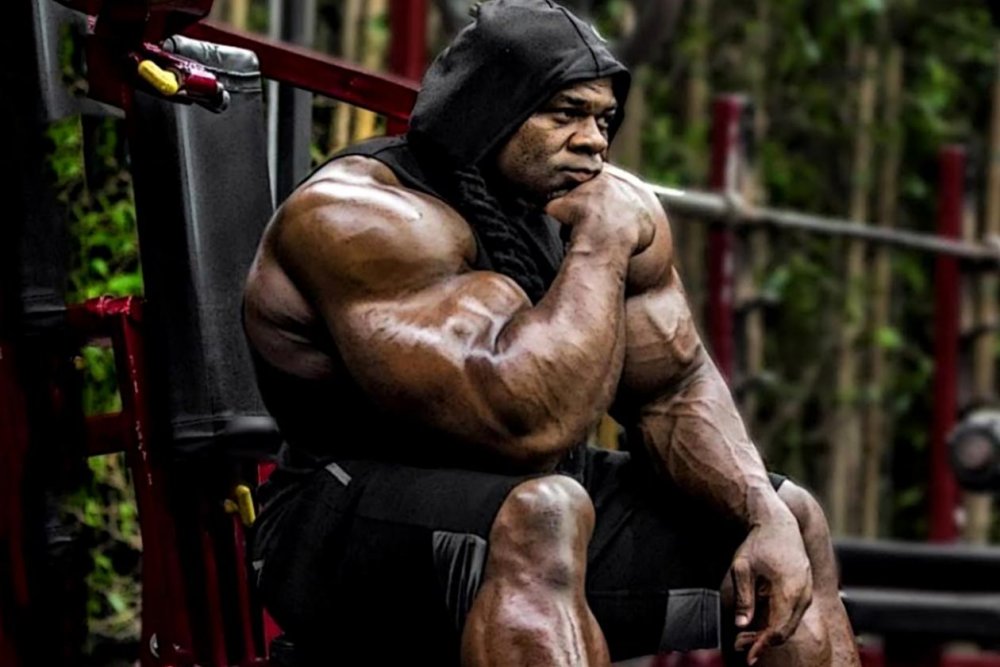 We don’t hold back at Iron Magazine. This isn’t that type of publication. And what I’m about to talk about is going to make a lot of people uncomfortable – but the only ones who it will, are those that with a dirty little secret.

Many – not just some – of the biggest names in the fitness industry are, in fact, not famous at all. I have worked running the social media for two major supplement companies and I have worked in news for the over a decade. I know who’s popular and who’s not. You have to be special to be popular and I’m sorry, most people are not. I told you, this article wasn’t going to be nice.

We, as human beings, are all special. We each have good qualities that make us the amazing people our parents raised – we’re definitely special for that! That being said, the context I’m referring to when I speak to being special in a fitness superstar kind of way, is a type of special most people are not. Stars have to be different, they have to be unique, and that uniqueness should intrigue people. Sometimes, a person’s stark contrast to the mainstream can produce anger, which in turn might translate to popularity, but generally, popular people are well-liked, inspiring, and do thought-provoking things.

A special person can strike it big on any social media platform, at any time, and create a huge audience. They can do it on Instagram, Twitter, Youtube or they can simply create a website and the people will come. That being said, there’s people who want to be stars – whether they are or they aren’t, if enough people start to believe they are, then in their mind, they’re on their way.

I’m a media guy, I work from sun-up to sun-down; if I’m known, it’s through my work. I am not special, but I am known. I have 8,500 real followers on Instagram and I can talk to Mr. Olympias whenever I want to – I’m quite content with my station in life, but others want to be industry influencers, they want to influence how people talk, how they dress, and they want to have a direct impact on the direction of contemporary culture. The sad reality is that they couldn’t be farther from reality than where they are. They will stay outlandish things, wear damn near comical clothing, but nothing works. For every superstar who strikes it big, there’s a sea of failures who simply couldn’t connect. How many people took cars, buses, and planes out West, only to fail. Hollywood might have streets lined with stars on its sidewalks, but it’s also very much one, big boulevard of broken dreams.

If there were a way for wannabe celebs to buy in-person supporters, they’d be all over that, too. I could see a struggling actor with little, to no, talent, waiting tables and parking cars, just to hire a small army of faitful fans to mob them. That sounds pretty lame doesn’t it? Well, it’s about as lame as people who pay hundreds of dollars for 50k, 100k, or 250,000 fake followers and then write to supplement companies looking for sponsorships based on their huge followings.

I’d like to say that most marketing departments see right through that, that they can easily tell the difference between 250,000 real people and 250,000 bots, but many can’t. I have seen some athletes earn anywhere from $2k-$6k a month from well established brands that can’t figure out how someone with that many fans brigs in zero dollars each month.

Many of these frauds can keep the scam going long enough to make some pretty good money, fool quite a few, and if they’re really good, they can earn enough real fans along the way that the secret stays somewhat of a secret indefinitely. This isn’t a cat and mouse game, as many of these hacks actually get away with it, while those really working their social media and really putting in the time and effort get overlooked for, otherwise, respectable numbers. That being said, there are those that do get caught. Some are so shameless and so out of their minds, that it’s almost like they’re holding up a billboard, it’s like they’re asking to get caught, and there’s no mercy for them – at least not here.

I have come across people with 100k, 200k, even 250,000 followers on Instagram who release posts that maybe get 100 likes and/or that maybe, on a good day, get 10 comments. Imagine that! You have a quarter of a million followers, but you can’t get but 10 comments? Of those ten comments, what’s written might be an emoji, spam, or possibly, just possibly something relevant to the post. The content these fakers post is also quite suspect. Many of the programs these folks use create automatic likes as well. Much of the content isn’t original, it may or may not be relevant to the scope of the page, and sometimes it might even be something pretty lame, still, the fake bots will like it and it’ll seem like a successful post. Some people also buy comments.

When you have a guy or girl from Indiana getting a mountain of buzz in Nepal, Guatemala, or Nigeria, but no one in America is feeling them, it’s like “Houston, we have a problem.” When it gets really embarrassing is when you’re at a fitness event and no one knows this alleged superstar. That’s where you can cut the awkwardness with a knife. Once that defining moment takes place and the imposter is outed, that’s that. Once you squeeze the toothpaste out of the tube, it’s not going back. Sometimes that’s just what it takes.

A fitness event isn’t a collection of random people. A fake fitness star could, hypothetically, walk into a supermarket, shoe store, or stroll down a public beach and not be identified, not get hit up for autographs, and definitley not get mobbed. Fitness isn’t that big, where run of the mill folks will drop whatever they’re doing to flock to a bodybuilding star. There’s some rare exceptions like Arnold or Lou, but unless you’re them, it’s safe to say, you can pretty much stay incognito. The tables turn, however, when it’s a fitness event.

A fitness event brings fitness people together, people who read fitness publications and follow fitness on social media. If you’re in a room of bodybuilding enthusiasts, especially if it’s local and the alleged celeb is, say, from the region and no one knows him/her, that’s insanely awkward. How does the wannabe influencer downplay that? They can’t! So in that situation they either master the art of indifference or they run for the hills. Whatever their Plan B may be, this is one of those instances where you can’t buy your support and where the fakes and their lack of a following is most telling. It’s so pitiful to witness, that for as much I’ve seen this, I’ve never outed someone for it. The fact they look (and probably feel) invisible is payback enough. Someone who buys their friends and buys their supporters is constantly petrified of being outed and/or of never being recognized. If they had a way to pay for that too, they would. It’s very sad, but it’s the kind of sad I don’t feel sorry for.

If you’re going to try to be a star, put in the work and even if you don’t get there, keep going, never quit, but don’t buy your support. Be real.