Are 3D Energy Drinks Legit or An Insanely Hyped Bust? 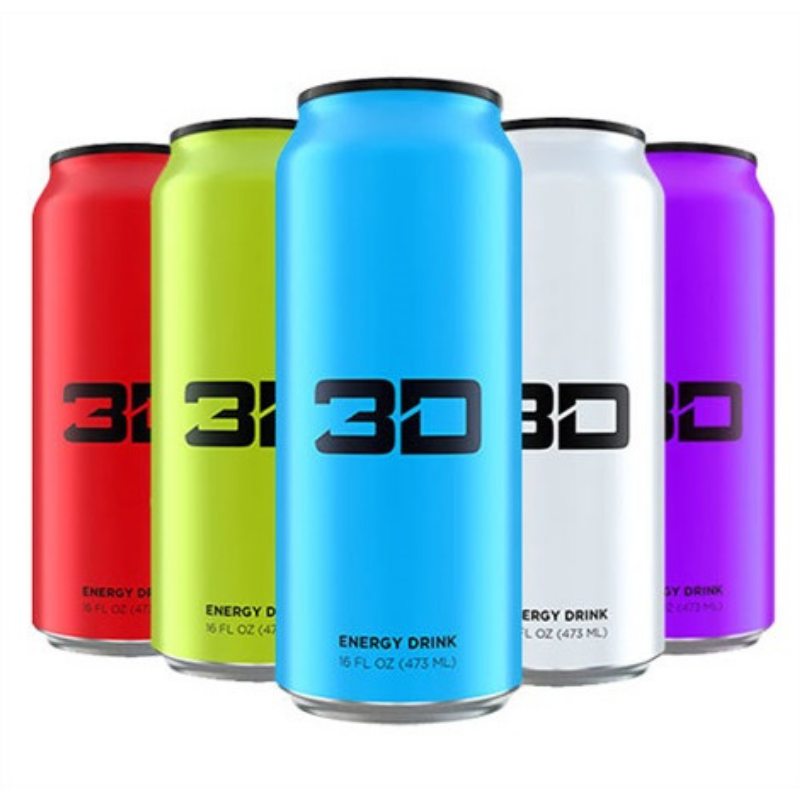 Have you ever heard people talking about something on social media to the point where you told yourself, “I NEED to try that” and were super excited when you finally found it at your local store? Hi, that’s me. I have my hand raised. I can’t tell you how many times I’ve been scrolling through my social media feed and saw people posting images of the 3D Energy Drinks.

My last visit to my local supplement store I noticed in the refrigerator that they had a few different flavors of the 3D Energy Drinks. Being that I am a fan of the Bang and Reign cotton candy flavor, I grabbed myself the pink 3D can as well as the new chrome can that was recently released that the store owner told me was a really good flavor (remind me to slap him the next time I see him – spoiler alert).

Over the next couple of days, I drank both cans and wanted to provide my feedback and opinion of the 3D Energy Drinks. Obviously, these are my opinions and you may find you have the same or totally different.

There Were Some Problems from the Very Start

To give you a little backstory on the 3D Energy Drinks, they were created by the fitness influencer/YouTuber, Christian Guzman. If the name sounds familiar, yes, it’s the same guy who owns Alphalete Athletics, Alphalete Gym, and his newest project called AlphaLand. I can’t knock the guy for the hustle. He’s branching out and growing every single one of his brands.

That all being said, when the 3D Energy Drinks first launched, they looked nothing like they do now and were initially called Up Energy. But that didn’t mean they didn’t look familiar. In fact, they looked so familiar that if you would have put it next to a certain competitor’s can already out on the market, you’d have a tough time telling them apart. Can you guess what happened next?

Needless to say, the similarities caused quite a bit of issues and before they knew it a legal can of worms was opened. Christian was then forced to redesign the drink from a bottle to a can but kept the image streamlined by using a solid color along with the 3D logo (again, changing the name from Up Energy).

What’s the Profile of the 3D Energy Drinks?

Interestingly enough, the profile of the 3D Energy Drinks was not what I thought it was (truth be told, I didn’t look at the label until I finished the second can I purchased). To my surprise, not only was there carbohydrates in the product but also sugar alcohols. Looking at the cotton candy flavor (pink can), you’re looking at 15 calories, 7g of carbohydrates, and 2g of sugar alcohol.

Now, you might be thinking to yourself that those numbers aren’t that bad. Sure, you’d be right. 15 calories are nothing along with 7g of carbohydrates – in the grand scheme of things. But when looking at all of the competitors in the space, they have 0 calories, 0 carbohydrates, and 0 sugar when you do a comparison of what other consumers are also talking about and drinking.

Not only that, but why are brands still adding dyes and colors to their products? For the love of everything holy, the beverage comes in a damn can. No one looks at the liquid and no one is going to pour it out of the can and into a glass – it just doesn’t happen. So, stop adding it!

The light carbonation is a nice touch, providing a nice smooth and crisp drinking experience versus something that’s “flat” or overly carbonated where you’re burping following each sip. Additionally, having nine flavors already out on the market is quite impressive for a brand that hasn’t been around all that long. Not to mention they are in some big retail locations such as Kroger, Walmart, Circle K, 7-Eleven, GNC, and Albertsons to name a few. Very impressive! Respect!

Each can of the 3D Energy Drinks is slammed with 200mg of caffeine along with some additional goodies like Taurine, Ginseng, L-Carnitine, Glucuronolactone, Inositol, and Guarana. I paid around $2 per can. Overall, I can’t be mad at the profile, it’s pretty good. I’m just slightly salty because I really wanted this beverage to be like the Monster Energy Ultra Zero and be zero everything across the board.

This is probably what all of you have been waiting to see. What are my final thoughts on the 3D Energy Drinks? Well, Christian Guzman, himself, was a huge fan of the Monster Energy Ultra Zero energy drinks (white can). He used to show them off in all of his YouTube videos – it was religious. When I heard he was launching his own energy drink, I figured it HAD to be better than the Monster Energy Ultra Zero (white can) if that’s what set the bar for Christian and got him interested in getting into the space.

Well, I was wrong. You all know I’m a straight shooter, I don’t get paid to do these reviews and have no connection with Christian or any of his brands. So… I was thoroughly disappointed by the 3D Energy Drinks. Granted, I only had the pink and chrome flavors thus far. But my experience from those two alone is enough to have me take a hard pass and simply go back to Bang or Reign if I needed a pick-me-up.

The pink can as I mentioned earlier was supposed to taste like cotton candy. And while I didn’t think it had any similarities to cotton candy flavors, other people who have reviewed the pink flavor enjoyed it – to each his or her own. The chrome can was supposed to be a strawberry lemonade (I actually had to look it up because the flavor isn’t on the can like all the other flavors are, nor could I pick out any specific flavors from taste alone). As you are probably assuming, I didn’t think it tastes anything like strawberry lemonade.

Overall, if someone gave me a can, I’d drink it but I’m not going out of my way to go look for 3D Energy Drinks to purchase and consume. If I need something, I’ll go back to the Monster Energy Ultra Zero (white can), Bang, or Reign.

Have you tried the 3D Energy Drinks? What flavors have you tried if you did and what were your thoughts? Let us know down in the comments.