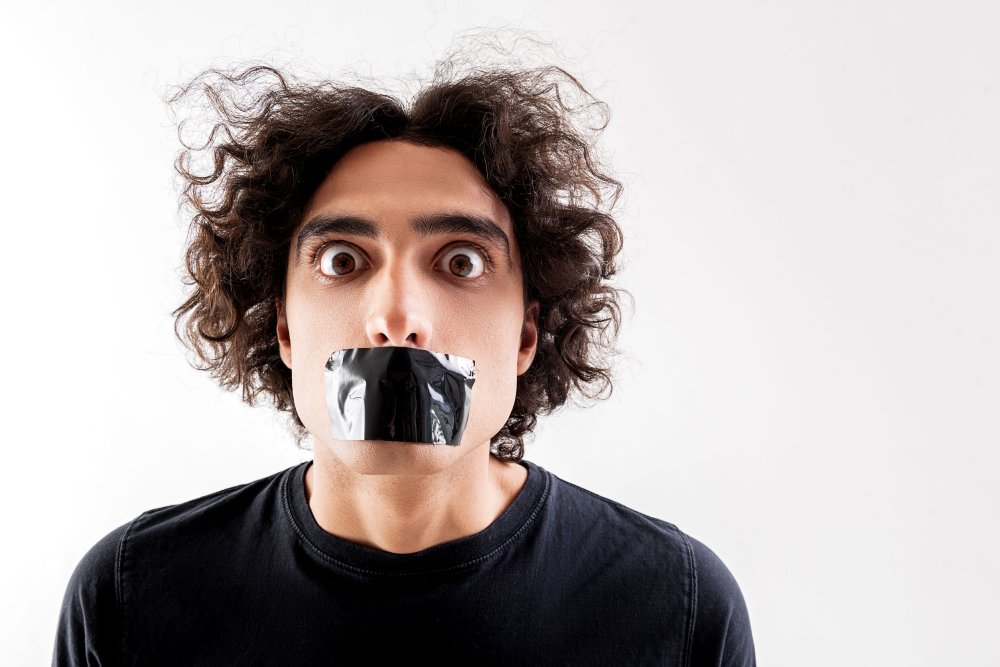 It’s become apparent over the last few years that content creators aren’t allowed to have an opinion anymore. It’s as if what comes out of their mouths is automatically criticized. Now, I’m not saying that some of the stuff people say isn’t totally inaccurate, but when someone has an opinion on a subject why is it no longer respected?

Bodybuilding content creators like Nick’s Strength and Power, Luimarco, myself, and many others seem to have a target on our backs here of late. And I’m honestly not sure why. Whether the topic of discussion is bodybuilding, fitness, supplements, etc., it seems like people have an agenda to disprove anything we say or seem to take offense. Here’s what I mean.

Should Content Creators Be Quiet or Do They Raise Valid Points?

The first topic that needs to be discussed is when content creators talk about bodybuilders and their physiques or placings. Look, anyone can look at me and say, “That dude is fugly. He’s not that big.” Know what? They aren’t wrong. I’m not Brad Pitt or walk around 365 days a year with a physique like what Greg Plitt had. And I’m fine with that. I can’t argue that fact or try to dismiss the comments that are made. But I don’t take offense to them. It is what it is.

Yet, when content creators talk about how a bodybuilder looks going into a show or how they looked during the show, it’s an immediate throat punch given by whoever they are speaking about. But why?

Here’s my point when it comes to content creators being criticized for speaking out regarding someone’s physique. After a show, content creators build out content regarding a competition and how everyone placed. The minute they say someone looked off, they were flat, they missed their mark, they weren’t big enough, [insert whatever comment here], it seems to be taken like these content creators said the bodybuilder’s penis is small or something.

Content creators become the center of attention and get verbally (or sometimes physically) abused by certain individuals. My question is if these content creators are wrong, why didn’t the judges view their physique as being good enough to win? Let’s take Phil Heath for example since he’s been the most recent. And this is no disrespect to Phil, he and I go way back to his MET-Rx days. But when Nick’s Strength and Power or Luimarco would comment about Phil not looking his best or bringing up his stomach issues, Phil was vocal on social media criticizing these individuals.

The fact is, in 2018 Phil as not his best and had stomach issues that led back to his hernia. Those content creators weren’t wrong with their analysis of Phil’s physique, but they became a target for their opinion. But, why are content creators villainized for making comments that the judges scored them negatively on? What if Big Steve came out and made comments about a bodybuilder’s physique being off (not saying he ever would, but he had a few interviews in the past where he had to defend why someone didn’t place well and why the judges scored the cards the way they did)?

Next, let’s look at me. I’ve been in the supplement industry for quite a long time. Yet, when I write about a supplement or a brand and give my opinion, that brand immediately wants to come at me as one of the content creators and try to take personal stabs at me. Look, I have thick skin and couldn’t care less what people say about me, but the fact that a simple opinion can create quite the commotion online is quite interesting. Now, this doesn’t happen often, but every once in a while it comes up.

I’ll give you an example. I wrote an article about a topic where I mentioned I didn’t necessarily agree with what a supplement company was doing. Granted, I’ve given this brand a ton of praise over the years, but they’ve probably never seen it as they don’t read my content. From that one opinion, I had an owner take personal shots at me for my opinion. Comments such as I’m “part of the problem with poor journalism” and that I “clearly don’t know my subject matter” and similar comments.

From his comments on my post, I received many messages from other brand owners mentioning the dude is off his rocker and that people in the industry aren’t fond of him, but regardless, it proves my point that content creators apparently aren’t able to provide their opinion.

Why Can’t We Have an Open Discussion These Days?

What could solve many issues and potential misunderstandings surrounding content creators and the things they say would be if those offended were willing to have an open discussion. Not the kind where you go back and forth attacking one another. I’m talking about a civilized discussion where both parties get to speak their piece and listen to what all parties have to say.

I’m not saying all instances need to have a discussion, but if it’s that bad and someone wants to provide a rebuttal, give them the platform. Do an interview. Publish a video where all parties have an open discussion. I’d be willing to bet by the end of it, both parties would respect the other much more if there were initial disagreements.

Heck, set up a private call if you don’t want to make it public and discuss the issues that stem from a content creators opinions. Had this individual reached out to me and wanted to talk, I would have been more than willing to hear his side and respect what he had to say – assuming he respected my side as well. You could agree to disagree. It would go a long way rather than taking personal shots at content creators and trying to discredit what they do for a living. For instance, I don’t think those who spoke about Phil would ever say he’s a bad bodybuilder or that he doesn’t belong in the sport.

I stand 100% behind the freedom of speech. I don’t believe any of these content creators meant any ill-will towards anyone they spoke about. Should they personally attack someone, that’s a different story. But I don’t understand how giving an opinion can create such a stir when it aligns with the same thoughts others have but being that they are content creators and have a following, I guess that makes them the perfect target.

What are your thoughts? Should content creators not be able to voice their opinion on industry topics?