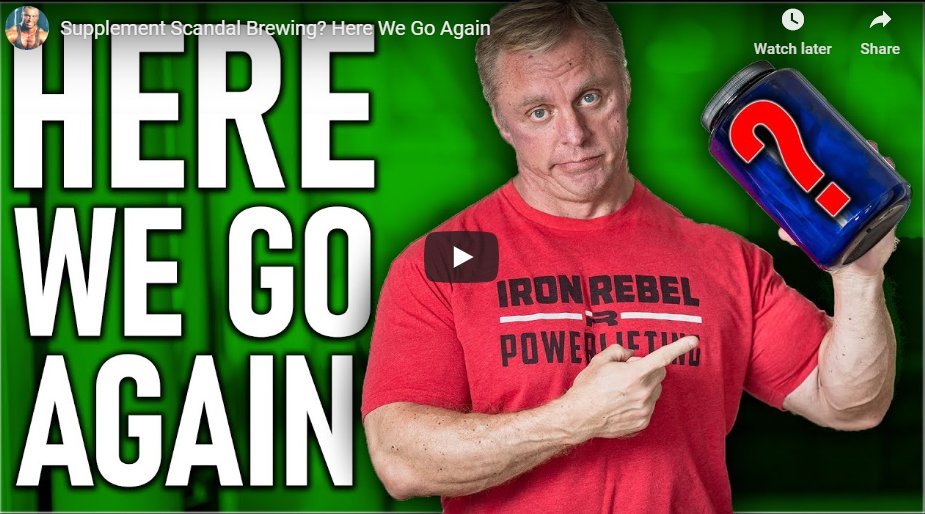 You may recall that back in 2016 I was involved in a terrible situation involving a supplement manufacturer. Simply put, I was working for a company named Prime Nutrition and designed some formulas for them. For several reasons, I began to get suspicious and paid to get the products tested to see if the proper ingredients and doses were actually in the product. They failed miserably. What was on the label was not in the products. I still have the test results. Simple as that. The manufacturer in question was Duracap labs. They were run by Wes Hauser and Ben Mesika. Wes admitted to wrongdoing.

Finally, here’s a quote from Wes Houser of DuraCap in regards to this matter:

“John Meadows has directly accused Duracap of underdosing the levels of teacrine in Intra-MD EAA+. Samples of Intra-MD EAA+ were sent out for testing and confirmed that this was, indeed, the case. While this situation was unfortunate for Prime Nutrition customers, we guarantee that any and all products we produce will meet what is listed on its product label going forward.”

I decided to not take legal action and went on my way. They would later get indicted on Federal charges for putting illegal substances into supplements unbeknownst to the customer. You can read about it here, or many other sources.

Wes Hauser eventually made a deal with the government to help them in another case and got off lightly. You can read about this here. Wes then reemerged and started a new company called NutraCap Labs also based out of Atlanta. I began to hear he was right back in business, and it was kind of shocking honestly, given the pattern.

In November of last year, NutraCap Labs was inspected by the FDA. It resulted in a warning letter. Warning letters can be common, especially after around 2010 when the FDA issued specific good manufacturing procedures (GMP) that need to be documented, followed, etc. Many good companies received warning letters as they adjusted to the new rules. I believe that in general probably over 95% of the manufacturers out there are doing a great job and should be applauded.

This warning letter, however, has a host of issues that are very alarming for those who are familiar with manufacturing. This wasn’t just a “tidy up your paperwork” letter.

The FDA points out several extremely concerning issues, two of the larger issues include:

1.) The BPR (batch production record) and product labels do not match. The BPR is what is used to actually blend and build the product, it’s the recipe. So, what was built and put in the bottles, IS NOT what is on the label in the random batches the FDA sampled. Let me repeat that, what is on the label, is not in the bottle. This was a random sampling. It’s reasonable to assume many other products would fail if they were tested based on this.

2.) The product tested is also labeled as “adulterated” because DMHA (an unapproved stimulant) was found in it. Adulterating product has been a previous offense for the owner, but it continues to happen, despite the indictments from years past. Again, if it’s not on the label, it’s not supposed to be put in the supplement period. It’s obviously not on the label, and it’s a not supposed to be put in dietary supplement.

NOTE: The exact products tested, and ingredients are redacted in the letter. This is to protect brands but can become public eventually.

There are other offenses in here you’ll see regarding a lack of testing, labels, really any sort of quality control, etc., but I wanted to point out the more egregious issue which is simply what’s in the bottle doesn’t match what’s on the label. The FDA made that crystal clear in their random sampling.

The facts speak for themselves here. This should be unacceptable to you as a consumer, and we are well beyond “it was a simple paperwork mistake” from someone who has run multiple manufacturing operations. Wes also owns Genone labs fyi.

It is also disappointing that given the history here, supplement brands would choose to do business like this, but I guess the idea of making more money (better margins) can be pretty persuasive for some.

I am sure it will come out which brands are using NutraCap Labs to make their products pretty quickly. We’ll see what happens.