Newer PostWill Hady Choopan Get A Visa – 2020 Mr. Olympia
Older PostTraveling As A Bodybuilder – Tips And Tricks
Share on FacebookShare on TwitterShare on LinkedinShare on Pinterest 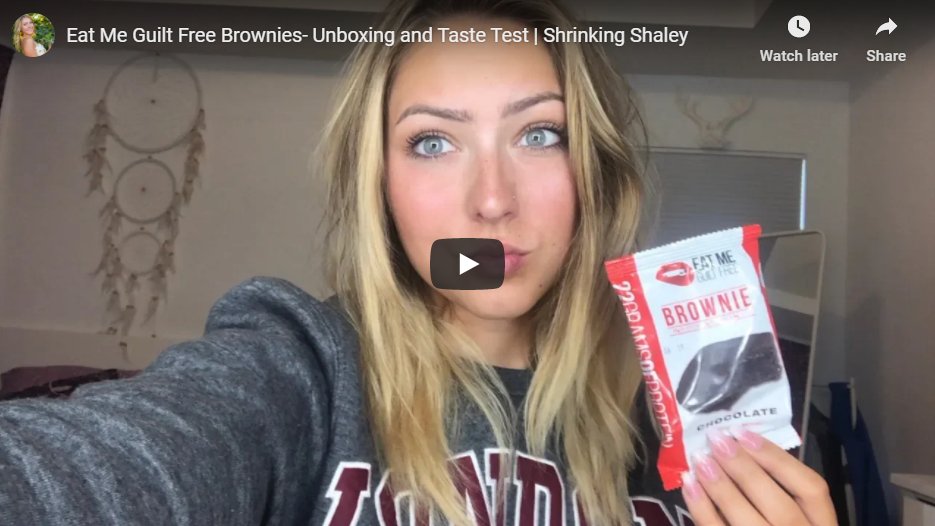 I’ve been in the protein bar game for over a decade and I’ve tried just about everything. For a little quick background on myself, I spent about 10 years working for MET-Rx where I sold and ate my fair share of bars from the brand as well as their other brands such as Best Bar Ever, Pure Protein, and Balance Bar. While I enjoyed the bars, I was always after something “different” so I wasn’t always eating a bar. I needed something fresh. Something new. Then MET-Rx came out with their chocolate protein brownie. My mind was blown.

Truth be told, I really liked the protein brownie and it was one that I could toss in the microwave and when removed, it as if it was fresh out of the oven. The downside of the MET-Rx protein brownie was the profile. It was more of a “meal replacement” product like the rest of their Big 100 Colossal bars as it was high in calories, carbohydrates, and sugar. While it was a nice treat every once in a while, it wasn’t something I’d eat regularly.

So, where does that put us today? Well, I was at my local supplement store and found a product that caught my attention. The product was made by Eat Me Guilt Free and it was a protein brownie. The store owner mentioned that it was a good seller for him and that it’s worth a try. And I did.

When I picked up the Eat Me Guilt Free protein brownie, it felt SOLID. And when I say solid, I mean it felt like a brick. Upon opening it, the protein brownie actually looked like a real brownie (as you know, protein bars/products rarely look like their pictures when you unwrap them). I ripped it in half to check out what the inside looked like and again, looked just like a brownie.

Circling back to the “solid” description, if you’re looking for a soft “fresh out of the oven” brownie, this may not be the right fit for you. Now, I’m not sure if the protein brownie has the potential to harden over time (I’m not sure when it was manufactured), but it wasn’t soft like I would have expected. I mean, even the unhealthy brownies you can buy like Little Debbie’s are soft. So, I was slightly disappointed by the lack of softness with the Eat Me Guilt Free protein brownie. 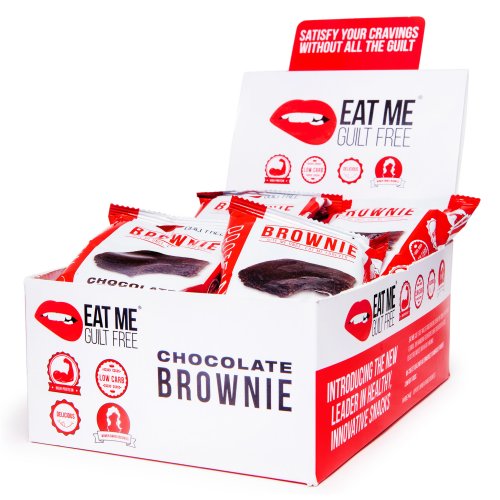 The flavor I went with was the original chocolate brownie. If that sounds a little too boring for you, they have a TON of flavors (which I may try later). Some of the flavors include birthday cake, vanilla blondie, chocolate peanut butter bliss, galaxy chocolate brownie, pumpkin spice, tuxedo brownie, red velvet cake, cinnamon toast breakfast cake, and a holiday cheer brownie. They even have a vegan AF cookie if cookies were more your thing and following a vegan diet.

Something I’m sure you’re curious about is the profile. And it’s actually really good. Per protein brownie, you’re looking at:

I’d say that the name lives up to its claim.

But How Does It Taste?

Here is where I’m going to give some criticism. Personally, I didn’t think it had the taste of a chocolate brownie and it crumbled pretty easily. Was it good? Eh, it was alright. Would I eat it again as a healthy snack to change things up? Sure. But that being said, taste is very subjective and you need to remember, I’m comparing it to not only the MET-Rx protein brownie I’m used to eating but also an actual (unhealthy) brownie to see how close they got. I also had my wife and five-year-old son try the Eat Me Guilt Free protein brownie and they, too, thought it was just ok.

Something I think we need to keep in perspective is the profiles of products. Sure, Eat Me Guilt Free could have tossed in more sugar, sugar alcohols, or fat and improved the flavor, but they kept things clean for what the product is – a protein brownie. And I respect that.

While I wouldn’t say I was in love with the flavor of the protein brownie, I’d buy it again for a change of scenery or even try one of their other flavors. If I had to guess, the hardness of the Eat Me Guilt Free protein brownie may have been due to the product sitting on the shelf for some time (but I could be wrong and they are just a dense protein brownie?).

Final thoughts… would I recommend the Eat Me Guilt Free protein brownie? I would. It’s different from many of the protein bar type of products out there on the market and tossing one of these in every now and then can provide you with some variety and sanity from boring protein bars that start tasting all the same after a while.

Have you had the Eat Me Guilt Free protein brownie in the past? What were your thoughts? Let us know down in the comments.