Newer PostJake Wood Buys The Mr. Olympia
Older PostRYSE Seems to Like the Bad Boy Image with Their Sponsored Athletes? 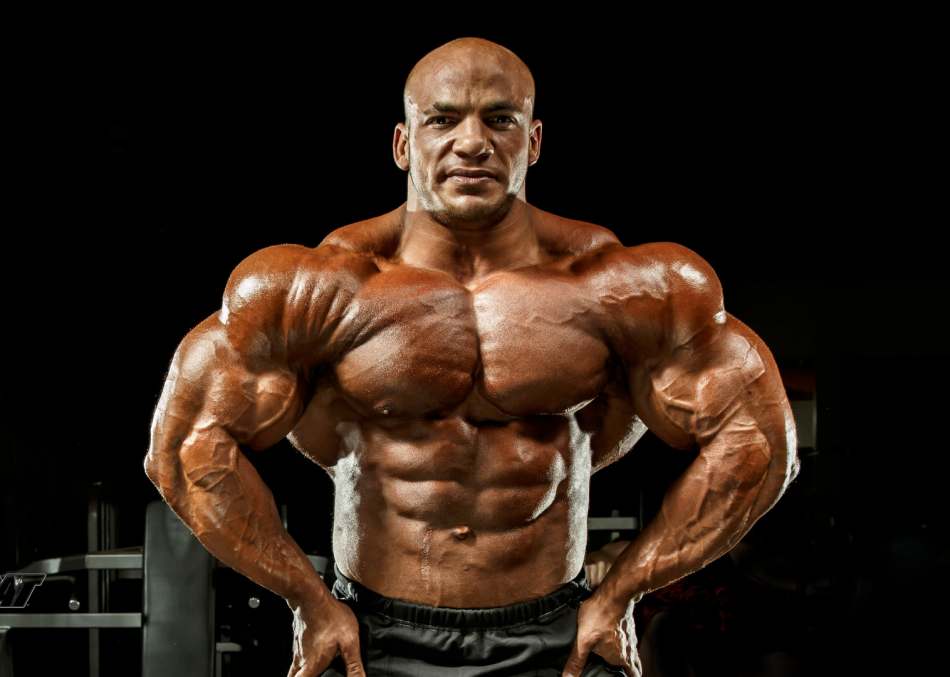 To say fans are a little disappointed with Big Ramy is an understatement. 2019 was the most epic fail of all his years competing. After not even placing top five at the 2018 Mr. Olympia competition, Big Ramy failed to make it to the stage at all in 2019. While many are excited to see him jump on a bodybuilding stage in 2020, few have their reservations on how long Big Ramy will continue to compete.

Things Seemed to Be Getting Better?

If you look back at the shows Big Ramy competed in over the years, he was placing better and better each year. Just look at how he’s progressed over the years at the Olympia. 2013 he was eighth, 2014 he was seventh, 2015 he was fifth, 2016 he was fourth, 2017 he was second, and then 2018 is when the wheels fell off and he placed sixth.

Big Ramy was trending in the right direction. In fact, had he showed up to Vegas last year, we would possibly be talking about Big Ramy coming back this year to defend his Olympia title. Last year could have been his year. What happened?

Following his sixth-place finish at the 2018 Olympia, Ramy took a step back and jumped into unchartered waters – literally. Big Ramy went to work on his family’s fishing boat (which may be why he looked like a fish out of water at the 2018 Olympia). Also, a little fun fact for those who like backgrounds on their favorite bodybuilders… in case you didn’t know, Big Ramy is married and has two children.

At the age of 35, it’s hard to pinpoint where Ramy’s head is regarding competing. After not even competing in 2019, I thought it was all but over for his drive and motivation to want to step back on a bodybuilding stage. I figured he’d want to continue working in the family business and be around his wife and kids more. But, as you know, he vowed to come back in 2020 better than ever. I personally think Big Ramy has a few good years left in him if he wanted to continue chasing that Sandow.

They Say Sometimes Change Is a Good Thing

Ramy seems to be jumping around lately and it has me slightly concerned. As I mentioned earlier, Ramy’s placings at the Olympia continued to improve year after year and it seemed that Oxygen Gym in Kuwait was part of the reason for his success. Well, after his 2018 placing at the Olympia, Ramy left Oxygen Gym. I don’t know the true reason for this, but I feel like he’s making a mistake.

Sure, looking at Ramy’s recent updates as we move closer to the Arnold Classic Ohio look good, but how many times have we been shown photos of Big Ramy a few weeks out from a show and by the time the show rolled around he wasn’t anywhere near the condition he needed to be in? Ramy is a big man and when he nails his conditioning, I believe he can beat anyone you put in the lineup next to him. But we haven’t seen him 100% nail it. Either he comes in too big and is flat and watery or he comes in smaller with better conditioning but still gets beat. If he can keep his size and hit his conditioning it would be lights out.

Can Ramy Qualify This Year?

I think without a doubt, Ramy WILL qualify for the Olympia this year. I think he truly feels like he let down his fans in 2019 by not competing. Was a full year off good for HIM? Probably. But that was also a year of him not dieting down and seeing where he’s at. With his body being another year older, has anything changed?

Going into the year with a few shows under his belt is a good idea. Big Ramy can then see how his body is reacting to the diet and continue to improve as the year goes on. Whether he wins a show and automatically qualifies for the Olympia or gets in via points, I absolutely think we’ll see Big Ramy in Vegas this year.

Is There a Chance Big Ramy Walks Away with a Sandow in 2020?

This is somewhat forward-thinking as we only just started the bodybuilding season and making this kind of prediction is, well… reckless. But since when do I take the safe route with voicing my opinion and making predictions?

I’ve been saying for quite some time now that Phil Heath is going to skip the Olympia and prep for Athleticon. Am I right? We shall see. But that said, if Phil bows out of the Olympia again this year, that opens the door for someone like Big Ramy to step in and fight for the Sandow. I also don’t see Shawn Rhoden being able to compete this year which is another threat out of Ramy’s way. However, it won’t happen this year.

There’s a lot of time between now and the Olympia which means everyone else has all of that time to make progress as well. Which Ramy will we see this year on stage? Who knows, but I have my popcorn ready.