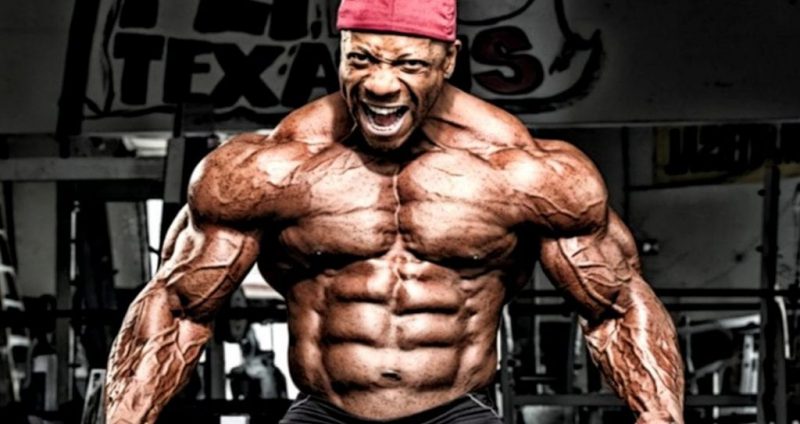 The world of professional bodybuilding is buzzing at the prospect, no matter how bleak, that 2018 Mr. Olympia Shawn “Flexatron” Rhoden will defend his title and potentially win his second Sandow in just days. In a photo released Monday morning by Chris “The Technician” Aceto, with a question to followers to “guess what year” the shot was taken, has many wondering about what could be. One poster stated that Aceto was wearing the same shirt as in another recent photo with Eduardo Correa, suggesting that the shot we saw with Rhoden, is actually from this week.

The suspended champ has not stopped training, keeping in touch with his fans, and staying very quiet (per likely advice of counsel) regarding his case and likely trial. When charges surfaced, AMI/Weider issued what some have called a rather hasty response. IFBB Pro League President Jim Manion, on the other hand, released a far more fitting response, which may have had an impact on the promoters of the Olympia (over time). One would imagine there have been some backchannel talks and/or negotiations, but no one knows (and/or no one is saying) what, if any, fruits these may have had. Still, the fans, like us in the media, can’t help but wonder why Rhoden has prepped as intensely as he has, if he’s only going to the contest as a spectator.

So let’s talk about how hard he’s prepped. For starters, when Mr. Olympia trains, it’s not just some guy training at some random gym. Most of his workouts include his very close training partner, they also include the legendary Charles Glass, and oftentimes Shawn is totally covered up. He has spoken on camera, but only about general things, his posts are uplifting and inspiring but very vague as to whether he’ll compete or not. Why would someone not competing require the services of Charles Glass – and – why would someone not competing make such a point of being covered up? Also, someone who’s not competing would speak and write accordingly, not keep things vague. 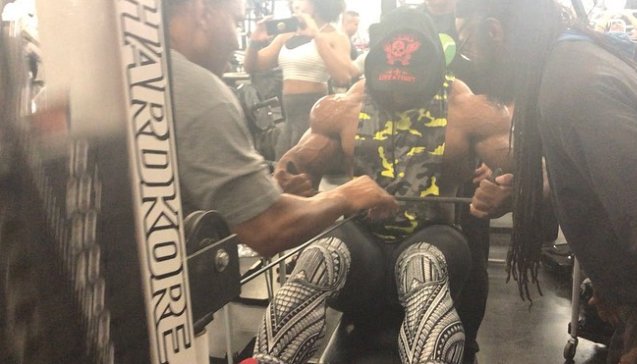 With regard to any potential negotiations, we don’t know if anything came from them; however, negotiations are all about one side giving something giving up and getting something and vice versa. Does the Olympia need any one, single person to ensure its success? No. We have learned that from Kai Greene’s shenanigans, but unlike Kai, Shawn actually wants to compete and is not allowed to. He’s also the defending champion and never, ever, in the history of the sport of bodybuilding has a Mr. Olympia been banned, especially indefinitely, before. If anything, there’s probably a desire on behalf of the legacy of the event, to figure out a way for Shawn to compete. Otherwise, this may very well cast a blemish on the sport’s most important title. That being said, when would we know for sure? I think there’s still the possibility Shawn could be added to the roster by the Thursday press conference, he might also take the stage on Friday night for the prejudging. I guess if he’s not on stage by Friday, we’ll know for sure.

Most people are not wondering about whether or not Shawn will compete. For most, it’s now a question of how decisively Brandon Curry will win, whether or not Dexter will defy the few odds (there aren’t many after Tampa) that he could win his second Sandow, and/or (of course) all the hype surrounding Iran’s Hadi Choopan – who FINALLY – got a visa and will be able to compete on U.S. soil. That being said, maybe the fact the spotlight is off Rhoden is exactly the kind of situation that would allow for him to get back on stage, compete, and then very quickly exit. Let’s say he won, I’m sure every word he uttered would have to be carefully chosen beforehand, maybe to the extent of his time in the spotlight being purposely limited, who knows.

The fact is, from a PR standpoint, it’d be a gamble for the promoters to let him compete, but far more importantly for Rhoden’s legal interests, he would need to have his attorneys by side, almost at all times, particularly when answering questions. All it would take is for one disingenuous journalist, looking for clickbait, to ask a silly question looking to jam Rhoden up. Why? For hits! But that silly question could elicit an answer that could potentially hurt Rhoden’s case. Even innocent people can incriminate themselves – it happens all the time – and paparazzi journalists have no loyalty but to themselves. Further, these journalists are looking for clicks, so they may intentionally try to hurt Rhoden in order to get a story they can sell to the highest bidder. Remember, this case made mainstream headlines as well.

For me, personally, as a Rhoden fan, I’d really like to see him compete. It would be great to see him win again and I think the fans would love to see him battle it out with Brandon and the other top guys. That being said, once you win a Sandow – whether it’s one or eight – you’re always a Mr. O. I think if Shawn won two that’d be great, but even if he didn’t, that would be fine too. I think seeing him compete would be the real thrill for millions of bodybuilding fans. Will it happen, I think it’s highly, highly unlikely. It’s so unlikely that even the clickbait media isn’t talking about it, so that should really seal the deal.

More importantly, what do YOU think will happen in the coming days? Do you think there will be breaking news to suggest Rhoden will compete? If he does compete, how do you think he’ll do?