Will Calorie Labeling at Restaurants Fix Obesity with Healthier Meals? 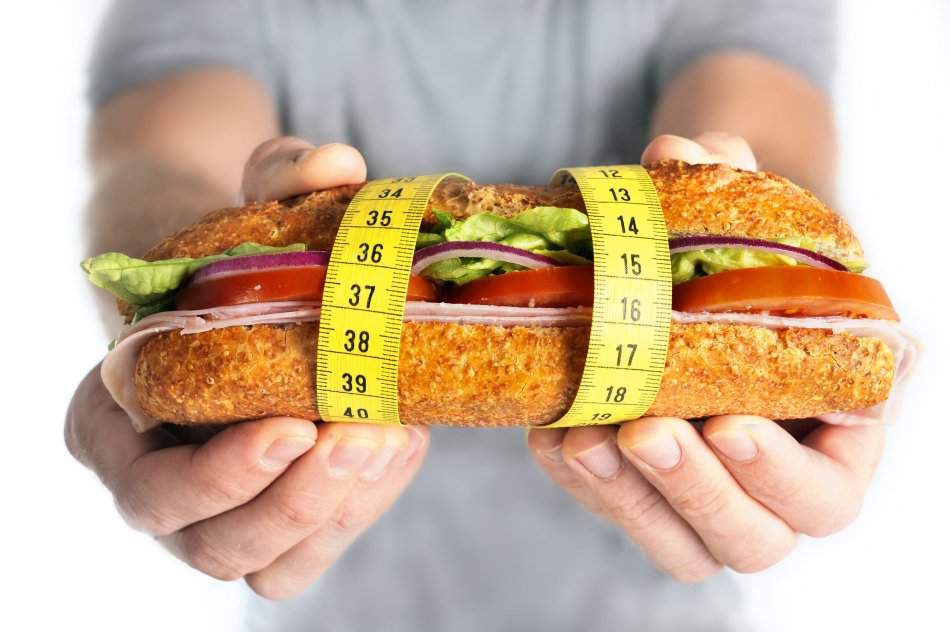 I was reading an article the other day about a study in the UK where they are trying to have their government enforce a policy that restaurant menus would need to have calorie labels for each item. Their thought process is that if people are aware of how many calories they are consuming while eating out, it may entice them to choose healthier meals. While I would love to see calorie labeling rolled out across the globe, I’m honestly not sure how much of a difference it would make. Let me explain.

Eating Behaviors Are Hard to Change

Have you ever tried a diet only to fail miserably? Have you tried making and eating healthier meals in an effort to lose weight? Probably didn’t last too long, right? Well, you’re not alone. The reason many people fail is not only because most diets are not lifestyle diets but also because it’s extremely difficult to change a person’s eating behaviors. Now, I’m not going to say it’s impossible but it’s definitely going to take some time and consistency.

The article I mentioned when opening up this article talked about how restaurant menus that showed the calories tend to have healthier meals to choose from. From my experience here in the states, I don’t find that to be the case. I see various restaurants with calorie labels on their menu yet they aren’t serving healthier meals.

In the article they claimed when looking at UK restaurant menus, those that had calorie labels had “on average 45% less fat and 60% less salt than items from other restaurants.” While that’s fine and dandy, we are also assuming those figures are correct. I hate to be the voice of pessimism but we all know that brands across the globe aren’t exactly labeling their products correctly. So, we are left trusting what the restaurant menus are saying and that we are, indeed, consuming healthier meals.

One researcher did say, “This is the first study to look at differences in the nutritional content of food from restaurants with and without meal labeling in the UK. It suggests that on the whole, restaurants that provide information on calories on menus also serve healthier food, in terms of fat and salt levels. As well as useful information for customers, mandatory menu labeling could also encourage restaurants to improve the nutritional quality of their menus.” Again, I’m not saying it won’t work, I’m just saying I’ll believe it when I see it.

Road to Obesity Doesn’t Start and Stop with Restaurants

Putting calorie labels on restaurant menus is a great idea – assuming the people who open the menu care about the nutritional breakdown of what they are consuming during their restaurant experience. Personally, when I go out to eat, I don’t want the normal stuff I eat at home. If I did, I would have just stayed home. You may share the same sentiment in that when I go out to eat it’s for the experience. It’s for the atmosphere. Maybe you eat something you normally wouldn’t (within reason) or you splurge on a dessert to end the meal? I don’t see ANY restaurant menus being the reason we have an obesity epidemic these days.

Here’s the bottom line and what I’m getting at with the heading above… most people do not eat out every single meal of the day. I would assume at most, people would eat out once a day but even then, most would not find it financially feasible long-term as it’s not cheap.

One of the doctors from the study said, “We found some restaurant items that hugely exceeded the daily recommended intake for energy, fats, sugar, and salt. More than a quarter of UK adults eat meals out at least once a week, so such large or nutritionally-imbalanced portions could contribute to poor dietary intake at a population level.”

People aren’t getting “fat” from eating a meal at a restaurant. They need to look at the food they are putting in their mouths all day and all week long. Are they snacking on chips throughout the day? Are they starting their morning with a bowl of sugary cereal? Are they drinking regular soda all day instead of water? The list goes on and on. While implementing calorie labels on restaurant menus to help consumers choose healthier meals is a great idea, the thought that this is going to solve anything is kind of laughable if you truly understand nutrition and weight loss.

There are nutrition labels on every item of food we purchase from the grocery store on a weekly basis yet the obesity rate continues to climb. So, people actually think that adding a calorie label to restaurant menus is going to entice consumers to choose healthier meals while eating out? That’s never going to happen.

One or even two meals out a week isn’t going to change much from the health or weight loss standpoint. We are talking about maybe 2,000 calories out of their weekly 14,000 calories assuming they are on a 2,000 calorie per day diet. And I went high on the two meals to get the 2,000 calories twice a week eating out (1,000 calories per meal). You can’t simply blame the meals they ate out as the bad guy here.

An individual from an obesity health alliance mentioned, “We already know that calorie labeling on menus can prompt people towards the healthier options, now this study shows that it also leads to outlets providing healthier menus as a whole. We all have the right to know what is in the food we eat, whether we buy it in the supermarket or in a restaurant. Mandatory calorie labeling would make this happen and we now need the Government to act swiftly in bringing this policy.”

I’d love to stand up on my soapbox and shout that this is going to change the world but unfortunately, I don’t see it happening. Sure, more and more people are getting educated on how to eat healthy meals throughout the day – but that’s not the large majority of any population.

Are we heading in the right direction when it comes to healthier meals and more transparency with food and labels? Yes. But we are a far way away from it being impactful where we start to see the rate of obesity and those who are overweight start falling.