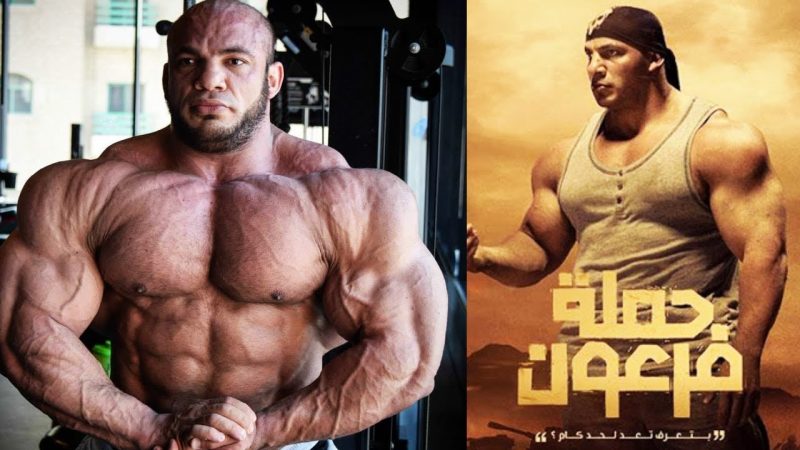 Going Hollywood could mean any number of different things, from being an extra in a low budget horror movie to appearing on a major production. It could even mean simply wanting to act, wanting make a move out West or even considering the possibility. A great many bodybuilders have always wanted to follow in Arnold’s footsteps; in fact, Arnold may very have wanted to follow in Dave Draper’s. Dave dominated the bodybuilding circuit in the late 1960’s, landing major roles, and earning substantial mainstream appeal.

What Arnold did, particularly with Pumping Iron, was take it to a whole new level. Out of that one documentary, of sorts, his film career was born. Others, like Lou Ferrigno, would also find fame and fortune, in acting as well. Sadly, far more than I’d care to share moved out to Venice Beach, many living in vans across the street from Gold’s Gym, investing it all into making it both as bodybuilder and movie stars. Many lucked out on with both endeavours. Some stayed, till this day, waiting despite all the odds. While there’s a lot of stars on the Hollywood Walk of Fame, it may also be the boulevard of broken dreams. That being said, bodybuilding superstars, like Arnold, who had a Pumping Iron, at least, had a fighting chance.

Much like Pumping Iron, the Generation Iron films put many of today’s best bodybuilders on the map – it gave them their first taste of what a life in movies could be like. These are major productions, with big money behind them, and solid distribution. Just one look at the path taken by Kai Greene and the many successes he’s enjoyed, paints a pretty good picture. Ten years ago, another Top 3 bodybuilder left the sport, even losing much of his hard-earned muscle to land major roles. That iconic bodybuilder, was The Maryland Muscle Machine, Kevin Levrone. I mean, let’s not forget, in 2002, he took 2nd at the Olympia. What’s to say that eventually he wouldn’t have toppled The Big Nasty, Ronnie Coleman. The truth is, his journey changed course. His goals changed. In many regards, the trajectory of Kevin Levrone was very similar to that of Lou Ferrigno. We all know, that if Kevin had stayed the course, he’d of had as much as legitimate claim to the Sandow, than Jay Cutler would have. Once Kevin got more into acting, he dove in. Today, after the news hit that Big Ramy was not doing the Tampa Pro and was also not doing the Olympia, the bodybuilding world almost came undone.

Fans everywhere were in disbelief. How was this possible. Ramy had left the camel crew, where he’d been his most successful. He opted to work with Neil Hill, who coached Arnold Champion, William “The Conqueror” Bonac, among other top athletes. There was also talk of an overall rehaul, coming in much lighter, tighter, and more vascular and balanced. There were also assurances that Ramy would bring ripped hamstrings, striated glutes, and tie-ins he’d never been able to deliver. I wrote an article for Iron Magazine where I doubted Ramy would stay with Hill, opting instead to return to Oxygen Gym. This was no knock on Hill or anyone from his camp, but the reality of the matter, is that Bader Boodai and his camp know Ramy and when you work with a team that gets you as high as runner-up at the Olympia, that’s a very big deal. I think after the Olympia, he wasn’t thinking clearly. To walk away and go to a new coach, with an existing roster of big leaguers, it’s quite a move to invest everything on.

Big Ramy had a great 2017, taking the best placing of his career – runner-up at the Mr. Olympia. From then on, the media fascination with him was more than mere hype, it was more than mere speculation, he was in line to going all the way. Everyone speculated that 2018 would be his year, maybe 2019 at the latest. Sadly, for Ramy, 2018 didn’t go as planned. He fell out of the Top 3, even out of the Top 5; he switched coaches and for some odd reason picked the last possible contest of the year to re-qualify. For much of the year, media outlets spoke less and less about him, opting to build more hype among the more active contenders for 2019. When it became known that Ramy wouldn’t do the Arnold, that didn’t help things, either. There was also talk of a shoulder injury sidelining him. When it was confirmed he was not doing Tampa and also not doing the Olympia, bodybuilding fans, especially Ramy’s fans, were at a loss for words.

Just days ago, news really started making the rounds of Ramy being cast in a major motion film. Although the movie was for the Egyptian market, it featured some big American names in the credits, including “Iron” Mike Tyson and The Mountain from Game of Thrones. What added even more interest to the story, was that Ramy landed a major role, one in which he shared screen time with Tyson. Also, just because a film is made for the Egyptian market, does not mean it couldn’t go to worldwide markets, as well. In fact, given the stars involved, that may be a very strong possibility.

With regards to the future, only time will tell where the Egyptian Phenom winds up. He’s still very young (relatively speaking) and he could easily be a top bodybuilder and an actor. Fortunately for him, he landed a role that’s ok with his size. Much like Kai Greene, he’ll probably continue to land roles of this fashion. I think times have changed, even in Hollywood. For a very long time, Hollywood casting directors and agents didn’t know what to do with bodybuilders. They could be used for muscle (pun intended), some minor villain roles, but in general, they weren’t going to land any lead roles. They were too big, too freaky. This is probably why Levrone downsized as much as he did. Today, you can have guys like Kai and now, possibly Ramy, making movies, doing world tours, and landing [mainstream] radio and tv gigs, while still looking like someone in contention to be an Arnold Classic or Olympia champion. I mean, Kai Greene hasn’t been on an Olympia stage in 5yrs, yet looks so in shape, that up until each and every contest, each and every year, the media (and the fans) is at the edge of its seats, expecting The Predator to walk in and crash the press conference.

In closing, I wish Big Ramy nothing but the best! He’s a really good guy and truly loves both the sport and the fans. Only time will tell where his path takes him, but wherever it does, I know he’ll be very successful. I hope you enjoyed reading this article, here at Iron Magazine. I look forward to reading your comments.