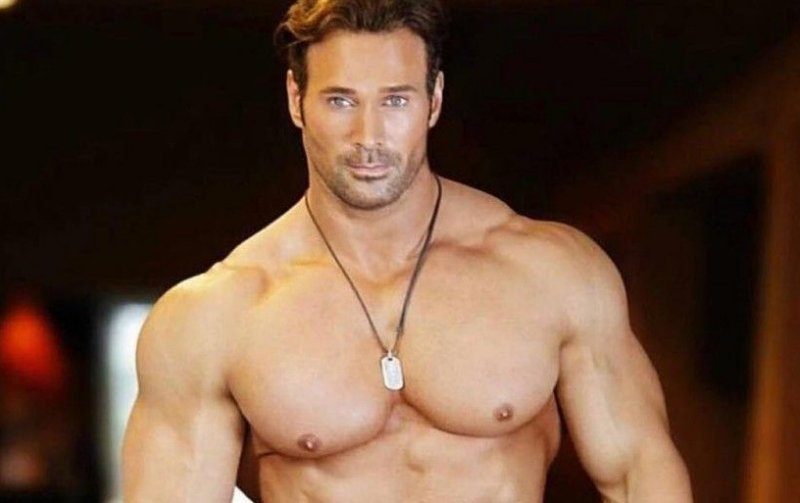 The sport of bodybuilding is all about health and wellness, about lifting and eating right, and building positive attributes like self-confidence, emotional balance, and a will to create and produce, to break from the pack and do your own thing. The sport has given folks with pretty dire circumstances, from depression to eating disorders to rough pasts, a second chabce on life. We are a sport that admires what each and every athlete can do, whether naturally or with the help of supplements. What’s very bizarre, though, most especially within our circles, is the reluctance so many have for what can be achieved, simply through eating clean, training hard, and being consistent.

Natural bodybuilders, hereinafter “natties,” get a lot of respect, if and only if, they fall within the parameters of what the mainstream (within our niche) believes to be the ceiling for human development. For example, most people don’t believe a natty can build 20+” arms, they don’t believe a natty could step foot on stage at more than 200lbs, and they don’t believe a natty could get bone dry on stage without the use of diuretics and/or lab concoctions – if they’re heavier than middleweight. The truth is, any natty who is accused of saucing, would probably take it as a compliment, but there’s a difference (or their should be a difference) between coach-potato commentators and established authorities in the sport.

What do I mean by this? Well, take some of the greatest bodybuilders of all time, look at Kai Greene, look at 8x Mr. Olympia Ronnie Coleman, and a few others. They weren’t natural when they won all the big pro titles, but they were natural for their entire amateur careers. Some of the legendary pro’s got their start without touching a thing. Also, natural supplements and training theories are far more advanced today. Also, there are distinct differences in the size of muscle, level of condition, and muscle density between the legends prior to taking the next step and what they’d go onto achieve. The problem is, no one wants to believe an athlete who claims/swears to be natural, while earning big amateur titles and less so, when they earn pro status as such. It’s easier to dub than liars, than to recognize their genetics, hard work, and personal sacrifices.

Today, one of the biggest natty stars is Classic Physique competitor Keone Pearson. Keone was discovered and trained by legendary bodybuilder Flex Wheeler. Pearson is natural and is very proud of that, but he’s not holding it over anyone’s head. He’s not judging his peers, he’s simply stating his case. There is no reason for him to lie. Quite frankly, he’s actually making himself less attractive to big companies, because a natty simply can’t hang at the elite levels – at least I don’t believe so. Nonetheless, with Flex in his corner and having inked a major supplement deal, the sky’s the limit for this new champion. Even for Keone, the questions as to whether he sauces or not, have become incessant and I’m sure – quite annoying by this point.

I’d like to further point out, that whether an athlete is natural or uses sauce, that’s a very private, personal question. The internet has been wonderful in the dissemination of news and in narrowing the gap between fitness stars and their fans; however, it’s also created a lack of tact and seemingly no filter as to what fans ask of their heroes. Years ago, nobody would dare ask a champion about any of these things, but now, everyone with a phone, is a journalist. Not only do they have the nerve to ask impertinent questions, they have the audacity to expect their questions warrant an answer.

That being said, even when they get an honest answer, they’re not satisfied. When it comes to natural bodybuilding, a lot of pundits have very backward, preconceived notions of what’s natural and what’s not. These theories don’t take into account that some people have far higher natural testosterone ratios than others. I have seen natty federations DQ an athlete b/c the athlete’s levels were beyond that which they deemed natural. Nonetheless, the athlete passed all tests, including polygraphs. Is this kind of senseless witch hunt feed into the narrative that so many people are employing – distrust anyone who’s natural, simply because they’ve been able to achieve what most others can’t. Note that I used the term can’t, as opposed to couldn’t. Not everyone can get to where some of these natural phenoms have – even with help from supplements. You or I could not, even with the best supplements, play basketball like Michael Jordan, golf like Tiger Woods, or throw a football like Dan Marino, in there heydays. In all other sports, an athlete’s natural abilities are recognized and celebrated, but why not in bodybuilding?

In the future, I wish we gave bodybuilders more of a chance, and didn’t pry into their private lives. Whether or not a bodybuilder is using supplements, is a private matter. If a bodybuilder wants to disclose that information, I’d hope we give him/her the benefit of the doubt. I, especially, wish bodybuilding fans wouldn’t press the subject, hoping to get the answer they want, as opposed to the truth. And while it’s true that natties today look better than natties 20yrs ago, there’s other factors at play. There’s more knowledge of nutrition, far more innovative machines, and training theories.

I know this is a very divisive topic and most people simply refuse to believe that guys like Keone Pearson are natural; others, refuse to believe Kai and Ronnie destroyed sauced athletes without ever taking even a prohormone, but they did just that. Many still can’t believe Mike O’Hearn is natural, despite the fact he won 4 Mr. Universe titles in one of the strictest natural federations known to man – and never failed a single drug test in his whole career! Still, a ton of people refuse to recognize the truth. For whatever reason, they’ll doubt natural bodybuilders till the very end.

I hope you enjoyed this article, here, at Iron Magazine. I look forward to reading your comments.