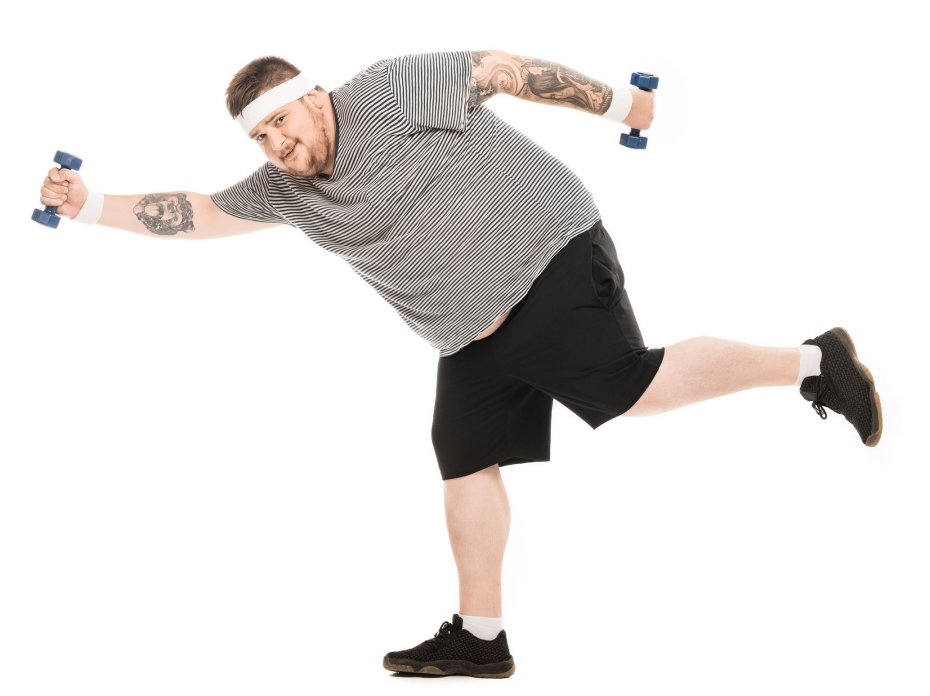 BBC recently started airing a show called Who Are You Calling Fat? It’s a show that takes nine obese individuals and puts them in one house together where they interact and talk about their mentality, health, issues, body image, and societal “norms.” While the show is not using people from here in the states, it raises the question when this will come to America and what are these shows trying to prove?

Is Society Concerned or Appalled?

For starters, I’m not picking sides of this debate. If you’re happy with your life, so be it. Your life doesn’t affect me. Rock on with whatever size you are. However, there are some serious health concerns for those who are obese. I don’t feel like we need to go into detail on that point, it’s been drilled home enough through my content and the news.

I’m going to look at this topic from the lens of an American since I have zero experience with living overseas and I’m not about to pretend like I do. That being said, where does such a show as Who Are You Calling Fat? put us?

As a society, you will have two sides of the debate – similar to politics. You have people on both sides extremely dead-set on their way of thinking and no one will ever change their mind.

There’s a difference between being healthy mentally and being healthy physically. Being obese, you are not healthy. I don’t care what you say. But that doesn’t mean you aren’t healthy mentally. If you’re happy with your size that’s cool. Being in the profession I’m in, it’s my job to help those who come to me lose weight and body fat to essentially get them down to a healthy weight where the risk factors of their size are minimized. However, shows like Who Are You Calling Fat? seem to be glamourizing obesity. If you’re happy in your skin that’s fine but making it seem like it’s a lifestyle you should embrace is truly irresponsible.

The term “fat” is a description and I’m not saying it’s an appropriate one. Overweight, obese, morbidly obese, and unhealthy is a more commonly used as medical terminology but one thing we call stop saying is “big-boned.” If I’ve already somehow offended you, it’s probably best that you just stop reading the article at this point and go on with your day.

Circling back to the two sides of the debate. One side sees nothing wrong with being obese while the other side definitely has their reservations. Are they concerned or appalled? Maybe both?

I can only speak for myself but overall, I’m concerned with the way society has normalized obesity. More than 60% of Americans today are considered overweight and about 30% of those are in the obese category. People seem to be finding excuses as to why they can’t lose weight. Some have true medical reasons which is extremely unfortunate and I can’t imagine being in that position. For the rest, it’s a poor lifestyle and relationship with food.

Listen, you weren’t born that way. Your lifestyle dictated where you are today. There is no one to point the finger at and there’s no magic pill to make it all go away. Therefore, people have just accepted the fact that they’re “big.” However, this trend will have deadly consequences and for a large portion of the American population, it will send them to an early grave. I really don’t want to see that happen.

It almost seems like their resentment towards those who weigh less creates this new persona for them where they have a no f*cks given mentality and accept who they’ve become (which is fine) but they then try to justify that they’re healthy.

Is There an End in Sight?

This isn’t about body shaming, negative body image, or bullying. This is about life and death. We are tipping the scales at an all-time high and with people needing safe spaces due to being easily offended, we can’t sit down and have a meaningful conversation to help. As soon as you bring up “weight” people shut down.

We’ve accepted this overweight and obese trend in society and no one wants to say anything anymore because they’ll be demonized all over social media for being “fat-phobic.” Look, we already have television shows similar to Who Are You Calling Fat? here in the states. There are shows like My 600-lb Life and My Big Fat Fabulous Life being aired on US television stations as I type this. And I feel as though this is going to be the tip of the iceberg in terms of what’s to come.

Now, do I think television shows discriminate based on looks and size? I believe so (that’s my opinion). Is that right? No. But focusing on specific shows that depict individuals who are overweight as being “healthy” is not “healthy” at all.

Then on the opposite side of the spectrum, we have horrible “fitness” shows such as The Biggest Loser (it has since been canceled) which is such a poor representation of reality that it’s setting people up for failure. Those participants were in the perfect environment, not the real world. Not to mention the show was totally fake and unrealistic. I know many trainers who were asked to be on the show and declined due to the “terms” they were being asked to agree to. Which not to open pandora’s box, but pretty much went against everything personal trainers stand for.

If we have “body-positive” television shows will that help? No, because people will still find issues with those too. It seems like everyone is always looking for the negative in things. Heck, just look at the news. It’s all negative anymore and why I don’t even watch it at night anymore. Whether you are big, small, skinny, or fat (oh my gosh, I said the “F” word), the way people see you is through their lens. If you don’t like that, then change your behaviors – but do it because you want to.

So, is there an end in sight? I, personally, don’t see one. And that’s sad. But again, if you’re overweight or obese, that’s your life and your decision. There are things you can do to help lose weight and minimize the plethora of illnesses and diseases common with carrying around an unhealthy amount of body fat.

I don’t see society getting any “nicer.” Especially when people hide behind their computer screens thinking there are no consequences to their words and/or actions. And if I were to throw out a prediction, I would say in the next 10 years, more than 70% of Americans will be considered overweight. I hope for the sake of everyone’s health I’m wrong but the way things are trending, it’s not looking good.