What Energy Drinks Really Do To Your Body 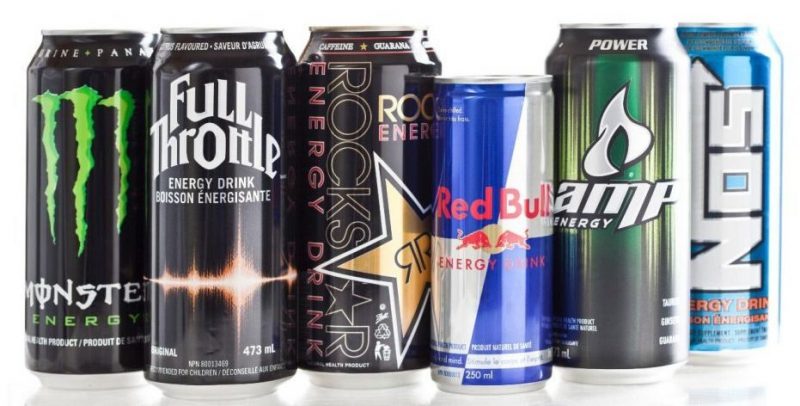 For many young people, reaching for an energy drink is like grabbing a cup of coffee. Whether it’s studying for an upcoming exam, staying awake on the road, and getting an energy boost before a party, young people are relying on energy drinks to get more out of their day. However, energy drink can be incredibly dangerous to consume, especially for young children and adolescents.

Dangers Of Energy Drinks: What They Do To Your Body

In a recent article, the Daily Mail published the following chart, which breaks down how your body reacts to finishing an energy drink.

First 10 minutes after finishing your can
The caffeine begins to enter your bloodstream and your heart rate and blood pressure start to rise.

15-45 minutes
After gulping down an energy drink, it can take between 15-40 minutes to start to feel more alert and focused.

30-50 minutes
By this point, you’ve fully absorbed the caffeine and your body begins to react: your pupils dilate, your blood pressure rises and your liver increases blood sugar levels. This causes your pancreas to release insulin, which then signals your body to store the excess sugar as fat.

By this time, the adenosine receptors in your brain are blocked to prevent drowsiness. Researchers wrote in JAMA that, because of these effects, just a single drink increases your risk cardiovascular disease.

1 hour later
Just an hour after drinking, your body already begins to slow down. Your blood sugar crashes and the caffeine slowly begins to wear down. In consequence, you’ll feel tired and possibly even dehydrated, as your body already flushed out all the water in the drink, and the few nutrients present in the drink have been flushed out with it.

5-6 hours
Half of the caffeine you’ve consumed has been used up. If you take the birth control pill, it can take 10 hours for your body to get to the same stage.

12 hours
By this time, most people have completely purged all the caffeine from their bloodstream. Factors like age, activity level and gender can play a role in how long it takes your body to get to this stage.

12-24 hours
Within 12-24 hours of your first can, your body starts craving another drink and withdrawal symptoms kick in. If you’re used to drinking it every day, skipping out on your habit can leave you feeling lethargic and distressed, and cause you to experience headaches and constipation.

7-12 days later
All it takes to become tolerant to caffeine is one to two weeks. This means that your body starts to need more caffeine to get the same effects.

Why Are Energy Drinks So Bad?

This Is What Happens To Your Body After Drinking Red Bull

Energy drinks don’t just contain a lot of caffeine, they’re also loaded with sugar and artificial sweeteners. Mixed with alcohol, the combination is said to have similar stimulating effects as cocaine.

In a study published in the British Medical Journal, researchers warned that energy drinks damage the liver so much that they can even cause acute hepatitis. Hepatitis can cause liver disease, liver failure, and necrosis.

“A previously healthy man aged 50 years presented with malaise, anorexia, abdominal pain, nausea, vomiting, generalized jaundice, scleral icterus and dark urine. He was not on any prescription or over-the-counter medications, but reported drinking 4–5 energy drinks daily for 3 weeks prior to presentation,” Dr. Jennifer Nicole Harb wrote in the study summary.

Researchers concluded that these effects are mainly due to vitamin B3, which is added to the drinks to help your body convert the drink into energy. Other ingredients like high fructose syrup and added sweeteners also damage the organ.

Plus, too much niacin may cause burning, tingling, itching, and redness in the face, arms, and chest. 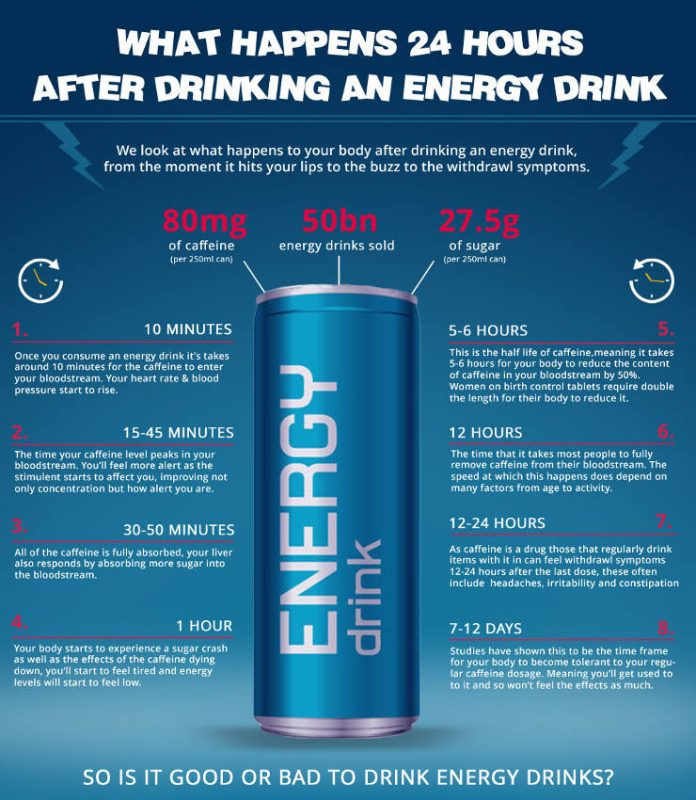 Just one energy drink daily could trigger arrhythmia, an abnormal heart rhythm which increases the risk of stroke five-fold.

Founder and CEO of The Arrhythmia Alliance, Trudie Lobban, said: “You wouldn’t necessarily have to have a faulty heart to suffer from arrhythmia – stimulants containing caffeine can trigger it. “Six or seven coffees a day could do it, but these energy drinks carry a really high risk.”

Children Are At Risk

This makes drink incredibly dangerous to children. In one case, a 14-year-old girl from Maryland died after drinking two 24-ounce cans. Other cases involving energy-drink related illness and death are currently being investigated by the FDA. It’s estimated that the number of people hospitalized due to energy drinks doubled between 2007 and 2014 in the US, according to SAMHSA.

According to Macleans, researchers at the Mayo Clinic warn that a single can of 473ml (16oz) “can significantly raise blood pressure and boost levels of stress hormones.”. These effects are made worse when the drink is mixed with alcohol.

The team studied 25 young healthy volunteers with no medical problems and found that consuming energy drinks lead participants who drank Rockstar had a 3.5-point rise in their blood pressure and higher levels of the stress hormone norepinephrine compared to the placebo group.

“We believe that the consumer should be more cautious when consuming energy drinks due to the possible health risks,” says Dr. Anna Svatikova, lead author of the Mayo Clinic study.