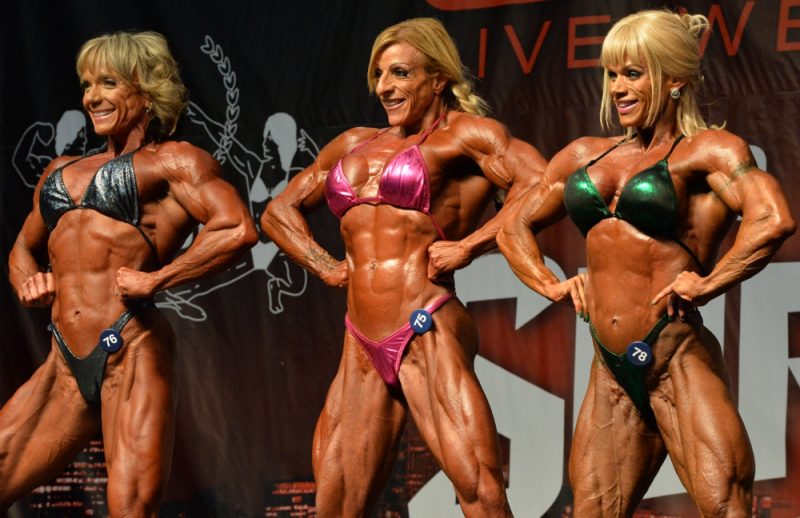 I bet you probably never thought you’d read an article with a headline such as this one’s anytime after the 2000’s. After all, countless media outlets and pundits were all but calling for the Last Rites being administered to Women’s Bodybuilding – and there was a time when the sure money was on that sad outcome. From the elimination of the Ms. International at the Arnold Classic, the end of the Ms. Olympia, and the retirement of 10x champion Iris Kyle, many thought the end was near.

Others looked to the introduction of the Women’s Physique Division as the death knell of Women’s Bodybuilding, believing most of the remaining women would jump ship. They assumed the Women would be ok with losing their hard-earned gains, just to have a stage to compete on. There came a point in time when reporters, pundits, and even outspoken male athletes turned from critics to downright haters. And while many of them figured the writing was conspicuously on the wall, they suffered a severe miscalculation. The women who refused to scale down, who refused to give up (despite less contests on the calendar), and who refused to stop training despite lackluster prize money, lackluster media attention, and practically no supplement sponsorships, simply wouldn’t give up. Amazing amateur competitors kept knocking on the door at The Nationals, The North Americans, The USA’s, and the Universe, wanting IFBB Pro League Pro Cards, in Women’s Bodybuilding!! The Division made great by Rachel McLish, Cory Everson, and the stunning 8x Ms. Olympia, Lenda Murray, wasn’t going out without a fight! What was to come was nothing short of a miracle, with great work done by Jake Wood and his Wings of Strength.

Back when the news was mostly a rumor about Women’s Bodybuilding being scrapped, I started a Facebook group (Save the Ms. Olympia) and petition drive, along with several other supporters. Petitions generally don’t do much, but if enough people sign on, it can have some persuasive power. Also, we all banked on the power of social media and the bodybuilding press – surely they’d rally behind the cause. In an ideal world, where male competitors had a strong bond, true solidarity with their iron sisters, then maybe things might have been a little different. I don’t want to say names, but I think it’s pretty clear that some of the biggest reasons Women’s Bodybuilding nearly failed, wasn’t because the ladies were “too muscular.” That’s got to be one of the biggest fallacies of the fitness industry. Muscular women were, are, and will always be, a major draw. One need only look at the long lines, sometimes around the corner, at any major fitness expo. Are there schmoes? Of course, but the stereotypical schmoe is a rare breed. Most of the guys in line, waiting patiently, are regular looking guys – and many, many are ripped bodybuilders – not shy recluses with cold, clammy, sweaty palms – no Steve Urkel looking dudes, either!! But let’s face it, to an insecure, sexist guy, Women’s Bodybuilding is akin to the Antichrist to a Jimmy Swaggart type. They don’t want to see physically and emotionally strong women, with droves of fans, and mountains of success; they’d rather see women in bikinis, with little muscle, and in no way threatening their level of hardcore training or sacrifice. Again, I’m not digging very deep here, I’m stating what’s painfully obvious – even if few other writers care to admit it. Most of the guys who hate on Female Bodybuilding, are sexist, insecure, little men (who are probably in love with the look, anyways). Nonetheless, and whatever their true motivation may have been, these boneheads made enough noise (over time), that they had a huge hand in having muscular women written off. The climate had changed drastically from the 80’s, 90’s, and even early 2000’s.

Up until Jake Wood’s Wings of Strength, there wasn’t a real way for Women Bodybuilders to realistically earn a living off of competing. Sure, there was personal training, the occasional seminars, and maybe some expo work, but the contests weren’t there and the prize money was scarce. The same people who tried to kill Women’s Bodybuilding, made it as to where the only ways to earn a living for these amazing athletes, was gray area, mostly questionable online work. You had legitimate athletes, internationally-respected champions, finding themselves forced to scrape by in order to keep their dreams alive. When there was no longer a Ms. International or Ms. Olympia option, there was basically nothing. There was nowhere to go. It was a very sad time. But the women didn’t give up!!

With the advent of the Rising Phoenix contests and with the winners then competing at the prestigious WOS World Championships, it wasn’t like a 9th life or a distant, fading pulse had been given. Jake Wood’s WOS brought about a renaissance of Female Bodybuilding, giving these world class athletes, WORLD CLASS RESPECT! It’s respect they’d earned and respect that’s absolutely imperative moving forward. There’s once again great prize money, great media opportunities, and real enthusiasm about the future. A big reason for the optimism is that WOS only works with the very best, including superstars like 8x Ms. Olympia Lenda Murray, who in addition to her key role, is also a contest promoter in her own right! There’s so much credibility here, both in terms of appearance, as well as in terms of legitimate management/operations, that it’s given so many women looking to compete a real alternative to Bikini and Figure. There’s nothing wrong with Bikini and Figure – I love both divisions, but there’s more options. Bodybuilding is the flagship division, it’s the toughest division, and if men are going to compete in it, well women should be there every step of the way!!

Further, I would like to see the return of the Ms. Olympia. I have always held out hope that the title would one day return. Although the Rising Phoenix contests are amazing and the World Championships is a great contest, crowning one of the best Women Bodybuilders in the world, awarding $50,000, and a decked out Jeep, no one can truly be #1 in the world, in any physique-based division, unless they win at the Olympia. I understand the Olympia is owned by AMI/Weider and WOS is a separate company, so that presents some logistical complications; however, with Dan Solomon now in the mix and an undeniable, renewed interest in Women’s Bodybuilding, from contests to fanfare, I feel an even stronger amount of hope, that we will see another woman crowned Ms. Olympia in the near future.

I hope you enjoyed reading this article, here at Iron Magazine, and I look forward to reading your comments.